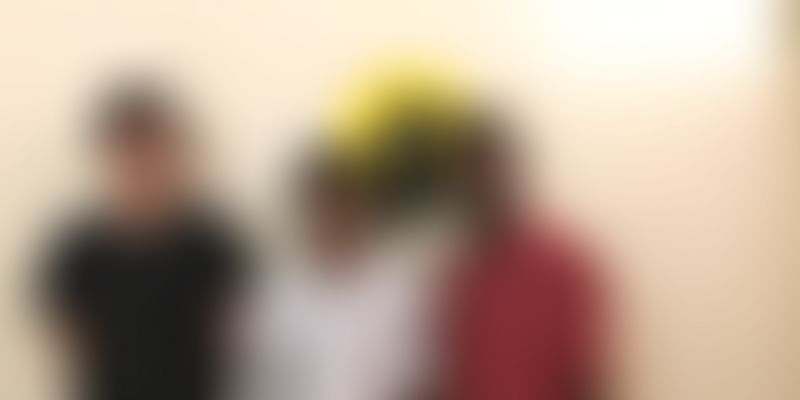 This Chennai-based startup is training students and corporates in communication and articulation.

“Communication is a skill that you can learn. It's like riding a bicycle or typing. If you're willing to work at it, you can rapidly improve the quality of every part of your life.” — Brian Tracy

This was exactly what six friends–Vishal Vasanth, Sidhaanth KD, Rahul Sridhar, Barath Balaji, Sharat Subramanian, and Kavya Sreekumar–discussed while sitting at Chennai’s Besant Nagar Beach one day. Soon, they delved into the pros and cons of the Indian education system and what could they possibly improve on.

During the course of their conversation, they all agreed on one thing: no matter how intelligent you are, unless you’re able to communicate, convince, and collaborate, ideas are not likely to take off.

“We noticed that a lot of our friends were missing out on life-changing opportunities because they couldn’t communicate effectively where it mattered, be it a debate, a job interview, or even inside a classroom–a place of comfort where everyone knows each other. We dug a little deeper and realised this was the case for most people,” says 22-year-old Rahul.

That was how Warhorse, an educational enterprise that helps individuals be the best version of themselves by helping them communicate, think, and know more, was born.

The team designs creative short- and long-term courses to hone essential life skills. Vishal and Rahul have known each other from school and have competed against each other in various debates and competitions. This continued right through college where they also judged several debates and elocution competitions together.

Building the team and the course

After Vishal started Warhorse, Rahul joined in as the co-founder and later Sidhaanth joined as the third co-founder while still in college. They slowly came to realise the deeper problem in communication and its result–a problem in the way education is delivered.

Barath, Sarat and Kavya soon joined as the early employees. Currently, they are a 12-member team, and in the process of scaling up.

Having spent a considerable amount of their lives on debating, model UNs, theatre and comedy, this seemed like a problem they could attempt to solve.

They began by building short-term courses on public speaking and started working with a few schools. But when schools closed for the summer in April, they decided not to wait till the next academic year and refurbished their office space into a makeshift training centre. Explains Rahul,

What started as a one-off debate workshop to keep us busy in the summer, through quick word of mouth, became a full-fledged summer camp. With little effort we managed to get about 50 students spread over four batches. It was an exciting period of time. Right out of college, we launched something of our own and people lapped it up. But what next?”

They realised that speaking, like any skill, couldn’t be mastered by attending a summer camp. While they were able to see significant changes in some of the kids, the process had only just begun.

After getting incorporated in May, for a month, the team locked themselves in with every book/video they could find on thinking and speaking.

“This helped us understand the scope of what could be taught in a long-term course and with it, Project DELTA ( Debating, Elocution, Liberal Arts, Thinking, and Analysis) was born. With DELTA we gave ourselves enough time to teach public speaking and debating in a far more nuanced manner,” says Rahul.

They realised that to speak better, one had to think better and to do that they needed to learn a lot more. The course, therefore, has roots in psychology, debating, philosophy, and the model UN.

Bringing in a teaching difference

“We launched DELTA in June 2016 and expanded to nine schools and three centres in the city. One of the key takeaways for us from all this was that kids liked to learn anything as long as the class was engaging,” says Rahul.

He adds, "We think of certain subjects as ‘boring’ probably because the delivery was so. If the class is fun, any subject automatically becomes interesting."

They expanded their reach by building a short course for college students and eventually made their way to corporate training by the end of 2016. However, they found that they needed to touch the next stage. Rahul says,

“This was when we were hit by the second question that made us rethink our own approach. After one of our history classes, a student came up to us and said that she absolutely loved the class but asked why exactly she had to learn it.”

That set them off on a process of introspection–did they want to teach people a few things or change their entire thought process?

They found that their aim essentially was to make each person the best versions of themselves. With this new vision, they created their brainchild, The Academy, which is focused on personalised learning.

The aim of The Academy is to expose kids to a variety of subjects but let them choose what they want to learn. Schools are great for learning the traditional way, but the team wanted to create an atmosphere outside it where subjects that weren’t taught in school were offered.

The Academy would achieve that by having its core curriculum in public speaking and debating but also offer a variety of electives ranging from theatre to history to literature to dance, all taught in an engaging fashion.

“Basically, any subject that could get you to your best version would be offered at The Academy. We plan to roll The Academy out this July,” says Rahul.

According to a report by IBEF, India, with more than 1.4 million schools, over 227 million students enrolled and over 36,000 higher education institutions, has one of the largest education systems in the world.

Also, the e-learning market is the second largest after the US. The distance education market is expected to show a CAGR of 34 percent by 2018. One of the biggest institutes focused on corporate and school training is Dale Carnegie.

Setting up educational institutions takes time, effort, and experience. Adding to this, the team at Warhorse say that one of their biggest challenges was coming to terms with the fact that they had absolutely zero experience in running a company.

“As founders, we had to take care of everything–right from designing and building our courses to setting up the office, scouting for places to train, marketing, hiring, maintaining accounts, visiting schools, and drafting thousands of emails,” adds Rahul.

Today, Warhorse has nine centres in Chennai and is rapidly expanding its reach to more schools in the city. Apart from training over 1,000 students in Chennai, they’ve also started operations in Coimbatore.

Currently bootstrapped, the team aims to offer a wide range of electives from as many fields as possible.