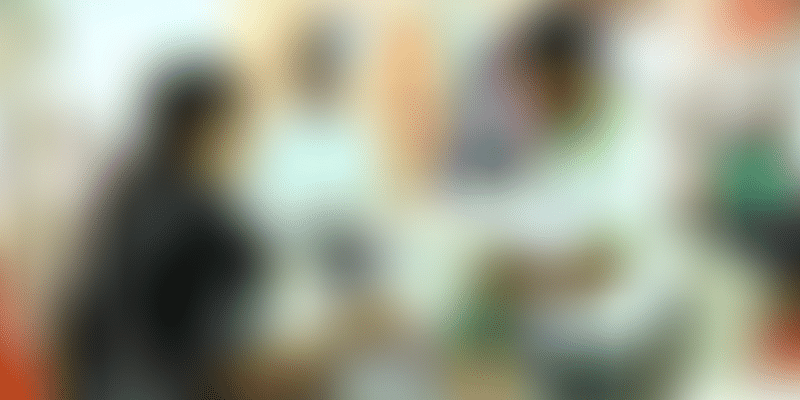 Millets are among the healthiest foods available today and can combat a plethora of widespread illnesses. So why aren’t they more popular?

Sedentary lives and unhealthy eating habits have caused the proliferation of lifestyle diseases in India’s urban population. Obesity, hypertension, and diabetes are afflicting millions of people, and the problem is only getting worse. Treating these diseases involves high costs along with long, and sometimes endless, treatment periods. So, what if there was a way to prevent, or at least reduce, the occurrence of these diseases? One that didn’t involve living a monk’s life in the Himalayas? There is a way and it is the introduction of millets into our diets.

Millets offer an exhaustive range of health benefits to consumers. They are nutrient-rich, have a high fibre content, and low glycaemic index — making them ideal for fighting obesity and diabetes. They are also gluten-free, which makes them perfectly safe foods for people suffering from Celiac disease — an illness marked by a severe allergy to wheat that affects several million people across the world. With such positives entailing their consumption, it’s a wonder that millets aren’t more popular in India, especially since they’ve been cultivated in the country for millennia. Why is it, then, that millets are not a core part of our staple diets?

It’s evident that fitness and health are becoming important for today’s urban Indians. The cosmopolitan citizenry is thronging to gyms and cross-fit centres en masse, and shunning junk and fast food in favour of healthier alternatives. But when it comes to food choices, a large majority of these health-conscious people opt for quinoa and oats over millets despite the latter being the healthiest choice of the lot. Talking about why this is so, Vilas Tonapi, Director of Indian Institute of Millets Research, says, that “copying western consumerism is the rule of the day.”

And he’s right, but it would be unfair to chalk down the unpopularity of millets in India to western trends. It is, however, the lack of awareness about the ‘wonder crop’ from which the lack of demand stems.

“I don’t know about millets, much less how healthy they are,” said one health-conscious woman. “There is a lot of information online about how oats and quinoa are good for your health and that’s why I buy them,” she stated.

A lack of awareness is the most significant issue preventing consumers from buying millets. The second is their availability. “I know that millets are healthy. They are foods that my parents and grandparents swore by, after all. But they’re not readily available in the supermarkets where I do my grocery shopping,” said a resident of Whitefield, Bengaluru.

Not only are millets more difficult to find in retail stores, when compared to quinoa and oats, they also tend to be more expensive too. This further dissuades any potential consumers from buying millets or millet-based products.

While awareness is the key problem to the popularity of millets in India’s urban cities, an archaic stigma against the grain poses a problem as well. The Green Revolution of the sixties made rice and wheat the food of choice for ‘high society’ while millets — which were earnestly consumed by farmers and manual labourers — gained a perception as ‘poor man’s food’, says Krishna Byre Gowda, Karnataka Agriculture Minister.

But while the ‘poor man’ enjoyed the health benefits of a millet-rich diet, the ‘high society’ has seen its health deteriorating, courtesy of a diet that is both nutritionally-deficient and processed food-rich. People can always change, though, and recent consumer trends would show that India’s urban population is slowly warming up to the idea of consuming millets.

“We have seen an increase in demand for millet products in the past few years,” a spokesperson for 24 Mantra, an organic food producer, retailer and exporter, told YourStory. “It’s not only in India, but in foreign countries too.”

Several other organic foods and millets producers recount the same story. Dhatu Organics, Phalada, Grain Stories, Powerpuffs, Soulfull, and Organic Tattva are some of the companies that have witnessed an increase in millets demand in the past couple of years.

These companies are distributing to several retail stores and online marketplaces and are making use of easy-to-eat packaged products to cater to the consumer generation that is always pressed for time. Soulfull, for example, sells breakfast cereal like ragi flakes and millet muesli in most supermarkets around Bengaluru. Powerpuffs sells millet-based, baked snacks that are a healthy alternative to fried potato chips.

Despite an increase in demand, widespread acceptance of millets among the cosmopolitan class of citizens—the group that is most prone to lifestyle diseases—is yet to be seen. After awareness and availability, the final hurdle that needs to be tackled to make this happen is incorporating millets in people’s staple diets. Even those who know about millets and have access to them are clueless about how easily they can be used in their everyday meals.

Most people view millets as some special, niche food that’s meant for occasional consumption. Whereas they can be used in any meal of the day, whether traditional or non-traditional. “Millets are very versatile and can be used to make soups, appetisers, main courses, and desserts,” said Hema Aravind, Chief Dietitian at M.S. Ramaiah Medical College and Hospital. “From dosa, idli, and upma to pizza, ice cream, and pasta, millets can be used in almost any food,” she added.

Millets are neither a poor man’s fare nor are they ‘special foods’. They’re an incredibly healthy option that help combat not only some of the most serious health problems in the country, but their cultivation also helps protect the environment, which has been steadily deteriorating due to climate change and harmful agricultural practices. The public needs to be made aware of the several benefits millets offer, and they need to know how the grains can be used in their daily diets. And this is possible only through extensive marketing and large-scale awareness programmes along the lines of Organics and Millets National Trade Fair.