How to create the ideal work environment for maximum productivity 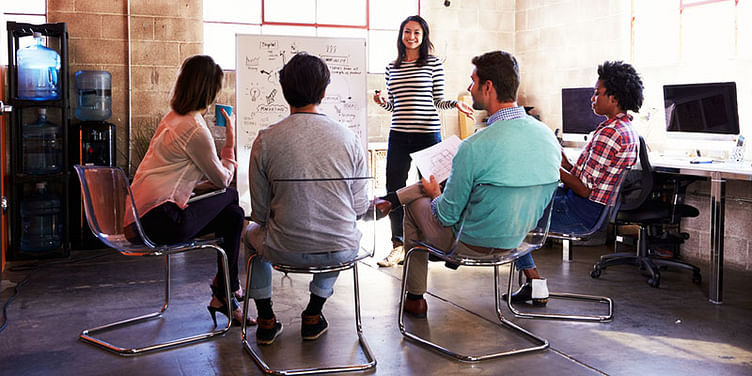 A company’s work environment is one of the most crucial factors affecting the performance of its employees. A workplace that causes physical or mental discomfort to its employees is guaranteed to see lower levels of productivity. And why wouldn't it? People can't be expected to give their best at work if the very idea of going to the office fills them with dread and stresses them out. However, when an office is conducive to a relaxed environment – one where employees are not needlessly encumbered by factors beyond their control – the business will automatically witness higher levels of productivity, engagement, job-satisfaction, and motivation in its employees. Here are four steps you can take to create the ideal work environment for your employees who are, after all, the most valuable asset of your business:

Open-plan offices seem to be all the rage these days. A trend initially sparked by startups, it has since been adopted by countless enterprises in a bid to reinvigorate their employees through what they think will improve communication and bolster the flow of ideas. But several studies have shown that open-plan offices yield countless negative results and hardly any positive ones. The lack of ‘psychological privacy’ that accompanies such a work layout is detrimental to creativity, focus, and as a result, job performance. Also, there is no discernible rise in collaboration between employees, most of whom just want a private space to concentrate on their work. Add to that the ceaseless distractions, primarily noise, that spring up in an open-plan office, and you have the best recipe for minimum productivity. Not only that, such offices also result in more sick leaves being taken by employees as compared to their closed-space counterparts. So, perhaps it's time to eschew open-plan offices in favour of ones that accord employees private spaces to do their work without distractions. If that isn't feasible, companies should at least try following a segmented office layout that has separate areas for quiet work, to conduct calls, or hold meetings.

While brainstorming sessions are believed the best way to unleash the potential of the company's employees as a collective group, research has proven that they don't work. A study by Yale University showed that brainstorming sessions end up reducing the creativity of individuals participating in them while those who are asked to ideate on their own often come with better and more effective solutions to the presented problems.

Leigh Thompson, a professor at Northwestern University, after going through several studies on improving the creativity of work groups, concluded that brainstorming sessions can be useful, but not in the manner they're most commonly conducted. She stated that individuals are more creative and generate better ideas when left alone – divergent thinking – whereas groups are better at selecting the most promising ideas out of the pool – convergent thinking. To this effect, she suggests that brainstorming sessions follow a strategy where individuals are asked to write down their ideas and then share them with the group for feedback. Conducting multiple rounds of such sessions allows employees to build upon others' ideas while deciding which ones are worth pursuing.

Flexibility is the need of the hour

For all the talk about ‘work smarter, not harder’, most companies have such strict processes and policies in place that their employees are rendered incapable of doing either. Flexibility at work, on the other hand, has several invaluable benefits. Firstly, allowing employees to work on their own time gives them a better work-life balance which in turn dramatically reduces stress and improves their psychological well-being. Secondly, employees who can dictate their own work schedule will invariably be more satisfied at work due to the autonomy they've been granted. No one likes being forced to adhere to schedules and policies that exist just for the sake of it and doing so robs them of any pleasure they may derive from their jobs.

Thus, the freedom and reduced stress derived from a flexible work schedule directly translates to higher levels of job-satisfaction and increased productivity. Of course, every enterprise requires rules and policies to function; winging-it has never been a formula for success. But the requirement is to only implement those rules which your employees understand, view as legitimate, and truly benefit from. Any organisation that enforces strict work hours and processes that restrict an employee's work comes across as a bureaucracy, and no one likes working for one of those.

The importance of open and effective communication in a workplace has been touted countless times and for good reason. Employees who interact with each other regularly soon build a rapport and work more effectively as a group. And the flow of communication should exist across all strata of positions in a company – from the upper-management to the junior-most employees, everyone should be asked to contribute in decision-making and ideating.

Feedback is another extremely important aspect of a good communication strategy. Along with dealing out constructive criticism when it's warranted, it's crucial for the management to provide positive feedback to employees when they deserve it. Even acknowledging an employee's contribution with a simple 'good job' or 'thank you' goes a long way.

Another vital practice is telling employees how their work contributes to the company's overall goals. Doing so makes them feel more valued and increases their enthusiasm, which in turn drives them to put in more effort at their job. It's not only the employees; managers should be equally open to feedback as well. Allowing your subordinates to suggest changes and then implementing those changes is a great way to create trust and gain loyalty. Any business that has this aspect nailed down is always going to succeed.

The first point in this article may be hard to implement in your office but the others are easy enough to do so. So, if you want to bolster your employees' performance while simultaneously increasing their job-satisfaction and enthusiasm to work, get to deploying these strategies sooner rather than later.