With a kid-friendly version of Tony Stark’s Jarvis, Emotix looks to leverage AI to improve EQ 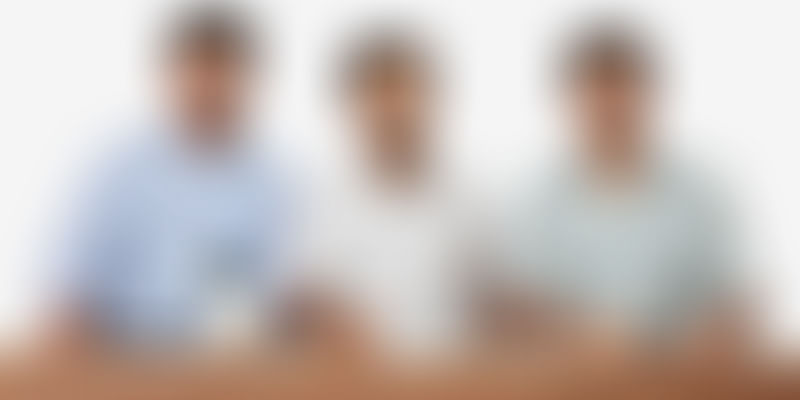 Sneh Vaswani, Prashant Iyengar and Chintan Raikar have been building robots from their student days, but seeing an unaddressed market need with room for impact, the trio co-founded Emotix in 2014.

Smartphones have revolutionised multiple sectors from ride-hailing to e-commerce and logistics while also becoming a mainstay of information as well as entertainment inside our homes. While smartphone addiction among adults is an issue, addiction among kids is an even bigger concern because of the potential long-term impact it could have on their growth and behaviour.

But smartphones and the internet, if used right, can be great learning tools too. Emotix, founded in Mumbai in 2014, is positioning its first product—Miko—as an emotionally intelligent companion robot capable of engaging, educating, and entertaining a child. The Emotix team spent almost two years perfecting the product and aims to launch more products in this space. Here is their story.

During their student days at IIT Bombay, Sneh, Prashant, and Chintan built everything from heavy industrial robots to miniature micro mice and participated in various competitions. They also went on to build a 30-member team on campus, which came up with ‘Matsya’, an autonomous underwater vehicle.

Today, Matsya in collaboration with the Naval Research Board focuses on various research activities to help naval divers and coast guards. Apart from the Navy, Chintan says they have also helped companies in the oil and gas industry accomplish different tasks.

After graduation and a stint in the corporate world, the trio wanted to solve real problems, and Indian consumers’ emotional needs captured their attention. They interacted with over 20,000 kids and over time identified and validated 30 emotional needs in their everyday lives. Chintan noted that to improve their current and subsequent products they continue to interact with kids regularly and the number recently touched 50,000 in May 2017.

The Emotix team realised that today’s children interact with technology from a young age, so a large portion of their time is spent in front of screens, which can be addictive and may inhibit the development of their social skills, including communication. With these pain points in mind, a global team of over 20 engineers, mathematicians, artists, and neuropsychologists worked for about two years to develop a companion robot to take children away from these screens. Their target audience was children in the age group of five and above.

Parents need a positive and trusted gateway of technology because they realise children have to learn to coexist with technology to remain competitive. So the Emotix team believes that the solution to the significant challenges technology poses will come not from purging technology from our lives, but from newer, better technology.

This demo video provides an overview of Miko’s capabilities.

Currently retailing for Rs 19,000 through the website, Miko needs to be paired with a smartphone via Bluetooth and can provide three hours’ worth of conversations on one charge and about 1.2 hours of movements and conversation. Parents can also have access to a dashboard via a mobile app and can tweak Miko’s interactions with their children as they see fit.

Chintan mentions that Miko has been programmed with social interactions and an adaptive personality, which means that the companion bot leverages its knowledge base (powered by the internet) to talk, respond, and learn information about a child to guide interactions. Then, over time, Miko will be able to adapt and cater to specific needs.

A recent report by Research and Markets estimates that the global industrial robotics market was $28.22 billion in 2014 and is forecast to reach $41.18 billion by 2020. The consumer robotics market is also large and growing, with giants like Alphabet, Samsung, Rethink Robotics, SoftBank Robotics and Toyota expressing a keen interest in this space. There is great interest in home assistants like Google Home, Alexa, and Apple’s upcoming device, HomePod.

The Emotix team believes that social robotics powered by AI will be the next big wave after smartphones. There have been a few social robots for children in the international market—namely Cozmo by Anki and BB8 by Sphero (which was released with Disney to coincide with the release of the new Star Wars). But Chintan believes that these robots are more like toys and not companions.

While he doesn’t share exact numbers, Chintan mentions that their first production lot was sold out within two months of launching. While they have shipped Miko to even remote locations in India, their top three markets are Mumbai, Delhi, and Bengaluru.

On the whole, the Emotix team notes that Miko has evoked positive responses from various sections of society across the globe. Emotix has also raised a seed round of funding from undisclosed investors whom they describe as well-known angels, corporate thought leaders, and university academicians who back highly differentiated projects that encompass the latest in technology and social thinking.

In the previous five years, the Indian smartphone market has exploded to represent eight percent of the world’s smartphone market, showing the enthusiasm of Indian consumers to adopt new technologies that solve their needs. Emotix wants to capture the larger artificial intelligence and consumer electronics market with its upcoming products.

The team believes that with Miko, they will catch the attention of 40 million Indian parents and capture a significant portion of this market. Based on their five-year plan, they aim to launch more emotionally intelligent products for Indian households. Sneh says, “We live in a world where companion robots are not as commonplace as smartphones are today. We are only beginning to understand the consumer needs robots can satisfy. That being said, we envision a future where robots play a significant role in our home lives.”