From Aadhaar to automation: how social debates are getting more and more complex 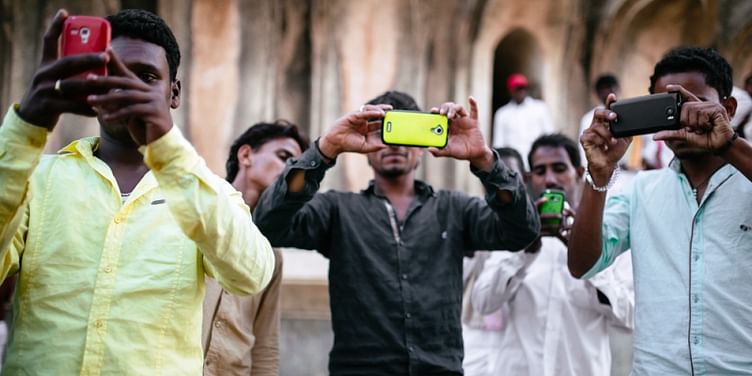 We face a range of social issues that are deeply ingrained in technology, such as Aadhaar and the right to privacy, the financialisation of the economy and the recession in the Indian IT industry due to the rise of automation and AI.

We have all heard the story of the seven blind men and the elephant, where each one of the seven experiences the elephant as a snake or a tree, but never as an elephant. When it comes to social realities, we are worse than those seven men: not only do we have contradictory experiences, we also think that other people must be evil for having the experiences that they do. It’s as if one blind man thought the elephant was a snake after feeling its trunk and another blind man thought the elephant was a tree after touching its leg and each thought the other was a devil for believing differently. Whether it’s the beef ban, the behaviour of soldiers in Kashmir or demonetisation, both sides of the debate think the worst of the other.

Those who are pro-demonetisation will argue that it’s the only way to get rid of black money and funding for terrorism. They also think that their opponents are people who are hiding crores in their mattresses. Or else why would they be complaining? In return, those who are against the demonetisation argue that the government’s real reason to do was to win the Uttar Pradesh elections by denying funds to their opponents or to get rid of competition in the farm sector so that large agribusiness can take over.

Is there a different way? Can we hold competing ideas in our head without assuming that a person who thinks the opposite is still a reasonable human being with a legitimate concern? I am no stranger to the difficulty of that struggle: in principle, I want to uphold the integrity of my opponents but as a person with strong views, it’s easy enough to believe that those who disagree with me are idiots.

Writing those thoughts helps me take a more objective position. In my previous article, I explored a dilemma that many of you might share: I don’t want to eat beef (or the meat of any other animal, for that matter), but I don’t want to ban the sale of beef either. That’s strange, isn’t it - to be against the eating of beef and against the banning of the eating of beef?

You might think that’s because food is a personal choice, that I choose to eat what I want and you choose to eat what you want and neither can tell the other what to put into their mouths. That might go along with a general liberal attitude towards lifestyles in general - that in matters of food, worship or clothing, there’s no right or wrong answer and that all of us get to do what we want for the most part.

That’s one understanding of being liberal, i.e., “live and let live.” Unfortunately, that’s not my reason. For one, the same liberal is completely unwilling to have school books teaching that eclipses are caused by Rahu eating the sun. Why not live and let live that way? But you might say that the moon coming between the sun and the earth is science while Rahu eating the sun is superstition. To continue our liberal story, we are deeply attached to the truth and don’t let untruth pass off as fact.

Fair enough, but does that mean that there are no facts in matters of food, clothing or worship, that in fact those beliefs are entirely subjective and essentially worth nothing? That’s a pretty damaging statement isn’t it; surely no religious person will accept that their belief in a deity is worthless. Or, as a vegan, I might say that there are real facts behind the non-eating of dairy and meat: that it causes untold suffering to animals and that the land and resources devoted to raising animals for food are better devoted to growing plant-based food for the undernourished millions.

Who decides what’s right or wrong?

That is to say, the real test of “should I do X?” or “should I do the opposite of X” is when both sides have a real claim to being correct. Meat eaters, who are a majority in India, might say: we have been eating meat for centuries and those habits and rituals are part of our tradition. Vegetarians might say the exact opposite. In the same way, Jallikattu proponents might say, “Sporting with bulls has been part of our culture; who are you to say no?” On the other hand, PETA advocates might say, “These bulls are being mistreated; why hurt another creature for your own enjoyment?”

Should we go with culture and tradition or with animal rights? What about situations when one tradition’s idea of eating beef clashes with another tradition’s idea of not eating beef? More generally, what does one do when there are two conflicting positions, both of which have historical backing as well as evidence in their favour? Every important social issue is like that - there are good reasons to demonetise and there are good reasons to keep the cash flowing. It’s in the very nature of complex problems that they admit multiple perspectives.

This is not new, by the way. After all, Arjuna set aside his bow and refused to fight precisely because he wasn’t sure about the about the superiority of his cause in the face of killing his kinsmen. At the same time, he got to the battlefield because he did feel his cause was just. So should he fight or not? The Jains formalised the many-sidedness of the elephant with the concept of anekanta, i.e., “more than one side.” That doesn’t surprise me, for a tradition that goes to such great lengths to prevent harm will naturally take seriously the idea that I cause harm by trampling on someone else’s point of view.

My goal in these articles is to present the 'anekanta-ness' of social issues, especially those involving technology and development in an essential manner. Wait, aren’t science and technology free of ambiguity? Isn’t there always a right answer? Either the machine works or it doesn’t.

Those days of innocence have passed if they were ever true. Let’s consider the bundle of issues to do with how computing and politics are coming together in India. That encompasses a range of issues such as Aadhaar and the right to privacy, the financialisation of the economy and the recession in the Indian IT industry due to the rise of automation and AI. These aren’t cut--and-dry technology problems; wages in Indian IT are stagnating and we all know that the IT majors want to get rid of as many people as they can but they can’t do so for fear of the political repercussions. In that situation, Aadhaar can be a godsend, for Aadhaar-based IT services can open up a domestic market where Indian firms will have an advantage. But, then, what do we do about the invasion of privacy that we know will come with that IT infrastructure? Who will save us from a government that knows where we live, where we eat and where we sleep? What will we do when someone hacks into the Aadhaar database and changes your record, or worse, uses your record to commit crimes?

Technology and development are the unspoken elephants in the room. While we want to believe that they are objective, their social reality is many-sided with a vengeance. But that only makes it more interesting! I will be exploring their many-sidedness in future essays.