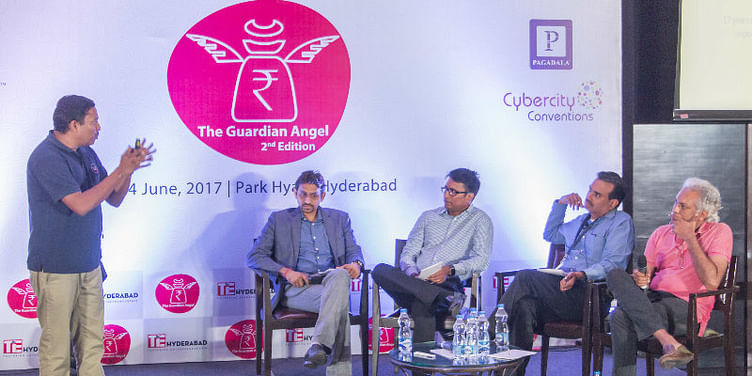 Out of the four startups (that were shortlisted from 125 applicants) that pitched their idea to pin-up investors Mohit Srivastav (NRI Startup India), Kishore Ganji (angel investor) , Venkat Vallabhaneni (Paramparas) and Rajeev Menon (Anthill) HUG Innovations succeeded in raising funding from NRI Startup India. The other startups that pitched their ideas were GoLive Gaming, Voltus Wave and Cargo Exchange.

The second edition of TiE-Hyderabad- The Guardian Angel comes in the heels of a successful debut in 2016 where two startups raised funds to the tune of Rs 1.75 crore.

“We believe startups could add several millions to the economy with the right support and finance to scale up. Our instant live funding initiative is designed to tackle this funding gap. Such opportunities also open a new window of hope for these young startups and raise their spirits to newer levels. It will also encourage them to bring exclusivity and innovation to to the table,” ​​said Pradeep Mittal, President, TiE Hyderabad.

Focussed on the lifestyle category, Raj Neravati and his team decided to create a smartwatch and HUG Innovations was founded in October 2014. The three functionalities that differentiate the product from a smartphone include personal safety, IoT gesturing, and integration with nutrition, health, or fitness regimes.

In an earlier interaction with YourStory, Raj had said, “Most devices follow rules and guides entered by the user. But the HUG smartwatch gathers critical information about a user over time and runs machine learning algorithms in the background to make a base pattern for the user, based on his/her everyday lifestyle. Depending on this pattern, the watch guides and suggests the user. These could be small things like notifying you that you are late for lunch to guiding you what Indian cuisine you can eat from Indian delicacies based on your calorie intake.”

The HUG smartwatch provides all the standard features of a smartwatch ‑ call management, dialing contacts, notification alerts from social media, e-mails and news. The watch also provides a standard template of messages, which a user can respond with, in case he/she is unable to receive a call.

According to the Yearbook, published by the United Nations Industrial Development Organization (UNIDO), India was ranked sixth among the world’s 10 largest manufacturing countries, rising from the ninth position.

In January this year, the government reportedly received proposals of Rs 1.20 lakh crore from companies that have expressed an interest in manufacturing electronics in India. HUG smartwatch competes globally with smartwatches from Apple and Motorola or fitness wearables like Fitbit and the Xiaomi Mi Band.