Now, Jaipur gets all-women police squad to protect its women on the streets 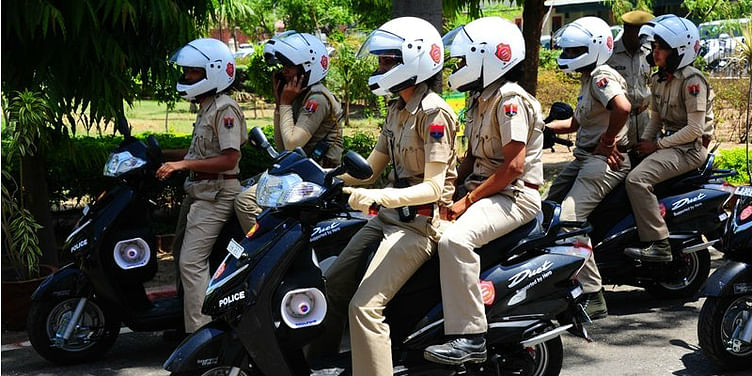 As of May this year, Jaipur's streets will be patrolled by the members of a 52-member, all-women police squad, to keep the streets generally safer and more secure and comfortable for women.

The authorities state that this initiative will have a dual impact - besides making public fora more secure for women, the squad also aims at bringing strong women and authority figures to the fore and normalise their power - thus proving in a state like Rajasthan, known for acts of regression, that women can fight to protect themselves as well as others.

This squad is said to have received special training in martial arts, and has been deployed armed with batons and wireless sets, to 200 strategic points in the city - outside schools, colleges, temples, parks and popular malls.

They will be on duty from 7 am to 10 pm, and will ply on two-wheelers.

"The decision to launch the police patrol was taken in February this year, the women from the police force were asked to volunteer and then they were screened," said city's top cop Sanjay Agarwal, according to this NDTV article, adding, "We want to give the women component of the police force a more visible role."

The constables are reiterating that their responsibilities do not include policing couples or youth of the opposite sex spending time together in public places, but to simply screen out miscreants and keep nuisance like verbal harassment, that is cat-calling, at a low. "We will not unnecessarily target couples. Why should we? They are like us, they are not troubling anyone," said woman constable Suman to NDTV.

Ranju Mehda, vice-principal of a college in Jaipur, tells News Deeply that patrolling must be accompanied with sensitisation in order to nip the problem at the bud. “If there is more patrolling, then men who harass women will be more scared because they know they can be caught. But that’s not a long-term solution, it’s just a first step. What we need to do is change the attitude of men,” she says.

Incidentally, Jaipur is counted amongst India's most unsafe cities. And recently, Udaipur also instated these squads for the same purpose.