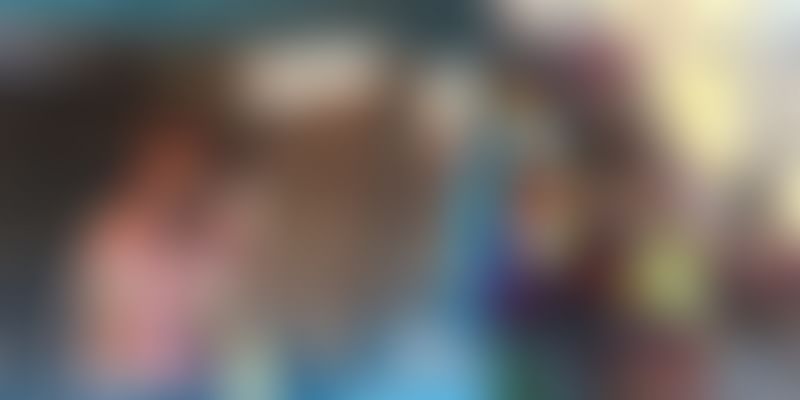 Migrants account for about a third of India's population, yet their narrative goes unheard.

Internal migrants in India account for more than 30 percent of the total population, with estimates ranging from 326 million according to the National Sample Survey 2007-08 to 453 million (2011 Census). According to the latest available data released in December last year, there are 45.36 crore migrants in India, who make up for 37.8 percent of India’s 121.03 crore population. Despite these staggering numbers, migrant narratives repeatedly go unheard and undocumented for in the world’s largest democracy. Even the ones recorded are limited to newspaper articles that portray migrants as a burden on the working of urban systems sidelining their marginalisation and vulnerability.

Internal migration in the millennial context is often discussed as a phenomenon that is either forced or impelled by certain push factors. However, I was surprised to discover some of the more complex and rooted reasons as to why rural folk migrate for work, when I was touring drought-hit areas of North Karnataka recently.

The migratory tale of the Lambanis

It was around noon when I reached the dusty and arid settlement of Mahaal Tanda, on the outskirts of Bijapur in North Karnataka. I was welcomed with a strange sense of wonderment and a few puzzled stares by many of the Lambani community, who made up about 90 percent of the village population.

And, soon, I was pleasantly surprised to know that for the isolated Banjara (nomadic) community of Lambanis in Karnataka, migrating for work is a rather cultural practice than an economic necessity.

The Lambanis of Karnataka are vastly a nomadic community of 1.1 million mostly concentrated in the northern districts of the state. With their unique artisanship dying a slow death, the tribe’s distinctive identity is constantly at stake. And the worst drought in three decades has only added to their woes.

“Yes, the drought has aggravated the number of people migrating this year, but that’s only a contributing factor. Even otherwise people migrate along with their families in search of continuous employment,” says Sandeep Naik, who has been to Malkapur in Maharashtra for two years in a row now.

According to Census 2001 figures, about 30 percent of internal migrants in India belong to the youth category. However, the reasons that influence these rural youth to move in search of better opportunities might vary significantly. Sometimes it might be better wages, sometimes it is bonded labour. And some other times it might be to arrange emergency finances for familial commitments like weddings, as shared by the village folk of Mahaal Tanda.

The young and able ones from the tanda, including women, often take up 'goundhi kelsa' (construction work), 'kab kattao' (sugarcane cutting), road building and other seasonal, irregular jobs. “Sometimes we go through company contractors who hire us by paying an advance amount. But, usually it is by word of mouth that we come to know of opportunities in the neighboring states of Maharashtra and Goa. It is hard work there with no holidays or rest but we are paid what we rightfully deserve,” added 31-year-old Sandeep.

A local social worker from the Tanda explained how sturdy Lambani women often load an entire truck with fresh sugarcane yield without the help of any men. At that point, I recalled how this was in stark contrast with the case of seasonal circular migrants from Jharkhand who never allow their women folk to migrate for work. During my ethnographic fieldwork in the tribal villages of Jharkhand, many labourers shared with me how the patriarchal setups in North India culturally ban women from accompanying their men who migrate regularly. While the man of the house is away, the wives are typically expected to stay back and look after the husband’s family.

Shockingly, the Census 2011 figures say about 70 percent of internal migrants in India are women. Marriage is often quoted as the most prominent explanations for female migration, with 21.7 crore of the 31.2 crore female migrants citing this reason. Unfortunately, any other reason is ignored, deeming the migration of women as merely associational. Moreover, it’s an irony that the Census of India authorises only one valid response as a reason for women to migrate. It is thus natural that marriage supersedes more compelling reasons, if any. Many females in India often double up their responsibilities, like in case of Lambani women, to support their husbands who migrate for work. But, such gendered voices of migration are hardly recorded or acknowledged.

Children's education is another aspect that is usually affected by these seasonal migratory patterns. However, it was praiseworthy to note that many Lambani labourers now leave behind their children in residential hostels or under the care of relatives who offer to help. However, that is not feasible for many migrant children across the country whose education often takes a beating when their parents decide to move in search of work. A majority of these children are often forced to drop out of schools at a very early age. A few migrant parents even expect their young children to help them in earning enough wages to keep their families going. Such a practice feeds into the vicious cycle of illiteracy facilitating unemployment, which then furthers the inter-generational transmission of poverty in rural India.

Though the Lambani community has reservations and entitlements, many residents of the tanda seemed reluctant to avail benefits from government schemes like Mahatma Gandhi National Rural Employment Guarantee Scheme (MGNREGA), which guarantees at least 100 days of continuous employment to rural poor. “The problem with NREGA is that the wages are poor and irregular. Most often we do not get what is promised. Hence, it is hardly functional here,” shared Purshotham Rathod, a non-permanent worker with BSNL.

It’s more to do with the lucrative pull factors

“The migration from our district is mainly due to pull factors than push factors. These pull factors include economic lucrativeness and the cultural tie-up that labourers have with neighboring states,” said Shivkumar. K.B, the District Commissioner of Bijapur. “If in case we succeed to provide them with regular job opportunities here that make their living economically sustainable, then these mass circular migrations of families might come down drastically,” he added.

Except for locked up homes, there were also households that were inhabited by only elderly people in the half-empty village of Mahaal Tanda. Often old people suffer one of the worst consequences of migratory processes.

The ordeal has been no different for 65-year-old Gujra Bhai who has been unable to access her pension from many years. With her seven children now constantly migrating for work, she and her husband are mostly left to fend for themselves. Shantha Bhai, a widowed old lady, also shared a similar story with teary eyes. With her five sons continuously being on the move, she is at the mercy of the youngest one to take care of her needs.

There are more narratives of similar migratory movements all across rural India. The National Sample Survey Office's (NSSO) 2007-08 estimates of seasonal or circular migration, involving back and forth movement between a source and destination, vary from 15 million to 100 million.

For example, take cases of the labour from Northern plains who come to work on metro rail construction, of families who work as bonded labour in brick kilns and salt pans across the country, women and children from Jharkhand and Bihar who move to neighbouring West Bengal during the season of sugarcane harvest, and plenty more. Despite the magnitude of such internal migratory patterns, there is rarely anything reported about the nature of these movements and their ramifications on society at large.

Further, it is also disheartening to note that many difficulties faced by internal migrants in India are often dismissed on the premise that the Constitution does not restrict free mobility within the country. Such a neglect further elevates migrant constraints related to lack of identity proof, residency rights, political representation etc.

Internal migration as a phenomenon in itself given less priority by the government, which is yet to revamp age-old labour laws to suit current patterns of mass migrations across the country. Will labour voices be documented rigorously at least then? Will distress migration issues be given urgent attention that they so deserve? Will migrant woes be considered while drafting polices in future? Only the future can tell. However, it’s time we acknowledged migrant narratives in a country where every third citizen is a migrant.