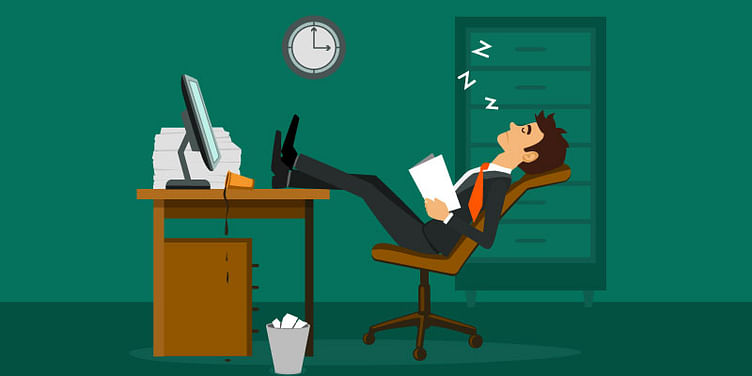 In a culture that rewards long hours in the cubicle, even longer meetings, and an unhealthy obsession with being busy, laziness is considered an epidemic.

But in my experience, ‘laziness’ has been the defining trait of the most efficient, productive workers. Here’s how:

Trust them to separate the proverbial wheat from the chaff. They are the ones to end unproductive meetings, waste no time on endless brainstorming that crossed its peak 20 minutes in the session.

They are fast and almost always right

The laziest teammates are the ones who work at the speed of light and get it right the first time. Why? Because their focus is almost always on not spending a minute more than what’s absolutely necessary on their share of the load.

They ace the art of delegation very early in their careers

Most new managers struggle with delegation because they are not trained to ask their teammates for help and sometimes, the best ones are also known to keep work to themselves so they can be certain of quality. But the lazy ones are capable of covering more ground by effective delegation of tasks.

What they lack in hard work, they make up in smartness

Whether it is automating the repetitive tasks or using every function of every Microsoft Office tool, the lazy ones figure things out quickly so they can do more in less time.

They have the best retirement plans

Nothing keeps the lazy souls at work more than the dream to retire at 40. They invest early and they invest well. They have a retirement plan sorted out. Their dislike for a good 40 years of nine-to-nine routine, traffic, commute, and working fingers the bone drives them to have a healthy relationship with their finances.

And they have the best work–life balance

Just because someone comes across as lazy at work doesn’t mean that is all they are. They just have the unwillingness to spend too much energy on things that don’t add value to their lives. They use these energy reserves in things outside of work because they are inherently able to look at life as a larger sum of parts. In general, these are the people who will plan their travels well, meet family more often, entertain like-minded friends, volunteer, and know a whole lot about a whole lot.

Laziness can either be a terrible bottleneck or just plain misunderstood. What we often judgmentally label lazy could just be an enviable clarity in what one wants out of their work and life.

When channelled correctly and viewed as a personality trait that also holds value instead of a sin of biblical proportions, a seemingly lazy teammate can be your best resource in crunch times. Trust them to solve bottlenecks or work around them, get the job done, and be out of the door on time. Even if your organisation is the kind that doesn’t recognise individual personalities or reward efficiency and productivity (it should be), it is not hard to see why all teams need a seemingly lazy person on their side. They are pretty cool people to have around!