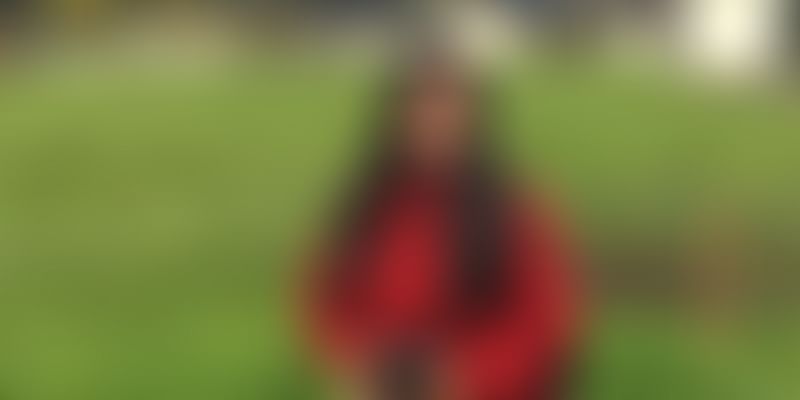 With her small-town roots, and trying to make it in the proverbial man’s world, it hasn’t been easy for Poonam but overcoming challenges has been the most gratifying part of her journey.

Founder of Delhi-based Marketing Solutions, Poonam Lal sums up her personality thus, “I grew up in a small valley town, Imphal, where there was never any rush to get anything accomplished, no huge career aspirations, no cut-throat competition, and no screaming social life unless your DNA had ‘rebel’ written in it! That’s what I was while growing up—a rebel. I aspired for everything I wasn’t supposed to, and always before time!”

This level of self-awareness floors me and I realise it probably has its genesis in Poonam’s childhood years. Hailing from a small community of non-Manipuris, Imphal was not an easy place for her to grow up in. The insurgency was at its peak then, which meant non-Manipuris were cautious about their safety. Despite the grim picture being painted, Poonam is quick to add that some of her fondest memories are from those carefree days.

“I grew up on an overdose of fairy tales and classic novels. Maybe it is my love for the make-believe that eventually got me into the experiential, events, and entertainment space,” explains Poonam.

Poonam took up her first job with a local newspaper writing odd pieces. It was just a way to make some pocket money during college but it turned out that she was good at it, and soon she was writing columns for a few publications.

After college, Poonam got married and moved to Delhi, where the culture and the flashy life hit her hard. But her survival instincts had always been great and she gradually found her footing. It was not long before she decided that, despite not having any clear career goals, she was not going to sit at home twiddling her thumbs.

For the first couple of years, Poonam continued writing for some publications in the Northeast. But the erratic hours were beginning to take a toll on her. She then worked her way through a slew of jobs, from an international trade fair management company, an advertising agency, to revamping India’s first and largest amusement park, Appu Ghar.

The Appu Ghar job was the turning point for Poonam. Her profile was to create a marketing department from scratch and increase footfalls and per-person spends inside the park. She threw herself into strategies, sponsorships, and events to change the brand positioning of the park, and in three years, changed the way people looked at Appu Ghar. Her boss gave her the freedom to think, learn, and experiment. Fifty-year-old Poonam says,

I learnt that you have to trust people with responsibilities and give them the freedom to think and do, even if they make mistakes in the process. Because only when you do that will you create thinkers and doers.

She finally decided she wanted to build her own company in the event marketing space and work for herself. That is how she founded Marketing Solutions in 2000, which was initially meant to be a generic brand solutions firm.

The team’s first break came when an activation idea was selected and the client asked them to execute it for him. They managed to do it well, and from thereon, Poonam decided to gradually build the company’s expertise in activations and events and started pitching for work in that segment.

Earlier, events and experiential marketing was about organising parties, sampling, or promoter-driven activities. Today, it is about experiences, because the most powerful way a brand can communicate with their audience is by creating a memory for them, an experience that the consumer wants to be part of. It is also about technology integration to create virtual immersive experiences.

Poonam is proud of the way her team managed the Panasonic Face of Beauty activation. They strategised an entire product launch, created brand experiences for the end consumer, and then took it to a digital level and finally television with a tie-up with MTV. Post the launch, they chose 15 leading malls across the metros and 15 colleges across six cities in the country. They created awareness for the product range by giving a touch and feel of the products in a live ambience. The live-activation participants battled it out for the top 12 slots in an online competition, open to public voting and jury say. The 12 leading the race then went on to contest in a reality show on MTV, for the final three winners. For Poonam’s agency, a project like this was a coup.

While we were growing as a company, I also created a simple philosophy that encourages every employee to work for their passion and not just for the client. In fact, I actively limit our clients so that everyone, right from design to production can indulge their heart and soul in it and practice a balance between time, effort, and creativity. Everyone is treated equally for that reason, and inter-department relations prosper with ease. The entire organisation is one big family that works, thrives, and celebrates together.

Poonam was invited to lead an initiative on gender equality that the Event & Entertainment Management Association wanted to drive. She helped formulate We Care, a women empowerment programme that works for safe and conducive workplaces for women in the events industry. We Care makes it mandatory for event agencies to comply with some basic safety and hygiene measures for women.

From security arrangements for female employees, a sexual harassment helpline, and better support system for working mothers, Poonam is helping make the sector safer for women.

It hasn’t always been easy. With my small-town roots, and trying to work in the proverbial man’s world, it really hasn’t! But then that was also part of the challenge. To not just survive but to ensure that you were noticed and respected for the kind of work you were doing.

Poonam believes that if a founder does not have a vision for the company, they are like an octopus, floundering in all directions. She says, “You have to have a long-term vision, with a road map, and short-term and long-term goals. When people join the team, we get them on the same page by telling them what we do and why we do it, essentially introducing them to the company DNA.”

Poonam strongly feels that women should never stop working because their work gives them a sense of self-worth. It also makes them financially independent and strong, creating a safety net should she or her family ever need it. Working moms create self-reliant children because they don’t hover over them. “Getting out of the homes to work also expands a woman’s world vision and widens our perspectives, and that is what we bring home too,” she says.

Poonam’s work requires her to interact with vendors of all sorts, and it has taught her great people-management skills. Poonam winds up with, “As an entrepreneur leading a team of people, I have learnt to put my people before me. I have become people-wise, money- wise, failure-wise, because nothing is permanent, especially not success. And finally, there are no shortcuts to success.”