From a model with Rs 10 to the lawyer who fought for Talwars and Lata Mangeshkar: Meet Priyanka Khimani 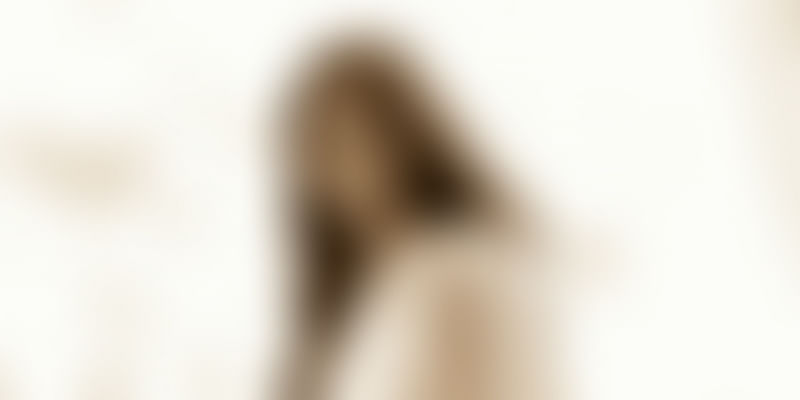 One of Mumbai's newer ‘celebrity law firms’, Khimani & Associates has quite an illustrious inventory of clients.

The lawyer-founder who lends her name to the firm thus landed on our radar, albeit leaving behind a stream of intrigue in her wake. This was because a little digging revealed that the woman with humble beginnings could just as easily have been a notable writer, model, and theatre personality, but decided to pledge her allegiance to saving the day for the distressed.

As the prolific writer masterfully scripts her own fate in an industry with a dark underbelly, she narrates her chronicles thus far to YourStory.

The Mahim girl—raised by Muslim and Gujarati parents in the typical Mumbai chawl that is a leveller of all superficial divides—thus grew up with a bafflingly wide cultural range, and won national level competitions in theatre, elocution, and writing in Hindi, Marathi, and English.

Because of the laurels she garnered, especially the contest she won through her essay on "What I would do if become a crorepati", recognition and offers started streaming in from professionals in the field.

By 15, she had not only written her first TV show, Tamanna House, the 60-episode thriller, for which she also got screen credit but had also done professional Marathi theatre with the likes of Ashok Saraf, Gauri Kendre and Hindi street theatre with a group headed by the creator of Chandni Bar.

However, at the same time, something significantly changed the narrative. Her father passed away suddenly, leaving behind a ton of hidden debt.

“I was preparing to be a doctor since day one. But I couldn’t not earn for the next 10 years,” she recalls. She took up biotechnology at Mumbai’s Jai Hind College instead, and continued writing and direction for TV shows on the side.

“To make ends meet, I took up anything from sangeets to soaps,” she jokes. She wrote a radio show hosted by Archana Puran Singh that aired in Dubai, and assisted on others like Dus Ka Dum, Khatron Ke Khiladi, etc. She was also the lead actress for Bharat Dabholkar’s Carry On Heaven! a runaway success that ran for two years all over the world.

These incomes were not just extra pocket money for the young achiever—she was now the sole breadwinner of her family. “I was this Mahim girl with less than Rs 10 in her pocket who hung out with these South Bombay college kids who had no idea what I was going through.”

She was getting tired of leading this dual life and keeping up appearances, and chanced upon a trend students were following—coupling biotech with patent law, as the latter needed a technical background.

Being the bright student she was, she cracked Government Law College in Mumbai—the best but also notorious for being lax enough to let students have full-fledged jobs at the side. While all her classmates secured apprenticeships at law firms, she continued writing and acting, for practising law was just plan B at that point. Moreover, these jobs paid a pittance as a stipend, and her family could not afford this blow to her income. So, she stayed consistent academically, but devoid of any relevant work-ex, professionally.

When the time came to actually start her career, she realised she was in deep water. “The media industry is not the best place for a young girl to be, a lot of dark stuff goes on in the underbelly. If you’re trying to be taken seriously as a writer, it’s not happening,” she reveals.

She decided to switch to law, but realised that her lack of experience dramatically hurt her chances. “Luckily, a lot of being a good lawyer is about your writing skills, drafting well. One of the interviewers actually told me they only shortlisted me to see who the person behind this bizarre and colourful CV was,” she says. She eventually went on to be recruited by Mulla and Mulla & Craigie Blunt & Caroe.

“I was torn—wondering if this was it for my writing career? On day three, I was ready to quit. I was asked to draft an affidavit in Reply, and I had NO idea what that meant. And law firms have bitter politics. Attorneys will not help other attorneys, especially new ones. But, luckily, what I did struck gold somewhere. In fact, the senior counsel on the matter even called my boss to convey that she was impressed with the way it was worded,” she recalls.

She was part of the litigation team and worked with one of her partners, who had a massive maritime practice. She started to enjoy her work, and kept getting better at what she was doing.

One day, two of her worlds met. She got a call from an established TV show writer she had assisted numerous times in the past. As her focus was IP, he informed her that he knew someone who needed some legal advice on a matter. “He filled me in and I told them how to approach this. He asked me to talk to the person herself, next,” she says.

That person happened to be Lata Mangeshkar.

She spoke to her team, and they were highly impressed and wanted to work with her. “I was six months into my job—no one gets clients for their firm at that stage. I get off the phone, shaking, and tell my team. Jaws dropped everywhere.” They successfully settled that case out of court, and Lata Mangeshkar got what she wanted.

“The industry is a small, incestuous place and when you represent someone as legendary as her, word gets around,” she notes. In no time, Sonu Nigam, Kalyanji Anandji, Alisha Chinai, Rajesh Roshan, Milind Soman, and various others came on board as clients. Because of her vast experience with the media, directly and as a litigator, she became the firm’s go-to person for media-related cases.

Sonu was taking Mika to court for infringement of ‘personality rights’. “It was unheard of in India. The copyright act does not codify it. We went to court, got an ex-parte injunction, and were very disappointed, that the other side didn’t even have to show up! People told me to get thick-skinned, and said I’d be too idealistic to expect damages, that this is not Suits. But I was determined to reopen this case. I had a massive disagreement with my firm,” she recalls.

It was too much too soon for a young associate. This profession is dominated by seniors, but she was bringing revenue to the firm almost at par with a senior associate. Because of the resulting politics, Priyanka decided she’d had enough and quit, albeit with no plan. The only two people she informed about her decision were Sonu Nigam and Lata Mangeshkar—she told them she was leaving, and with no intentions of soliciting clients from her ex-firm, let them know that they could either stick with Mulla & Mulla, and if they were not comfortable in doing so, that she would introduce them to another firm.

Both of them chose her.

In fact, every single client followed her, and just like that, she had all the ingredients to start her own firm, Khimani and Associates, the very next week. With one intern and an office space borrowed from a friend, in April 2014, she embarked upon the third and final chapter of her story.

In the meanwhile, she held her ground, reopened and argued Sonu’s case, and in an unprecedented judgment, the Bombay High Court ordered that Mika Singh to pay Rs. 10 lakh in damages – all of which, went to charity.

“We had set a precedent,” she recounts.

The ‘celebrity’ law firm, as it came to be known, has grown to an eight-member team, and has represented the likes of Arijit Singh, Shreya Ghoshal, Shakun Batra, Karan Malhotra, Shankar Ehsaan Loy, Shruti Haasan, etc.

“So often, the party we are up against comes to me at the end of a case or a transaction asking me to represent them the next time - which are moments I truly revel in,” she laughs.

Their short journey as an independent firm is already teeming with milestones. A noteworthy case she fought was against Rahasya, a movie whose trailers and publicity portrayed it as a tell-all about the Aarushi Talwar murder case. “It conclusively showed one of the parents as the culprit when the appeal was pending before the Allahabad High Court. Your right to a fair trial trumps your right to free speech as upheld by various caselaw. We were hence, very concerned. The Talwars came to us, and we managed to stall the film for a long time till the appeal was heard. We did succeed to a certain extent,” she explains.

They also represented Peter Mukerjea who was in a similar situation with a movie called Dark Chocolate, and also managed to stall its release.

Most recently, they’ve been in the news for Rangoon - where she is representing Wadia Movietone Pvt. Ltd. who believe that Kangana Ranaut’s character is based on Fearless Nadia - a character that they have honed through various films- without the necessary licenses.

“It’s still sub judice so I can’t say much, but it has been the most challenging case of my career. There are very few Indian reference points, but a whole lot of foreign cases like Godzilla, Mickey Mouse, Rocky, and James Bond have set precedents. It was held that there are character rights in all these characters. And we are up against all these big guys— Viacom, Nadiadwala, Matthew Robins, etc. Every time we’re in court, we are a small team of plaintiffs up against a whole battery of lawyers brought in by the defense. It’s rather entertaining, ” she quips.

This—being outnumbered and looked at condescendingly—has hounded her through her career. “Many a time, I can feel my clients hesitating because I’m terribly young to be where I am, and people aren’t used to dealing with forthright women. Somehow, these doubts never cross a client’s mind when they hear the exact same advice from a man. Sometimes, when I am sitting in a negotiation in a room full of men, I can just tell that people have formed their judgments even before I have begun to make my case— that I’m just a pretty face sitting on the board,” she explains.

“I don’t let this sort of sexism bog me down. We are living in a world where women cannot, and should not, let themselves feel victimized on any count whatsoever, let alone on grounds of sexism. On the contrary, women have a lot going for them that men don’t, and we must use those skills to the fullest,” she signs off.