Can we save our farmers? 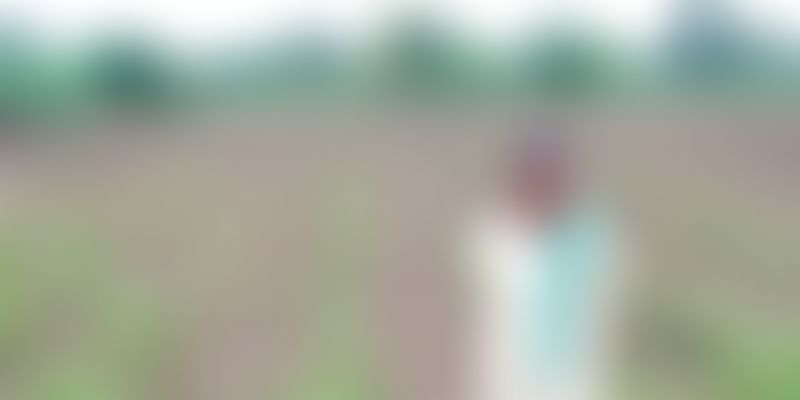 The economic condition of farmers is getting progressively worse resulting in increasing number of farmer suicides. Here's a look at possible solutions.

The year 2009 was an exceptionally dry year for Maharashtra. There was an acute shortage of water. The farmlands went dry. The farmers, unable to pay their debts, were a worried lot. Lakshman Ambilkar of Kinni village in the Yavatmal district of Maharashtra was one such farmer who could not take it anymore. He killed himself, leaving a young, distraught wife to fend for herself. Needless to say, his wife Jaishree Ambilkar’s life shattered and her financial condition deteriorated drastically. The little financial support provided by the government was just not enough. Jaishree represents thousands of such farmer widows left in the lurch by the government’s faulty agricultural policies over the years.

The data available with the National Crime Record Bureau estimates that one farmer ends his life every 41 minutes somewhere in India. The farmer suicides have been attributed mainly to debt, drought, crop failure, or poor returns.

Lack of response to suicides

The green revolution introduced farmers to high-yielding varieties of seeds that increased productivity but demanded higher input cost in the form of more pesticides and water. Farmers took to borewells to cater to the increased demand for water, depleting groundwater resources in the process. Worst of all, they had to take loans to keep the yield going.

The mid-1980s saw what is called the second-generation environmental impacts or the environmental impact of intensive farming systems that used chemical fertilisers, pesticides, and groundwater. “Instead of encouraging farmers to adopt sustainable practices to thwart the negative impact of intensive agriculture, farm scientists tried to address this by encouraging more green revolution. In other words, they asked farmers to apply more chemicals. This deteriorated the natural resource base. At the same time, the policy support for agriculture declined. Reduction in public sector investment in agriculture, failure to encourage sustainable farming practices, and unremunerative prices for agricultural produce were among the factors that turned agriculture into a losing proposition. The damage was more pronounced in cash crops like cotton. Farm suicides began as a trickle in around 1987 or so and since then have taken a toll of nearly three lakh farmers in the past 17 years,” writes Devinder Sharma, an expert and a senior researcher on agricultural policy on his blog.

The farmers of Punjab, once considered wealthy, saw things changing for the worse with green revolution. As the input cost in the agriculture sector increased due to escalating costs of fertilisers, diesel, seeds, pesticides and insecticides, financial returns of the farmers declined. “The government's response to these suicides and relief packages have generally been ineffective, misdirected, and flawed. They focus on credits and loans, rather than income, productivity, and farmer prosperity. Assistance in paying off outstanding principal and interest helps the money lenders but has failed to create reliable and good sources of income for the farmer. The usurious moneylenders continue to offer loans at interest rates between 24 to 50 percent, while income generating potential of the farmer’s land has remained low and is subject to weather conditions,” says a study by Dr G.L. Parvathamma, associate professor and coordinator, department of economics, Bangalore University.

“In Chhattisgarh, the youth do not want to do farming because farming is the only business where the farmers have to take all kinds of risks without expecting profits. There is no control on the market. When there is a good yield, the price of the produce is lowered due to market pressure, and again the farmer has to bear the loss. The government wants industrial growth and have waived off crores of industrial loans. The government even helped the scammers to leave the country but it is not willing to revive the agricultural systems,” says Rupesh Baghel, a farmer from Pathari, a village in Chhattisgarh.

Steps taken by the government so far

The Supreme Court of India, in a public interest litigation hearing in March 2017, expressed grave concern over farmers’ suicides and came to the conclusion that loans and debts were the primary reasons behind it. The Supreme Court, in its directions to the government, clearly stated that the government has to take different policy measures to address farmers’ problems.

It’s not that the government is completely deaf to farmers’ demands; the response is just not enough. The central government implemented the agricultural debt waiver and debt relief scheme in 2008 and various state governments have launched their own initiatives to help prevent farmer suicides. For example, Maharashtra that saw the worst farmer suicides, passed the Money Lending (Regulation) Act, 2008 to regulate all private money lending to farmers.

But these schemes were not effective in preventing farmer suicides.

To study the conditions of farmers, the government of India, under the chairmanship of professor M.S. Swaminathan, constituted the National Commission on Farmers (NCF) on November 18, 2004. The NCF submitted four reports—in December 2004, August 2005, December 2005, and April 2006. The final report was submitted on October 4, 2006. The Swaminathan panel report has recommended that the farmers be paid 50 percent over and above the cost of the crop as the minimum support price (MSP) to improve their economic condition.

But a media report suggests that as per a right to information petition filed by Samalkha-based architect-cum-activist P.P. Kapoor, the Narendra Modi government had already rejected the report on the ground that its implementation would result in price distortions in the agricultural markets.

The National Sample Survey Organisation (NSSO) 2013 report acknowledged that the agricultural households made an average monthly income of Rs 6426 and their monthly expenditure during the same period was Rs 6223. “How could farmers pay back debts when they don’t have enough produce to take care of their basic needs,” asks Pramod Pawar, a farmer from Siloda in Chhattisgarh.

What can be done to reverse the situation? Multiple solutions have been suggested by farmer’s leaders, activists, and policy experts for improving farmers’ condition in India. Following are some of the key solutions. Devinder Sharma suggests forming a national farmers income commission to work out a minimum assured monthly income package that a farming family must get depending on his crop productivity and the geographical location of the farm. Organic farming has been touted as a good solution to the escalating cost of farming. “The input cost of farming from pesticides and fertilisers would drastically decrease and profitability will increase with organic farming. The condition of farmers who have adopted organic farming is far better than those farmers who have not,” says Mukesh Jaat, a farmer leader and organic farming promoter at Mount Abu. Anand Mishra, a senior farmer leader and convener of Chhattisgarh Krishak Biradari suggests discouraging corporatisation of farming so the minimum support price is not affected. “There are studies that show corporatisation of farming has deteriorated the condition of the farmers,” he says.

The Planning Commission working group says there is a need to improve farmers’ capacity in agricultural marketing and suggests including agricultural marketing to the concurrent list in the Constitution. “The government procurement system for crops needs research and improvement. Without proper policy framework, it is an uphill task to improve the overall condition of the farmers," says Ashok Pradhan, a senior farmer leader in Odisha. As for water management, water sector expert Dr K.G. Vyas suggests the farmers need to be trained about the effective use of water and water conservation methods to reduce the economic and environmental risks of farming.