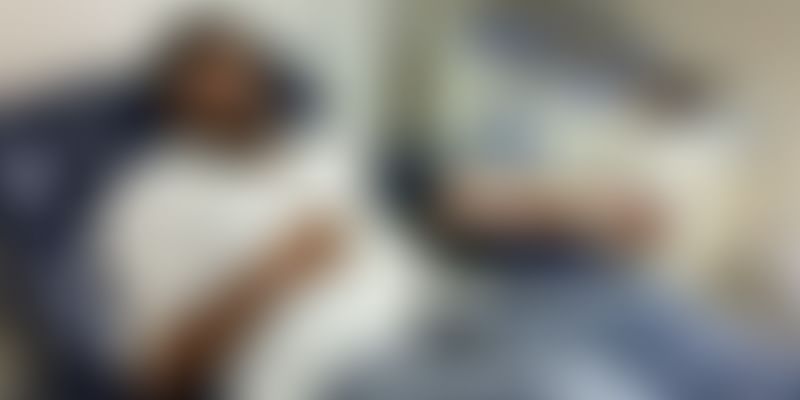 When the person in need for blood posts a requirement, all donors located nearby get notified.

We often see messages and posts on social media by people asking for blood in cases of emergency or for various other medical reasons. Many of us donate blood voluntarily at blood donation camps and government hospitals in the hope that it might help people in need. While this act may definitely be helpful, the impact is not quite the same as we expect it to be. Such was the experience of Simply Blood's creator Kiran Verma (32), who after having faced a couple of significant life altering events decided to take up this social initiative to create the world's first virtual blood donation platform.

When Kiran, a resident of Delhi, lost his mother to cancer at the age of seven, he pledged to help mankind and devote himself to social causes. He decided to do whatever he could in his capacity and become a regular blood donor. He donated blood at government hospitals. As his network of contacts grew bigger, he created a Whatsapp group that became a community of blood donors to help people in need.

In August 2016, one of Kiran's WhatsApp group members lost his mother to dengue because he was unable to reach the hospital on time for platelet transfusion.. “In December of 2016, a lady had to sell herself for her husband to purchase the same blood that I had donated to the patient for free. Seeing death up close and learning about the touts that engage in black marketing was heart-breaking,” Kiran says.

Kiran realised that his efforts weren't enough—especially in case of people who cannot afford to buy blood and in emergency cases when time is crucial for saving a life. He left his job that very day to start up his new venture.

How does a virtual blood donation platform work?

When the person in need for blood posts a requirement, all donors located nearby get notified. In case the search does not show any results, the request is then handled manually by a donor database and its associated agencies. “To ensure that the donor's blood is not being sold illegally, the donor is able to connect directly with the needy without any middlemen involved,” he adds. Kiran, an admirer of Steve Jobs, wants to ensure that the privacy of users and the data shared on this platform is protected while enabling donors and recipients to connect easily.

Since its launch, many people from different parts of India have come forward thanking Kiran for this wonderful initiative and admitting to the usefulness of this free app. A father who needed platelets for his son thanks Kiran "for timely support being available when [he] needed it the most." Another user states "I should have your app as the first thing in my mobile, even before WhatsApp." Many are hopeful and have said, "I now realise what potential the younger generation holds" referring to Kiran's efforts and contribution.

The online platform was launched on January 3, 2017. In a very short time, it has impacted more than 7,000 people across more than 15 countries. It has saved more than 700 lives in nine countries. Kiran was awarded as "Social Entrepreneur of the Year 2017” at the India International CSR Conclave 2017. “The basic idea behind this initiative was to save as many lives as possible without losing any time. I am glad it is happening,” Kiran says.

However, in order to sustain himself and his initiative, Kiran has now started working again. He now works as a part-time brand consultant devoting three days of the week to his company and the rest of his time to Simply Blood.

Kiran hopes to raise enough money through crowdfunding to expand this platform successfully and save as many lives as possible. He adds, “In order to continue financing the campaign and expand this platform, we are currently working on a smart device which can save thousands of lives across the world at a very cheap cost. We are thinking of doing it like Wikipedia where they do a fund raising every year for a month and run their operations with the collected funds."