Within two hours, this NGO changes 60 underprivileged lives a week 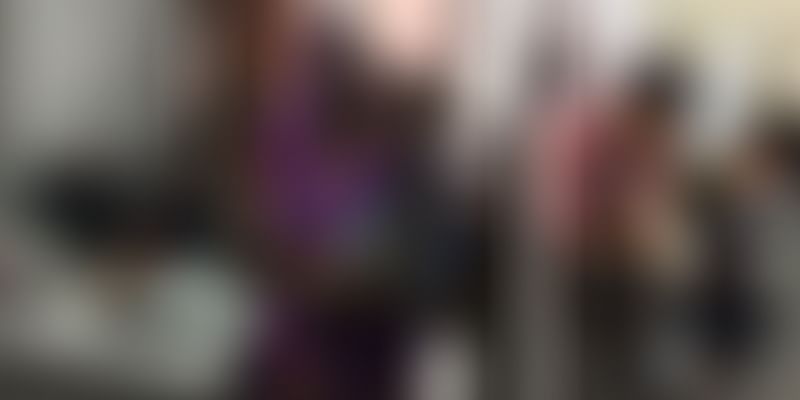 In April 2015, maids (domestic help) working in Mumbai’s posh offspring— Powai—heard of a clinic in Raheja Vihar that was providing free consultation and also dispensing medicines for free. And so, every week these women along with their children would line up for their medical needs, which until then could not be afforded attention.

Vikas Goel, who was overseeing these free clinics, slowly noticed the growing diversity in these queues—maids were now joined by security guards and construction workers; in a nutshell, Mumbai’s underprivileged were finding their way to this clinic for two hours every week.

Vikas’s initial efforts to provide a helping hand soon turned into a registered organisation, Sukrta Foundation, which has till date made medical care accessible to over 5,000 underprivileged people in Powai. After two years, this clinic today sees over 50 people each week where a qualified general physician addresses their medical problems.

What led a banker into the medical realm

Mumbai houses more than half of Maharashtra’s total BPL population; however, one doesn’t need statistics to notice class disparity in this vibrant city. Vikas too didn’t need the numbers to support what was right in front of his eyes,

I realised that our housemaid wouldn’t see a doctor even if she needed to. We did some surveys in Powai and noted that many of the maids didn’t have access to quality medical care. Whenever they or their family member fell sick, they would either avoid going to the doctor or end up visiting some quacks. Even if they were able to visit government dispensaries, they could not procure medicines because of the high cost.

It was then that Vikas, along with his wife and father-in-law, decided to do something about it. Having been a banking professional for most of his life, Vikas, who now works at IDFC bank, had gained his sense for social work through the CSR activities he was involved in, while at Standard Chartered. But the challenges to start a free medical clinic, as he recalls, were huge.

Daring to use ‘medical’ and ‘free’ in the same sentence

Although Vikas didn’t expect a doctor to step on board for free, finding a willing professional was still one of the biggest challenges for various reasons; doctors receive commission from pharma companies when they dispense respective branded medicines. Generic medicines on the other hand, cost much lesser and don't bring in the same commission as a result of which many doctors continue to be reluctant to dispense them.

Moreover, most doctors in Powai who were accustomed to a more ‘well off’ patient crowd, were hesitant to set foot in uncharted waters.

Once the weekly clinics had successfully kicked off, Vikas started looking out for donations. It costs Sukrta Rs 50-60 per patient which includes the doctor’s fee and medicines. The weekly costs therefore come up to nearly Rs 8,000.

“When I reached out to potential donors or volunteers, some were shocked, some were awed, and some even showed interest in getting involved. But that’s where it stopped. Nothing materialised,” he says.

But not all looked bleak. The owner of the Anoushka Polyclinic doesn’t charge any rental for the clinic space and lets Sukrta run its clinic for free. Considering Powai’s hefty real estate prices, this significantly reduced the burden on the NGO.

Today the NGO is able to run its activities from small donations received from various Good Samaritans. People get to know about us through word of mouth or our social media campaigns and contribute to the causes we support,” he says, and elaborates one such campaign where Sukrta was successful in raising Rs 2 lakh within 48 hours through social media for a nine-year-old girl’s medical expenses.

Reaching beyond a clinic

Sukrta stepped beyond its clinic when Vikas realised the impact he can create if he brought housing societies on board; they were, after all, the ideal place to help the domestic help. Vikas began encouraging these societies to conduct in-house clinics for the maids working for them.

He conducted many such clinics in and around Powai but soon faced a lot of unexpected resistance from the residents. “Although Sukrta was sponsoring these clinics, people cited security issues as they were worried about people other than their domestic help entering their premises,’ he says, disappointed with the lack of inclusiveness among the larger population.

But since May 2016, he has been able to successfully maintain a collaboration with Lake Florence housing-society where in-house clinics are conducted once a month. Vikas, still optimistic, is intent on making these clinics a regular affair for all housing societies in Powai.

Since lack of medical care is just one among the difficulties plaguing the underprivileged, Sukrta found other ways to help out; when the first wave of demonetisation hit lower-income groups, Sukrta conducted financial literacy sessions educating people about Adhaar, insurance schemes of Indian government, basics of investing, and account opening procedures among others, so they could stay afloat.

Recently, Sukrta started a scholarship programme for students in municipal schools where select students will receive direct financial aid, encouraging them to continue their education; through this they also aim to encourage parents to send their children to schools regularly and prevent possible drop-outs.

Sponsoring a year’s education for each student can cost anywhere between Rs 8,000 to Rs 10,000. But Vikas is hopeful that generous donations will come their way. Before expanding Sukrta’s reach into other parts of Mumbai, however, Vikas plans to strengthen base at Powai as there are always more people to help.