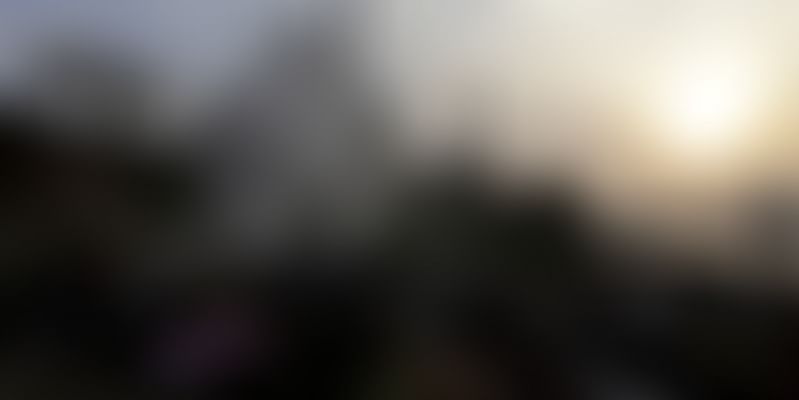 Standing tall on the banks of river Yamuna, Taj Mahal is the quintessential monument of love. Firmly holding its spot as one of the seven wonders of the world, this historic space is also one amongst the UNESCO World Heritage Sites. The history of this space dates back to the 16th century when Mughal emperor Shah Jahan dedicated Taj to his favourite queen, Mumtaj Mahal.

While the story behind this white marble memorial leaves you spell bound, the present condition of the monument questions the environmental degradation the planet is rigorously going through. Almost a quarter century after the historic Supreme Court judgement to shift or shut factories polluting the Taj Mahal, the environment in Agra continues to pollute the 17th century monument of love, says a IANS report.

Governments over the years have failed to maintain the Taj Mahal, which has developed sickly yellow pallor and green patches, says environmentalists. Taj is changing colour due to deposition of dust and carbon-containing particles emitted in the burning of fossil fuels, biomass and garbage, says a TOI report. After the 1993 apex court order for closing down all polluting industries in the 10,450 sqkm eco-sensitive Taj Trapezium Zone, pollution level in the city has not come down despite the huge sums spent. While the level of dust particles in the air continues to remain several times higher than the stipulated parameter, the Uttar Pradesh Pollution Control Board, however, claims that the overall "air quality has improved".

Meanwhile, the monument's fragile surface continues to be scrubbed by the dust-laden westerlies from the neighbouring Rajasthan desert, and the dry river bed of Yamuna, the report adds. Members of the River Connect Campaign say the biggest threat to the Taj Mahal and other historical monuments along the banks of Yamuna is the dry river bed. "The liquid that flows is waste from Delhi and other upstream cities, highly polluted and toxic." This deadly liquid is seeping into the foundation of the Taj Mahal.

Meanwhile, insects have made permanent breeding grounds on the structure's rear side facing the river. Environmentalists have identified a dry Yamuna as the source of these organisms. The Mathura Refinery, which had been cited as the original villain, has taken appropriate measures to keep pollution in check, assure refinery officials and many foundaries in the Taj Trapezium have downed shutters except a handful that have modernised. Other directives of the Supreme Court's 1993 order have, however, not been implemented. The "dhobis", the dairies, transport companies, the "shamshan ghat" in the neighbourhood of the Taj Mahal the "Petha" making units, have resisted shifting.

The leather shoe industry continues to pollute the city with waste. A leather shoe estate was developed in Achnera but not a single unit has shifted. Similarly, land was allotted to Petha units in Kalindi Vihar but not one unit has moved from Noori Darwaja market area near the SN Medical College.

The Archaeological Survey of India has failed to reduce the human load on the Taj Mahal, visited by over seven million people annually. This figure does not take into account visitors below 15 years of age, as no ticket is charged to them, and the lakhs of faithfuls who freely visit the monument to offer prayers weekly and for the annual Urs (birth anniversary) of the Mughal emperor Shah Jahan.

The green cover in the city has shrunk to below nine percent against the national goal of 33 percent, as construction of new colonies, the Yamuna Expressway and the Agra-Lucknow Expressway, have taken up hundreds of kilometres of land around Agra.