Stories from the UP heartland: Tanuja Chandra’s book takes you back to your childhood 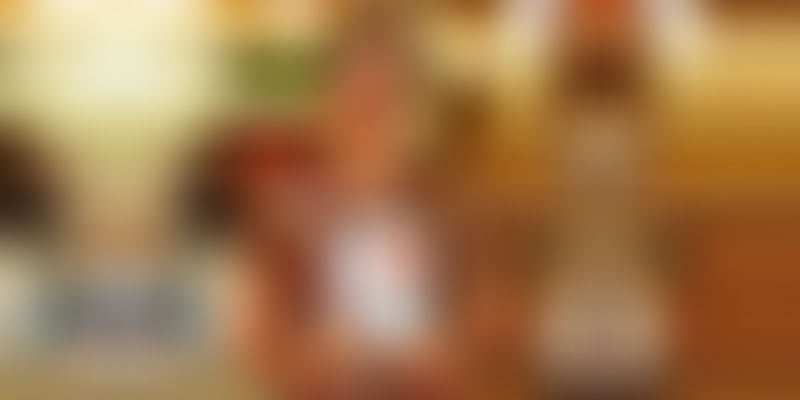 Langhi had an entrepreneurial streak that would not be dulled by circumstances like poverty and suffering. Sure enough, if she had taken birth in a wealthy home, she would’ve studied in a convent school, where girls wore red-and-white uniforms, not the Hindi-medium municipal school she was pulled out of in sixth class, and she might’ve done an MBA in a big university with towers, where young people in pants walked around holding a bunch of books in their arms, and she would’ve become the businesswoman she deserved to be. That said, Langhi didn’t let life’s inequities obstruct her natural entrepreneurial ways.

Though each story is special in its own way, Langhi and her entrepreneurial ways inspired Tanuja Chandra to title her collection Bijnis Woman.

Be it the 70mm screen or a paperback, actor, director, and now author Tanuja Chandra is always in her comfort zone when it comes to storytelling. Her latest effort is off-screen, a collection of stories from Uttar Pradesh as told by her aunts and uncles.

These qissas, as she calls them, will speak to many of you who have spent vacations in the villages climbing trees, pulling water from wells, and spending nights on charpais (traditional woven beds) under the stars, listening to stories before drifting off to sleep.

From 70mm to paperback

Tanuja has been writing articles and fictional pieces for newspapers and magazines since college but writing a book she says, “is a whole different matter. That is something that takes time and perseverance.”

“I always knew I would write a book someday but it was such a daunting task that I successfully avoided it for many years—until I couldn't.”

Born in Lucknow, Tanuja started her career in 1996 as the director of Zameen Aasman. After directing another serial, she wrote screenplays for movies such as Dil to Pagal Hai and Zakhm, which were directed by big names of the industry.

Tanuja made her cinematic directorial debut with the critically acclaimed Dushman starring Kajol and Sanjay Dutt. This was followed by Sangharsh starring Preity Zinta and Akshay Kumar which again received critical acclaim. Tanuja’s movies have always had strong female protagonists and social issues at the core.

“Essentially, I'm a storyteller. I enjoy both the written and the filmed story. And I lean towards women's stories in a very natural, organic way. My films have largely been with female protagonists, although not all—Sur and my English film, Hope and a Little Sugar, have male protagonists, and are very close to my heart.

However, for me, everything is about social issues. Social issues are not separate from our lives—our lives are the social issues we grapple with, whether at work or in matters of the heart. Society is you and I, as individuals. So, as a filmmaker, I consider it utterly important to talk about these things in the stories I choose to tell.”

The title story is, as Tanuja says, “about a plucky, courageous woman from a poor village background, with an unstoppable, entrepreneurial streak, who left her village to make a life in a big city just so that she could get her daughters admitted into a convent school—an inspiring woman of ambition and resilience.”

The idea of narrating the qissas of ordinary people from Uttar Pradesh didn’t dawn on Tanuja just now—it’s something she has had in mind for over a decade. Her mother’s insistence and a call from the publishers just gave her a push in the right direction.

Once she got started, the pleasure of writing overshadowed her fears. “When the opportunity came I knew this was the absolutely correct writing debut for me.”

What makes a good story?

Tanuja spent a year writing and editing the collection. According to her, many ingredients together make a good story but, “at a basic, elemental level for me, when a story introduces a reader to a world they never knew, and oddly enough, at the same time, the reader finds traces of themselves in the characters, and is touched by them—when the characters create a space for themselves in the readers' hearts—that's when a story is great.”

The stories from childhood that stayed with Tanuja, the ones that left a mark, are the ones she has included in the book.

“There was a sweetness and charm as well as some sort of inner grit in these stories. I felt genuine affection for these characters, their longings, their failures, and those episodes in their lives which they themselves possibly found unremarkable, but I found fascinating. Even when I used to hear these qissas during family vacations or hear my mother chat long-distance on the phone with her sisters, I loved listening to the quirky details of these stories. There was something so alive and vibrant about them.”

The novel she has been working on since before Bijnis Woman has been challenging, but she hopes to complete it soon.

Bijnis Woman has most certainly been a family project, and she gives credit where it is due:

“I'm the medium but the book, in a sense, has been written by several people, family members who told me stories about people they either knew or heard about in UP. That said, my narrative, my participation in this whole process is as much a part of the story as the plot itself,” she says.

The book has been a trip down memory lane for the family too.

As regards new projects in her kitty, she has just finished shooting a film on one such script which she has co-written. “The post-production of that is going on at present. I directed a short film called Silvat as well, which I hope will be out soon.”

Tanuja makes it a point to mention that scripts require a lot of time and attention but don’t necessarily get that kind of importance. However, like the characters in many of her stories, she doesn’t let anything bother her and goes about doing what she loves.

And to take a leaf out of her own book, we all can be a bit like Langhi and create opportunities for growth. Here’s an excerpt from Tanuja’s business woman that will inspire you to do just that:

The next day Langhi turned up with a stainless steel dessert tray. A tray with twelve cups and spoons. She wanted no clothes or money in exchange, it was a farewell gift. Sarla, deeply touched, asked what gift Langhi would like in return. Pat came the reply, ‘Your black-and-white TV.’ Sarla was surprised. ‘May God bless your saab with a long life, madamji,’ Langhi said, ‘he will buy you a much bigger TV. For a poor woman like me, it may never be possible to buy one. I don’t want it to watch programmes, madamji, I want it for bijnis.’

‘What?’ wondered Sarla. ‘What kind of business?’

‘No one has a TV set in our jhopadh patti, madamji, in the evening when the programme starts, I’ll charge fifty paisa for adults and twenty for children. Don’t you think it is a good idea?’