‘It’s a hard slog but it’s worth it’—14 startup tips from Mikkel Svane, Founder and CEO, Zendesk 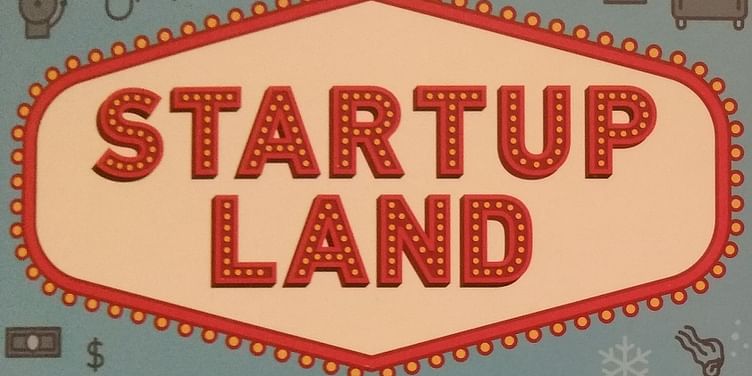 The story of Zendesk from startup to IPO is well captured in the 200-page book, 'Startup Land: How three guys risked everything to turn an idea into a global business,' by Mikkel Svane, Founder and CEO.

“We succeeded because we worked hard, we cracked some problems early, and we didn’t give up when the weather changed,” begins Mikkel. He shares some of the lessons learned along their journey, but cautions that there is no clear-cut recipe. “There is no formula for success, the world moves too fast for any formula to last,” he warns.

Here are my key takeaways from the book, for startup founders and aspiring entrepreneurs. See also my review of the books Startup of You by LinkedIn Founder Reid Hoffman and Things a Little Bird Told Me: Confessions of the Creative Mind by Twitter Co-founder Biz Stone.

Mikkel and his team loved creating useful things for people, products which simplified difficult tasks. The team found motivation and meaning in bringing clean design to the industry. Though they were initially far from Silicon Valley, they founded their company in a tiny loft in Copenhagen, believing that they could still bring change and value to the customer support industry.

The path ahead was not just unclear but also unpredictable and even seemed precarious for the co-founders. The steps ahead were confusing and even unstable, but the team stuck together. “Startups are fragile,” Mikkel cautions. When you are charting really new territory, the journey can be “fascinating and terrifying at the same time.” Sometimes you have to trust your intuition, and sometimes you go against it and trust whatever is ahead of you.

Mikkel and team came up with a less expensive solution that could be delivered over the web and was easier to use. “Sexy stuff sometimes happens when you make mundane things easy and accessible. Boring is sexy,” he explains.

“There are no shortcuts. You have to constantly take the hard route,” says Mikkel. The route is not straight forward either, it can be a “meandering, up-and-down and back-and-forth journey.”

“Nothing that is worthwhile is easy. And nothing is more fun,” he says. There will also be asymmetry and unevenness between co-founders in terms of how much work each puts in at different stages of the journey.

Zendesk started off by using terms such as ‘love your help desk’ and ‘tender loving customer care’ at a time when such ideas were totally new. The rise of the web gave them a chance to show this could work for customers around the world. Fortunately, the SaaS trend would pick up and validate this model, and consumer internet trends began to sweep through enterprises.

The issue of timing would also surface in a different way years later. Just before Zendesk’s IPO in 2014, valuations of SaaS companies began to drop—but they went ahead with their IPO anyway without postponing it.

Starting part-time is OK but challenging

You don’t have to quit everything to begin work on a startup. Mikkel and his team had consulting jobs which kept the money flowing in; this helped build and market the first version of their product (see my review of the related book, Originals by Adam Grant). Some co-founders expected to be paid while working on the startup, others didn’t.

“People can live with different risk profiles. You have to accept that and not let that come between you,” Mikkel advises. “Keeping everyone committed was a nightmare. This was the biggest challenge of doing a startup,” he recalls.

Get the pitch right

When Zendesk first decided to pitch at for a TechCrunch conference, they didn’t get the story right. They were used to having the product speak for itself, but to scale to a wider audience they had to explain the domain, the problem, their product, and its benefits. To appeal to investors, they would also have to go beyond the ‘low-hanging fruit’ to the broader market.

The soul of the company is more important than investor funds

The first potential investor in Zendesk made all kinds of demands on the founding team and seemed to be trying to weaken them so as to get a better negotiating position. Great investors build unique relationships with founders and retain them as leaders, but bad investors try work around the founders; amateur investors are shortsighted and only want to improve their own position, cautions Mikkel.

They turned away this investor, and instead raised money from family and friends. It is important to set their expectations appropriately, and pitch the opportunity as a lottery ticket without influence on the company, Mikkel advises.

“Working with a VC is almost like entering into a marriage. It’s a long-term proposition, and you lose the complete control you once had over your own destiny,” says Mikkel. Fortunately for Zendesk, they found a good Series A investor in Devdutt Yellurkar, partner at Charles River Ventures.

Though they rejected his first offer, he kept the door open for them to re-open negotiations; the conditions included a move to the US for the founding team. “We definitely had more ideas and vision than we had resources and capacity. But that’s the charm of an early startup. There’s no ceiling for your ambitions,” recalls Mikkel.

But dilution of stakes is part of the scale game, and this should be done in a manner acceptable to all. Founders have to open up completely to investors to earn their trust, and learn about the investors’ strategy and portfolio. You also need to learn how to “love and live with lawyers,” advises Mikkel.

Customer support is built from the inside of a company, right from culture to communication. Building a good relationship is more important than just hard-sell. Call customers proactively even before there is a problem.

"Companies need to face the new realities of the customer economy,” Mikkel urges. Customer service is now a very public experience thanks to the Internet and social media; it is no longer just about one transaction, and it no longer happens in a vacuum.

Customers share their good and bad stories with the whole world; a good customer experience turns them into promoters. “A good relationship has to be earned every day. Customers who leave teach you about who you are, but also who you are not,” says Mikkel.

From idealist to realist: learn from mistakes

If customers rant about bad service, it actually shows they have much passion for your product that they care to give feedback about it. Zendesk once increased its prices in an inappropriate manner and drew flak and bad press; the CEO apologised for the mistreatment. They even made T-shirts out of the critical comments as reminders of customer centricity; the T-shirts are still worn today.

“One of the great things about building a smart team is that it forces you to grow yourself,” says Mikkel. The general practice is ‘Hire for attitude, train the skills.’ Designing the office space is also a challenge. “It’s hard to balance ego and humility, to balance a desire for quality with a desire for simplicity, and balance modesty with the needs for attracting talent,” he explains.

Get feedback but not all decisions have to be democratic when it comes to office design. Graffiti, games and pets sound cool but they have their own issues as well. “And finally, kiss your office space goodbye. You’ll move within a few years,” jokes Mikkel.

“We were looking for people who could interact in a semi-crazy environment and have fun. We didn’t want new hires to come with lots of demands,” he says. Hire people who are multi-talented, adventurous, open-minded, curious, frank, diverse, and have traveled a lot.

Team members should respect, trust and like each other—that sounds banal but true and tough to implement. Scandinavians are generally modest people, so the hiring process was a bit of culture shock due to the American propensity for bravado, grandiosity, and exaggeration in resumes and interviews!

Management structures keep changing as the company grows, and sometimes you also have to let go of people who have been with you for a long while but are not the best in scale stage. “Hiring people who are way smarter than you and who have a lot more experience is actually really hard. And it’s something you have to learn,” says Mikkel.

Founders also have to become more “official and upstanding” and not just their goofy selves. They have to more carefully watch what they say in full public glare. “Unless you are Steve Jobs, CEOs are not supposed to allude to recreational drug use,” Mikkel jokes.

Give back to the community

“We believe in the concept of an urban campus,” says Mikkel. Employees are encouraged to eat outside and support local eateries (it initially used to provide free meals). The company helps improve the quality of the neighbourhood as well. For example, after the IPO, 200 employees of the San Francisco office took to the streets to clean up the place.

Parts of the world like Silicon Valley have more mobility, risk-taking culture, and a willingness to keep trying things till they succeed. It is important to spread such elements to other ecosystems as well.

The IPO is a goal—and a new beginning

Seven years after being founded in Copenhagen, Zendesk went public on 15 May, 2015 on the New York Stock Exchange. The process is a distraction and diversion—but also matures and strengthens the company, recalls Mikkel. Founders must win the confidence of investors, who are looking for the passion and people behind the business.

“The IPO was just the first step in our journey to becoming a next-generation enterprise software company,” says Mikkel. The IPO also affects the employees who build lives around the stock price.

Failure is tough—but start over again

In the 1990s, inspired by the growth of the Internet in the US after a California trip, Mikkel launched his first startup: a web portal in Denmark called Forum.dk. The portal was sold to a newspaper, and a company was started around the product (called by a rather unfortunate name, Caput!). The startup literally went kaput after the dot-com bust of 2001.

“Failure is not something to be proud of. But failure is something you can recover from,” says Mikkel. “My first failure was so tough because I had no perspective. I was ripped out of the reality I knew and thrown into a new reality,” he says. It was terrible not to be able to pay bills, to fire people, and not deliver on customer promises—but Mikkel found new colleagues to move on and eventually found Zendesk.