Trump withdraws US from Paris accord, targets India 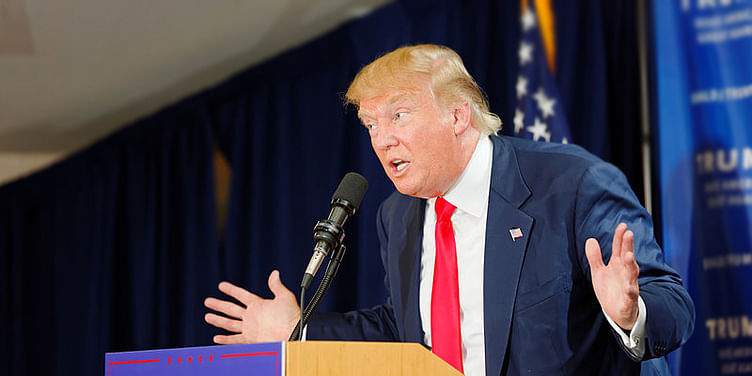 The US President Donald Trump on Thursday announced the US is withdrawing from the Paris Climate Agreement due to the "draconian financial and economic burdens" the agreement imposes on his country.

"As of today, the US will cease all implementation of the non-binding Paris accord, and the draconian financial and economic burdens the agreement imposes on our country," he said in an address in the White House Rose Garden.

With the move, the US joins Nicaragua and Syria as the only other non-participants to the accord, inked by 195 nations, including Washington, in Paris in December 2015, to fight climate change.

Trump said the accord "disadvantages the US to the exclusive betterment of other countries", and targeted India specifically.

"India makes its participation contingent on receiving billions of dollars in foreign aid," he said.

Trump said according to the Paris Climate deal terms, China will be allowed many coal plants, and India will be allowed to double its coal production by 2020. He said that under the accord, China can steadily grow its carbon footprint until 2030.

Trump noted that the US will begin negotiations to reenter the Paris Agreement "on terms that are fair to the United States".

Former President Barack Obama, whose administration played a key role in negotiating the deal, accused Trump of "rejecting the future" by pulling out of the Paris climate deal.

Meanwhile, top American executives have voiced their anger and displeasure at the announcement, the media reported.

"Withdrawing from the Paris climate agreement is bad for the environment, bad for the economy, and it puts our children's future at risk," Zuckerberg said.

The US decision to leave the Paris Climate Agreement adopted by nearly 200 countries, including India, will not stop its incredible momentum, the UN environment head said on Friday.

"The science on climate change is perfectly clear: we need more action, not less. This is a global challenge. Every nation has a responsibility to act and to act now," UN Environment chief Erik Solheim said.

"China, India, the European Union and others are already showing strong leadership; 190 nations are showing strong determination to work with them to protect this and future generations."

The Paris Climate Change Agreement adopted by 194 countries is a historic treaty and cannot be renegotiated, the UN Framework Convention on Climate Change (UNFCCC) said on Friday.

The Paris Agreement remains a historic treaty signed by 194 and ratified by 147 countries. Therefore it cannot be renegotiated based on the request of a single Party (the US), the UNFCCC said in a statement.

Mayor of Los Angeles Eric Garcetti announced on Thursday that he was proud to continue to adopt goals of the Paris Agreement with 60 fellow mayors, who are committed to the Mayors National Climate Action Agenda (MNCAA).

The agenda, also known as Climate Mayors, is a network of 88 US mayors, representing over 43 million Americans all over the country, Xinhua reported.

They work together to strengthen local efforts for reducing greenhouse gas emissions and supporting efforts for binding federal and global-level policy making.

Until Thursday noon, 61 mayors signed their names in the statement, including almost all mayors of the big cities in the US, such as New York, Los Angeles, Chicago, Houston, San Francisco, Seattle, Phoenix and Denver.