3-time entrepreneur couple OPENs the door to neobanking in India 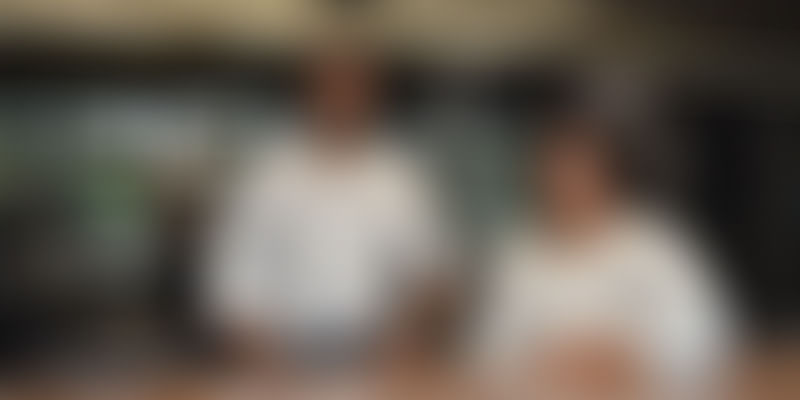 Neobanking may be a new concept, but Anish Achutan and Mabel Chacko are banking on OPEN, a digital bank for SMEs and startups. The neobank aims to on-board 500,000 micro-entrepreneurs in the next three years.

Starting up isn’t new to Anish Achutan and Mabel Chacko. The duo, who founded three startups together, find the process is a significant “high”.

The entrepreneurial bug bit the couple in 2007, and they built Cashnxt Technologies, an infrastructure enabling banks and financial institutions to extend services to semi-urban and rural markets through a network of secure mobile payment gateways.

In 2009, they came up with Neartivity Wireless, an NFC-based mobile money platform, and in 2012 launched developer payment platform Zwitch Payments (was acquired by Citrus Pay in 2015).

One thing common to all these ventures is that they were ahead of their time. Their latest venture, OPEN, is no different.

After spending two years in Citrus Pay (acquired by PayU India in September 2016) and PayU, the duo realised the one basic but key problem the three lakh merchants on the platform faced.

In a day, while running the business, a merchant has to switch through multiple dashboards, from accounting and book-keeping solutions to checking if bank accounts have debited payments.

The solution seemed clear - integrated dashboards that would give a detailed view of the customer’s current account cash flow and provide payment options.

Seeing that this specific solution was not on the market, Anish and Mable launched OPEN in August this year.

So, what is OPEN? The co-founders define OPEN as a neobanking platform focussed on small businesses and enabling them to manage cash flows, automate accounting and get easy access to credit line.

The root “neo” in Greek means “young” and “new”. So neobanks are conventional banks with a new look – they have no physical branches and use mobile applications and websites to provide services.

It may sound like a new concept, but major global banks have been experimenting with neobanking for close to a decade now.

OPEN lives up to the definition, offering business accounts to merchants (with instant account activation) and leveraging EKYC and ESIGN capabilities in 5 minutes. It also provides VISA-linked expense cards. It is still in need of a banking partnership and is in talks with multiple players.

A neobank or ERP?

But the account opening facility is just one part of OPEN’s services. The OPEN dashboard is equipped with characteristics closer to an Enterprise Resource Planning (ERP) solution and is equipped for:

Book-keeping The dashboard is tightly integrated with the bookkeeping module, allowing merchants to manage, categorise and reconcile income, expenses and budgets while helping create GST-compliant invoices.

If the user has added two different accounts to the dashboard, the backend connects with other bank accounts automatically reconciling income and expenses.

However, the dashboard allows up to only 10 user logins.

Through its solution stack, OPEN is targeting micro-entrepreneurs or homepreneurs. Anish, the CEO of OPEN, says this covers “a good 2 million population in the country”.

OPEN also has an eye on the freelancer market and startups with less than five to 10 employees.

But that’s not all.

OPEN is driving innovation to provide personalised and innovative products to their merchants.

Anish explains, “We are trying to build an offline payment mechanism with banks, where an offline payment can automatically be linked to the right invoice. Second, we want to use analytics to predict cash flows and create meaningful insights for banks and NBFCs. Third, we are also looking to digitise meal vouchers, by providing additional pre-paid cards.”

First is the freemium model, which Anish predicts will get OPEN 80 percent of its consumer base. The remaining 20 percent will pay OPEN Rs 999 on a monthly basis for additional services delivered by the platform.

“Banks see us as an acquisition channel. By taking the entire process of opening bank accounts online, we can save banks as much as Rs 5,000 per customer,” he says.

As it opens acquisition channels for third-party players, it isn’t much of a surprise that OPEN also gets a commission on products (credit lines, bank accounts) cross-sold on the platform.

This, in principle, is the biggest revenue model for most neobanks across the world.

OPEN aims to on-board around 20,000 SMEs this fiscal year, and grow this number to 500,000 micro-entrepreneurs by the end of three years. It is also aiming at revenues of Rs 25 crore in three years.

The co-founders of Citrus Pay, Amrish Rau and Jitendra Gupta, recently invested a total of $250,000 in the startup. OPEN is also in talks with other investors to raise their next round of funding.

The future of neobanking

Globally, the concept of neobanks has caught up. Partnering with traditional banks, some of the well-known fintech firms in this space are UK-based Atom, Tandem Bank, US-based Moven and Chinese internet giant Tencent Holding’s WeBank.

ATOM Bank reportedly raised close to £100 million ($125 million) in February. London-based Monzo was reportedly valued at £50 million in its “interim” £4.8 million funding round.

Investments seem to be flowing in across the world. The year-old French neobank, Qonto, raised $11.3 million from existing investors Valar Ventures and Alven Capital. This month, London-headquartered Tide, which claims to be world’s first mobile-first banking service for small businesses, raised $2 million in a seed round.

What’s reassuring is that there is a new class of institutional banks (like small banks and payments banks) has emerged and caters to segments usually ignored by traditional banks.

With complimentary functions like book-keeping and financial management tools, neobanks could be a better option for merchants, current account holders and businesses. For they aren’t only about “digital”, “mobile” or “branchless” banking, they’re about added value.