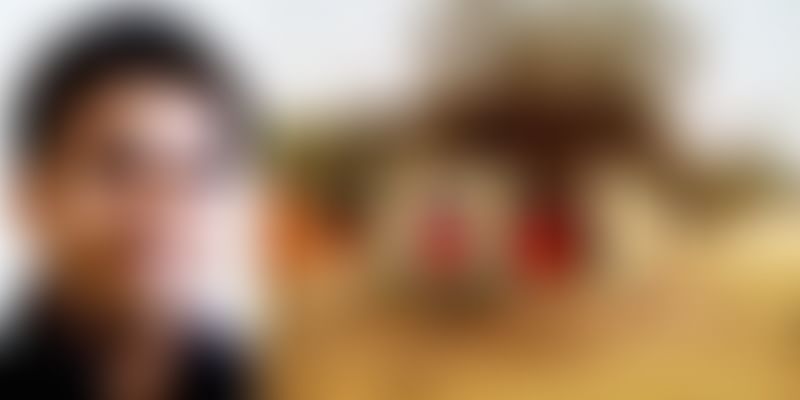 “While sanitation has been a major issue in India since independence, it has got a lot of media hype after PM Modi launched the Swachh Bharat Abhiyaan. We also wanted to play a part in the same. Hence, we took the decision to get into this field by going ahead with an opportunity which came our way.” says 31-year-old Alok Gupta, Director, CIVL, a subsidiary of his family-owned business Graphisads Pvt Ltd.

Organic waste doesn't sound as severe as plastic waste plainly because it is biodegradable. But, when it swells up to unruly mountains of trash, the process employed to do away with it is what damages the environment most.

With a good 60 percent of the waste generated being organic, most of it is transported to landfill sites and is consistently burnt to produce methane gas that is 20 times more harmful than CO2. Landfills also contaminate underground water leading to widespread diseases and unsanitary conditions.

Cutting down the need for heaps of organic waste to be transported and eliminated in such a manner, the GWRM manufactured by Clean India Ventures reprocesses all types of organic matter into compost at the source of waste generation. This acts as a solution to the environmental damage together with the end products serving a purpose.

A vision made reality

This was achieved through a cohesive quest to change the game of organic waste management. In May of the same year, Alok came across an enviro-prenuer Manoj Pathak who was working on a prototype of the GWRM. “He was struggling to commercialise the invention. Therefore, we stepped in to make this a joint mission and install decentralised waste management machines.” It was then that CIVL was newly formed, in order to commercialise and make this a successful venture.

There are a number of other ways to decompose organic waste; how does GWRM stand out you may ask. This one of a kind machine is installed at the root of waste generation with zero need to transport as transportation exerts even more pressure on earth. Dumping the already overflowing landfills can be put to an end, also, the added advantage of a repurposed end product is like a cherry on the icing.

This decentralised technology can be installed at parks, temples, vegetable markets thereby converting all organic reject, be it green waste, flower waste, or food waste at the site.

It converts various capacities of waste, ranging from 100 kg to 5 tonnes, per day. The machine is also specific to its market. A temple waste reprocessor upcycles puja waste into liquid fertiliser and havan samagri made from flowers that are thrown away, while the vegetable waste reprocessor turns mandi waste into solid animal feed and 100 percent organic manure. A garden waste reprocessor specific to parks or large gardens consumes dry leaves and produces smokeless fuel sticks that could easily be employed for cooking purposes.

These useful by-products are readily usable and with the installation of these units, in a period of time, over 50 percent waste can be reduced and reprocessed.

Influencing a change in mindsets

“Wherever we have gone and presented the idea, it has been received warmly. However, there is a resistance among corporations/private owners to spend on waste management as everyone thinks it is government’s responsibility,” says Alok. With importance given to the cost factor, many government bodies hesitate to take part in the initiative. This, in turn, has caused a slow growth rate.

But, CIVL is working hard to bring change in this mindset. “They fail to see their current expenses spent on transportation. We have come across organisations and people who wish to work on such projects but cannot move ahead due to systemic bureaucracy.” he adds.

CIVL has successfully installed 8 projects across Delhi, Haryana, Punjab, Rajasthan, while most of them are on paid basis, some are done as trial projects much to the satisfaction of authorities. They expect more traction in the coming months.

One of their recent installations and successes has been at Nigambodh Ghat, New Delhi with the MPLAD funds of Harsh Vardhan, Science and Technology Minister of India. With three months of reprocessing, the GWR has not only helped Nigambodh treat their organic waste but has saved 50 tonnes of flower waste from entering the Yamuna. In the near future, it is expected to save up to 200 tonnes on an annual basis.

Awareness is a key here because segregation and treatment of waste at source is the future. This is a major problem as people are not yet aware why should waste be segregated at home. Once India starts waste segregation at home, it shall go a long way in helping the country reprocess its waste well.

The project, currently funded by the parent company, Graphisads, has a 15-member team in touch with many residential societies, real estate builders and hotels for the installation of these machines and creating awareness about the nuisance of waste our country lives in.

CIVL’s current target is to install more than 100 machines in next two years with the help of municipalities and replicate the model pan-India by appointing dealers and distributors locally.