The biggest layoffs in the Indian IT sector in recent times 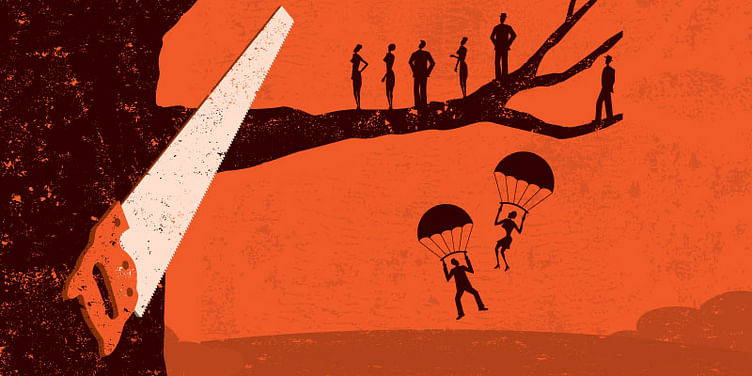 India's $250 billion information technology (IT) sector is poised to witness the worst cases of mass layoffs this year with seven of the biggest companies planning drastic measures to cut costs. Rise in automation, failure to keep up with emerging technologies, and US Visa reforms have been touted as the reasons why IT firms like Infosys, Wipro, Tech Mahindra, HCL, Cognizant, DXC Technology and CapGemini are planning to collectively let go of 56,000 employees. This number is vastly greater than anything the Indian IT sector, which is no stranger to mass firings, has ever witnessed. For comparison, here are the biggest IT layoffs in India in recent times:

With revenue growth plummeting, losses sky-rocketing, and their valuation being slashed, e-commerce startup Snapdeal reportedly fired over 2,300 employees, which is close to 30 percent of the workforce, in March 2017.

US-based networking giant Cisco Systems announced in August 2016 that it would be cutting 5,500 jobs globally, representing 7 percent of its total workforce. The move, which came on the heels of Cisco's revenue dropping by 2 per cent, strongly impacted the 11,000-member-strong Indian workforce but the exact number of employees who were let go in the country remains undisclosed.

After struggling with a cash crunch for several months, Gurgaon-based online classified company AskMe finally shut down in August 2016 and laid off 4,000 employees — several of whom hadn't received their salaries for two months — in the process.

A year and a half after it acquired TaxiForSure for $200 million, Ola shut down the value-cabs company in August 2016 and reportedly laid off 1,000 TFS employees. Ola took this drastic measure of absorbing TFS to bolster its supply and reduce costs by Rs 30 crore a month.

In India's largest ever layoff, L&T handed pink slips to 14,000 employees from April to September 2016 in a measure to 'right size staffing'. This resulted in the country's largest engineering firm shedding 11.2 percent of its workforce across several business verticals such as finance, manufacturing, and IT.

Dealing with ceaseless competition from Amazon and facing a reduced valuation, Flipkart in July 2016 is said to have fired between 700 to 1,000 employees. However, the e-commerce startup claimed that only 300 to 400 employees are being asked to leave following a routine performance appraisal.

In August 2015, just weeks after the then chaos-ridden Housing.com fired its co-founder and CEO Rahul Yadav, the real estate startup decided to fire 600 employees in an attempt to reduce cash burn and increase focus on its core technology and product.

In early 2015, when the Indian IT industry was witnessing mass firings from the biggest companies in the country, TCS announced that it had fired between 3,000 to 5,000 employees due to 'under-performance' — a term the company frequently employs to cover up cost-cutting layoffs.

In the second half of 2014, Yahoo India fired 600 employees from its research and development centre in Bangalore which was among the companies largest R&D centres outside the US.