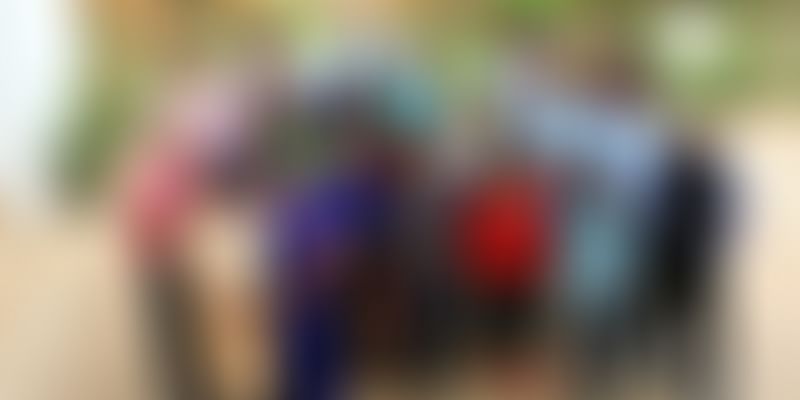 Bengaluru-based drug discovery startup that aims to discover biopharma assets to speed treatments for the world's deadliest superbugs is only company from Asia to make it to CARB-X list of seven projects; gets initial investment of up to $2.6 million, with potential option payments of up to $3.5 million.

A small company tucked away in the University of Agricultural Science campus in Bengaluru is determined to renew the fight against superbugs.

Bugworks Research has just got CARB-X, a public-private initiative established last year to support the global development of novel antibacterial drugs that address multidrug-resistant (MDR) infections, to make an initial investment of up to $2.6 million, with potential option payments of up to $3.5 million.

For the last three years, Bugworks has been engaged in efforts to find a solution to deal with superbug infections.

CARB-X (Combating Antibiotic Resistant Bacteria Biopharmaceutical Accelerator) also announced a second $17.6 million tranche of funding that will be shared by scientists in India, Ireland, France, Switzerland, the US and the UK.

The company, which was formed in February 2014, came together after a few unexpected events.

Anand and Santanu were colleagues at CellWorks, a computational modelling company for the biotech industry. Their company partnered with Astra Zeneca at the latter’s pharma R&D centre in Bengaluru, which is where they met Balasubramanian.

The three had met earlier in early 2012, when they had flown to London to present a paper to Wellcome Trust, a charitable organisation that supports scientists and research. The paper was on tuberculosis and how a computational model could be used to derive a cocktail of drugs rather than empirically stitching together a treatment combination to fight the TB bacterium. They were up against 125 such applicants from global research centres.

Their companies had allowed the trio to present their paper to Wellcome Trust on the condition that their idea would be supported only if they won the grant.

“We were clearly told that we would not be encouraged to work on TB infections unless we won the grant, because it was not core to both the companies,” Anand recalls.

The three were eventually selected and given a grant of £1 million. But things took an unsavoury turn in 2013.

Balasubramanian, then 55, had to stop work on TB halfway after the Astra Zeneca R&D centre was shut down. Soon, Wellcome Trust stopped the grant to Balasubramanian, who then reached out to Anand and Santanu for a position at CellWorks. But as soon as he joined the company the three were told by CellWorks to wrap up their work.

“This is when the three of us decided to set up our own firm. We were taking a big risk,” Anand says.

For Balasubramanian and 62-year-old Santanu, entrepreneurship was a completely new experience and felt very risky. They decided to jump in purely based on Anand’s track record of building companies. Anand had built and grown at least three startups, including Magma and CellWorks, into large companies. The three then concentrated on raising money and building a team.

Their hard work has finally paid off with the CARB-X grant.

Why is the grant significant?

CARB-X is a partnership between the UK’s Wellcome Trust charity and the US Department of Health and Human Services Biomedical Advanced Research and Development Authority (BARDA). The National Institutes of Health’s (NIH) National Institute of Allergy and Infectious Diseases (NIAID) provides pre-clinical support.

The latest round of awards is part of a $455 million commitment by the US and Wellcome Trust over five years.

“Drug-resistant infections are complex and developing new antibiotics is challenging and costly,” Outterson says. He adds that restoring the R&D pipeline is vital to address the threat of superbugs that have become resistant to existing drugs.

“We need greater global support from governments, industry and civil society to get the new treatments the world urgently needs," he says.

BARDA director Rick Bright, PhD, says: “This support will help speed development of new antibacterial products to treat patients with serious, life-threatening infections to enhance domestic health security and global preparedness. We are committed to revitalising the antibacterial pipeline through a combination of incentives.”

Additional partners of CARB-X include the Broad Institute of MIT and Harvard, the Massachusetts Biotechnology Council (MassBio), the California Life Sciences Institute (CLSI), and RTI International.

These following seven projects have been granted awards under the second tranche of funding announced on Tuesday:

Initial investment of up to $3.2 million with potential option payments of up to $8.2 million.

Initial investment of up to $2.8 million with potential option payments of up to $6.1 million.

The CARB-X funding will support the French firm’s proGram to develop Pseudomonas elastase inhibitors (PEIs) that can be administered alongside antibiotics. PEIs are designed to block the Pseudomonas aeruginosa (PA) LasB elastase virulence factor and prevent the organism from evading the immune system.

Initial investment of up to $2.6 million, with potential option payments of up to $3.5 million.

Initial investment of up to $2.6 million, with potential option payments of up to $1.4 million.

Initial investment of up to $1.5 million with potential option payments of up to $3.3 million.

The CARB-X funding will support UK-based EligoChem’s selection of a lead helical antimicrobial peptide candidate that exhibits potent activity against Gram-negative organisms, and which demonstrates low resistance potential and toxicity.

Initial investment of up to $3.4 million with potential option payments of up to $6 million.

Malvern, PA-based VenatoRx is developing a new class of beta-lactam antibiotics that are resistant to bacterial beta-lactamase enzymes and are effective against MDR Gram-negative organisms that cause complicated urinary tract infections, complicated intra-abdominal infections and pneumonia.