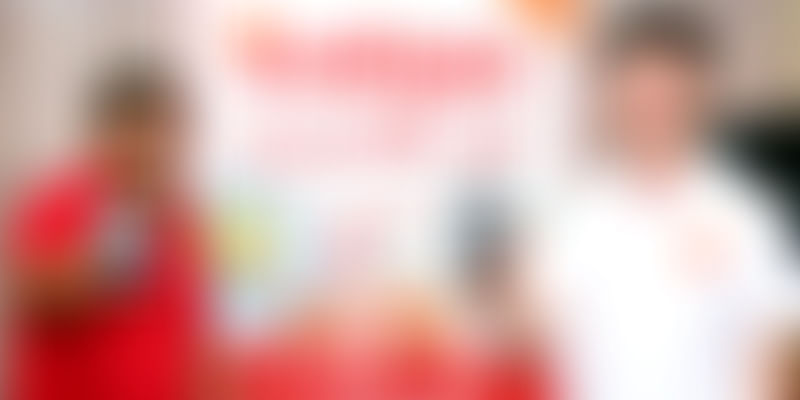 It’s legit. The discounts on your restaurant bill are not a bait, and are definitely a permanent feature. Here's the utterly interesting technique through which the Bangkok-headquartered platform pulls this off.

When I heard Eatigo’s claims that one will never have to pay full price for meals at restaurants again, no strings attached, the quintessential Indian consumer in me was skeptical, thanks to the sweepstake introductory offers frequently dangled by e-commerce. The journalist in me was itching to write them off as yet another heavily funded player out to burn investor money.

At the plush Marine Plaza hotel, which has been on-boarded as a merchant already by Eatigo, I was pleasantly surprised to see them flip the equation. As it turns out, the discounts—at least 10 percent, and up to 50 percent—weren’t as much for the benefit of the customer as they were for the restaurant.

Short version: it turns out that there is such a thing as a free lunch. Or at least, a heavily discounted one. It’s legit, uses a brilliant mechanism, and is definitely sustainable.

The Eatigo team was founded by telco veterans Michael Cluzel, who is the group CEO; Siddhanta Kothari, who is the CFO; Judy Tan, who is also Director, and finally, seasoned techie and serial entrepreneur Pumin (Louis) Yuvachruskul, who is the CEO for Thailand. The first three met in Cambodia, during their stint with Millicom International Cellular.

Incorporated in Singapore in 2013, but headquartered in Bangkok, Eatigo employs more than 100 employees across their offices in six countries. It claims more than 1.5 million downloads across the region and has seated over 5 million diners at over 2,000 restaurants.

Simply put, the platform aims to connect empty tables to empty stomachs, through time-based discounts—which vary from 10 percent to 50 percent throughout the day—at all of its partner outlets. So far, they have over 2,000 restaurants on their platform across Hong Kong, Singapore, Thailand, the Philippines, and Malaysia. “It may not seem like an impressive number, but—all these restaurants offer at least one hour at 50 percent off every day, and that is unheard of,” says Sidhanta.

And here is how that can be pulled off all day, every day.

While products can be held on to and sold later, a seat on a flight is a perishable commodity, as it’s an opportunity missed if the flight takes off with the empty seat—and the same principle applies to tables in restaurants. Since the fixed costs remain constant—the time elapsed during which the tables are empty cannot be gotten back, and you’ve lost the revenue. Airlines do a fantastic job in yield management—and have been doing so since the 1930s. This principle, of dynamic pricing, can be applied to restaurants too.

Eatigo’s merchants, hence, list on the website and app what kind of discounts they will be offering throughout the day—the minimum being 10 percent even during peak hours, and the maximum going up to 50 percent for at least on hour a day. The overlying need was to move customers from peak to off-peak timings.

Restaurants are often full beyond capacity and have a waiting line during the peak hours with multitudes of empty tables around the non-peak hours. Discovery platforms like Zomato and deals-based portals like Groupon, push customers to go to the restaurant, but do not motivate them to go at a particular time. The restaurant may already be full during peak hours, and may not need the added help from these platforms. “Our hack was to change eating habits of diners by at least 45 minutes to one hour on either side of the peak hours, to help divert the crowd. The discounts increase the further you move away from the peak hours. While hotels and airlines run at 73 percent capacity, restaurants world-wide run at a 35 percent capacity. The goal is to increase their capacity utilisation from 35 percent to at least 50 to 60 percent,” he says.

One does not need to make any advance payment—simply provide details and show up. One can even cancel in mere minutes—technically speaking, seconds—before the reservation time, for free, unlimited number of times. But if one decides not to go, and does not cancel their reservation in spite of them having made it so easy, restaurants do not appreciate that—hence, Eatigo blocks a user if they pull a no-show without formally cancelling their booking thrice.

For every user that does show up, the restaurant pays a pre-decided flat fee to Eatigo—this forms their revenue model.

In June 2014, the brand-new platform was fired up in Thailand—a country where the culture of reservations didn’t exist, and people typically just walked at restaurants, a market where people automatically associate discounts with coupons and were worried about where to pay. The company had a steep learning curve. They stressed on communicating to people how and why their model worked. They ended up capturing over 95 percent market share in the online table reservation market.

After raising nearly $15.5 million through a series A round in December 2015 and series B round in September 2016 where they also roped in TripAdvisor as one of their prime backers—by March 2017 and April 2017, Eatigo had launched operations in Malaysia and Hong Kong respectively. And what took them 14 months to accomplish in Thailand and Singapore, was pulled off in Hong Kong and Malaysia in two.

Now that they were the market leaders in South East Asia, conquering all of Asia would be even more euphoric—and markets like India and China would be integral to make this ascent.

Their dream run, however, will have a grounding experience in India, anticipates Sidhanta. “India’s unique challenges are that it is not one market, it is many markets within one—we don’t think what works in Mumbai will work in Indore—all these cities have their own idiosyncrasies. Gujarat, for example, has a very heavy eating-out culture compared to the rest of the country,” he says.

With a completely international team of founders that has one Indian-origin member who has also been away from the country for almost 17 years, the TripAdvisor-backed startup decided to come to Indian shores counting on a local anchor, i.e. by acquisitioning the operations of Pune-based Ressy through an Asset Purchase Agreement. Ressy is an Indian player in the same space backed by investors like Mohandas Pai, Vikram Chachra, Navin Mittal. Supported by their merchant base, Eatigo has made 300 options available—from places of all budgets and types—since they launched in Mumbai and Pune one month ago.

Driving early adoption and getting the initial set of customers to evangelise is key to their operation, and they intend to leverage social media to create this initial buzz.

By the end of the year, they aim to on-board 1,000 restaurant-partners. In the online reservation space in general, the biggest players are Zomato and Dineout. “India holds the highest opportunities for us to grow, but will also present the highest learning curve,” he opines, adding, “We enter a market only when we see the potential to become number one or two there. We broke-even in less than two years in Singapore and Thailand. We aim to replicate that everywhere.”

READ ALSO: UberEats launches in India. What does this mean for likes of Swiggy and Zomato?

The total restaurant business worldwide is $2.7 trillion at 35 percent capacity. Since people can’t eat at odd hours, there will be certain inherent inefficiencies. Increasing capacity by 10 percent is still a $30 billion market opportunity, which also gives their 10 percent commission model a sizable scope.

The biggest test was to see if people have an affinity to discounts and if it helps them change habits. And, as it turns out, 95 percent of the reservations on their platform are happening at off-beat timings. “In some of our most successful partnerships, we are responsible for 25-30 percent of their overall traffic. For example, in Bangkok, the Peninsula hotel told us that they would like to have some guests at 6:30 pm to make the restaurant look busier. We sent them over a thousand reservations a month, and 90 percent of those were during that 6:30 pm slot. Our model is reactive, users do take that pain to save some money if it means deviating by half an hour,” he says. Another bakery in Marina Bay Sands extended closing time from 7:00 pm to 8:30 pm, because of Eatigo.

Eatigo comes into a market that already has several players, currently the biggest ones are Zomato, Vir Sanghvi’s Eazy Diner and Time Internet’s Dineout.

Apart from these, the Indian restaurant reservation market has already got several startups that have started out and persished and many continue to be born. The most recent one being ClickTable, which was launched in Delhi earlier this year. The startup already claims to have over 800 restaurants on its platform across Delhi, Bengaluru and Mumbai.

One of the biggest challenges for the Eatigo team currently would be to transform the Indian mindset of walk-ins. There is a very small fragment of the market that just reserves without any discounts or deals, to bring in that shift in consumer behaviour, Eatigo will no doubt have to begin with a heavy discounting model.

Also, restaurants in India as such are slow to adopt to newer technology. However, Eatigo comes with solid experience in the South-east Asian market, which is rather similar to the Indian food market. And their ambitious plans for India might just turn the tables around.