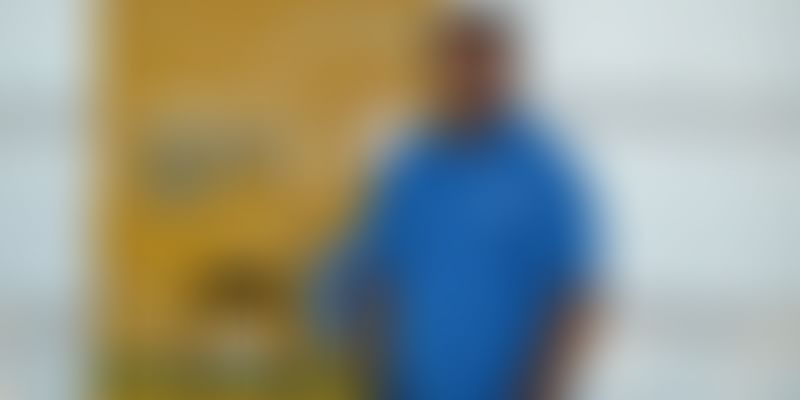 Due to ambulance delays, patients and accident victims in India often do not get medical attention in time. With its cloud-based fleet management solution for hospitals, public and private fleet owners, eSahai hopes to makes a difference

Ananth Ram hit an unmarked speed breaker at the worst of times: when he was zipping through traffic on his 250cc bike, at 140kmph no less. He was thrown off his motorcycle, his body hurled seven feet in the air, before he landed on his face. Ananth, with several deep cuts and lacerations, did not get the medical attention he needed for over 45 minutes. All efforts to calls regular ambulance hotlines were in vain, since the nearest ambulance was an hour away. Thankfully, a policeman drove him to the nearest hospital, where his wounds were finally attended to.

Ambulance delays are pretty common in our country. Although most Indian states have ambulances as per the World Health Organisation's requirement, which is at least one ambulance for 100,000 citizens, few reach patients in time, due to lack of information and infrastructure.

In developed markets it takes less than seven minutes for a well-equipped ambulance to reach a victim.

In India, ambulances are still considered vehicles that merely transport trauma victims, and are not fitted with life-saving equipment such a resuscitators, oximeters, blood pressure monitors, oxygen equipment and defibrillators.

Taking cognisance of this crucial gap in the healthcare industry, Hari Bharadwaj decided to transform ambulances into life-saving vehicles that go beyond the usual function of transporting victims. Thus, eSahai was born.

Forty-seven-year-old Hari, an IT veteran, who has worked in Accenture and other IT services companies, realised that technology could be used to solve local problems, creating a channel of discovery for ambulance services, for example. In August 2016, he set up eSahai and began to aggregate a fleet of private and public ambulances. The firm provides a cloud-based fleet management solution for hospitals, public and private fleet owners.

The company began operations by creating a platform that could send over ambulances to locations within the vicinity of a hospital or healthcare centre.

Having spoken to several hospitals and diagnostic centres in Hyderabad, Hari understood that their ambulance utilisation was less than 30 percent. His pitch to them was simple: he would manage their fleet and increase utilisation to about 75 percent.

This June alone, nearly 505 ambulance rides were ordered on eSahai. About 2,000 rides, 150 ambulances, 6 medical-taxis and 10 months later the model has garnered great interest with 40 hospitals that work with eSahai. Hari was able to seed the business with angel investors and raise close to Rs 3 crore.

He, however, clarifies, that his company's work does not just entail aggregating ambulances. “We are not just an ambulance aggregator; we are a medical taxi and transport management company,” he says.

How are medical taxis different? Medical taxis are ambulances that help post-surgery patients reach their homes after the hospital stay. The taxis are vans fitted with special seating to make the ride back home a comfortable one.

The company manages the fleet and its utilisation and provides dashboards to the client. Hari notes the importance of understanding the topography of a city and planning hospital services accordingly. Hyderabad, where the company is currently operational, has hospitals clustered in a couple of suburbs alone, as opposed to a city like Bengaluru, where they are fairly spread out. The company has tied up with CallHealth, Nephroplus and other corporate hospitals, which Hari did not want to disclose at this point of time.

ALSO READ: Why IT has to reinvent iteself?

While aggregating ambulances is easy enough, the challenge for eSahai lay in increasing their utilisation. “I tie up with several hospitals that have an idle asset and that needs to be churned,” he says.

Experts highlight the need for services such as the one eSahai provides. “If technology can increase asset utilisation then there is a definite business model,” opines Naganand Doraswamy, CEO of IdeaSpring Capital.

Since this is the first full year of operations the venture does not want to disclose its revenues.

Now that the Hyderabad pilot is a success the company is going to expand to other cities such as Visakhapatnam and Pune. The company will launch in 16 cities in two years.

There are several ambulance aggregators in the market. Companies like Zoctr, HiAmber, StanPlus and others are making inroads in some metros. But making available ambulances not just on time, but also equipped to handle trauma with the right care is still not perfected in the Indian ecosystem. However, by harnessing technology, value-added services, like the kind that eSahai provides, will go a long way in disrupting the Indian healthcare sector.