From starvation deaths to surplus: how farmers of an Odisha village revived traditional practices 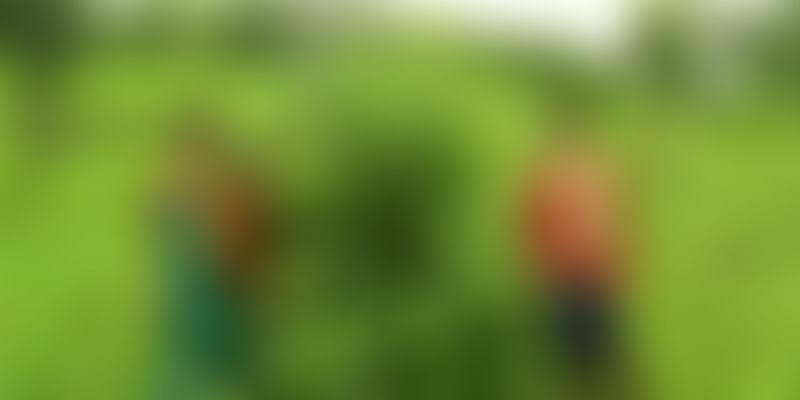 Growing crops had never been easy in Kashipur. Farmers practised shifting cultivation, depending on rains to produce whatever little was possible on the rocky slopes. But with onslaught of bauxite mining, large-scale felling of forest trees and changing weather patterns, the going has got tougher.

The region in Odisha’s Raygada district has always been in the news for wrong reasons. More than 50 starvation deaths were reported from this area in 1986-87, which forced the then Prime Minister Rajiv Gandhi to pay a visit along with his wife, Sonia Gandhi. He made many promises to the people of Kashipur, but over the years, the situation has only worsened. There were 21 alleged starvation deaths reported from the region in July-August 2001. However, the government blamed it on food poisoning. Now the block has over 700 children with symptoms of malnutrition. It suggests that various government programmes haven’t done well in ensuring food security.

But thanks to women of this area, in 2014 the situation has started to change for the better.

Agriculture has been transformed from an unreliable livelihood option to a viable economic activity, as farmers started working in unison with nature. Kashipur is a sub-tropical hilly and forested region inhabited by both tribal and non-tribal communities who are primarily agrarian.

Agriculture was a reliable occupation till forest cover was intact to check flash floods and soil erosion. “The rain was timely and climate was conducive. Today, the forest cover has reduced to make space for developmental works, mining and industrialisation, besides fulfilling the commercial needs for timber. Changing weather pattern has added to the problem,” says Sumani Jhodia of Siriguda village, who is the president of Ama Sangathan, a local women’s society.

Late rain, early winter and increasing incidence of heavy rain have become frequent in the area. Heavy rain causes flash floods, thus eroding the loose soil of cultivated lands on hill slopes. Crop season has been squeezed to only three months instead of the usual five. Late rain delays farming activities, particularly in cultivation of major crops like paddy and ragi.

On the other hand, early winter season damages crop before they are ready for harvest. This pushed the poor farmers further into deprivation. “Because we lost our crops, our financial condition worsened. I couldn’t even arrange proper medical treatment for my husband who died of prolonged illness a few years back,” says 40-year-old Jaimati Majhi of Dandabad village.

Food insecurity and poverty led to distress migration of youth. “These days, one or two members from each family migrate to other states to work as labourers. Some of them even die at their workplaces. Last year, two youth of Madigaon village died in Andhra Pradesh,” says Sumani. In such a scenario, Agragamaee, a non-profit working for sustainable development in Odisha, suggested eco-village development through involvement of members of local women groups.

The land will yield again

Taking clues from the non-interfered natural growth of tropical forests and Masanobu Fukuoka’s idea of one-straw revolution, a modified common model of farming was developed on the basic principles of no tilling, no weeding, no use of inorganic fertilisers and chemical pesticides.

Following methods of one-straw revolution, farmers do not loosen the soil by ploughing the land. They sow seeds and cover them up with a layer of straw or grass. This grass cover helps in germination as it usually happens in natural forests. Not only the cover protects seeds from sparrows, it also holds the moisture for longer time to help the crops grow.

Though this method was not new to the tribal farmers, it was out of practice because of the invasion of commercial agriculture, which leads to high input cost and soil degradation.

No ploughing and no weeding saves the farm land by checking soil erosion in events of extreme rain, whereas no use of chemicals makes farming economically-viable and ecologically-sound. For manure, farmers leave the vegetative wastes like leaves, shrubs and chopped grasses scattered on the farm land so that they get decomposed into compost. Besides supplying essential nutrients, compost also helps the soil retain moisture at the subsurface level to support plant growth for a relatively longer period. Scientifically, apart from revitalising the land for agriculture, this natural process helps with soil formation as well.

From developing farmland to raising crops, women took the lead in all aspects related to revival of agriculture. “The women groups developed a common farming method that combined plantations, orchards, rainfed crops and hedge rows to provide an integrated agro-ecological system to support the livelihood of each farming family and the community as a whole,” says Vidhya Das of Agragamaee. “I have grown variety of crops including maize, ragi, caster, pulses, spices and vegetables,” says 50-year-old Sonamati Majhi, a woman farmer of Dandabad village.

Last year, apart from vegetables and beans throughout the season, Sonamati got about 92kg of ragi and 10kg of pulses from her less-than-an-acre farm. Besides fulfilling the consumption needs of her family, the crops fetched her Rs 10,000 income. This year, she hopes for a better harvest. “Earlier, the total harvest used to often fall short of our consumption needs,” Sonamati points out.

Many women are also experimenting with cash crops for richer dividends. “While the seasonal and annual crops are grown primarily to fulfil our consumption needs, cash crops are to add to our income. We have also planted income-generating fruit trees such as mango, jackfruit, guava, litchi and cashew to create a stable source of income in three-four years,” says Amika Chalan of Maligaon village.

Apart from better nutrition, the villagers are also able to fulfil other basic requirements like education. “All children of our village attend primary school these days and seven are studying in high school,” says Jayimati.

Going a step further, members of Mahila Mandals have taken to raising community farms on larger patches of common land, mostly on hill slopes. “This will help create a resource of the community to support its individual members in times of distress,” says Sumani.

The success has reaffirmed the fact that natural farming is the most sustainable option against high-input chemical agriculture as well as shifting cultivation. It also re-establishes the fact that subsistence agriculture, unlike mining and large industries, can bring development to the communities without causing any harm to the environment.

Disclaimer: This article, authored by Basudev Mahapatra, was first published in GOI Monitor.