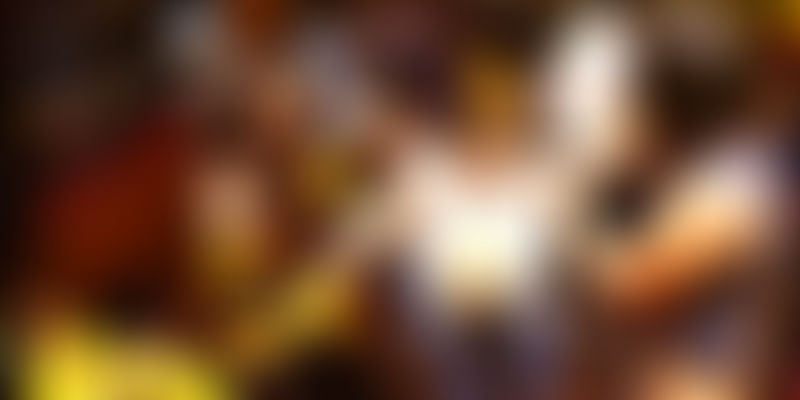 Inclov, the global matchmaking platform for people with disabilities, brought the differently abled closer in yet another unique initiative through its offline meetup platform, ‘Social Spaces’. The guests, who often do not have access to such events, took home lifetime memories in India’s first-ever nightlife party hosted exclusively for the community.

How does a weekend night in one of Delhi’s premier nightclubs Kitty Su look like? Loud music, popular DJs playing latest music tracks, guests grooving to the music on a crowded dance floor, people chatting and laughing over long conversations, busy bartenders whisking new cocktails, the whole club buzzing with the energy of happy faces all around. But the Sunday of June 25 was a different night. Everything was the same, in fact the excitement was probably double than that of a usual weekend at the club. The only stark difference was that the majority of guests attending the event were people with disabilities.

Formerly known as Wanted Umbrella, Inclov started off as a matchmaking agency for people with disabilities in 2014. The platform launched a 100-percent accessible and inclusive app for the differently abled community in 2015, and even for those without disabilities. Today, the app has over 10,000 users and has played cupid to around 5,000 matches on the app.

Inclov’s Social Spaces meetup in Kitty Su was nation’s first-ever inclusive nightlife party for people with disabilities, who seemed to have a gala time. For many attending the meetup, this was a dream come true as they had scarred memories of having been denied entry into a nightclub earlier due to their disabilities. Manish, who faces polio, is one such victim.

“I had gone to a club with my friends in Kolkata, but was denied entry because I was on a wheelchair. It had affected me psychologically and I never thought this would ever be possible,” recalls Manish, who is an infotech associate with a multinational company. “Today is a dream come true for me; to be able to drink, dance, and party like everyone else. I can’t thank Inclov enough for providing this opportunity,” he further added.

The idea behind Social Spaces

When it struck the team that the community might actually crave for an offline experience, Shankar Srinivasan and Kalyani Khona, Founders of Inclov, ideated and initiated Social Spaces—Inclov’s offline meetup platform in 2015 which has organised over 20 social meetups in different cities across India.

For Shankar, this nightlife meetup was an initiative long due. “I’ve had this in mind for a while now. We began Inclov as a platform to give equal opportunity to all for finding a match. Inclov’s Social Spaces started last year with only five people in a café. But over the last year, we have had more than 20 meetups at beaches, cafes, restaurants, hotels, and now at a night club. Today Kitty Su is jam-packed and we even had to close registrations two days before the meetup.” says Shankar.

Inclov has partnered with Kitty Su as a part of their Social Spaces initiative.The event at the club, which had a paid entry, witnessed an overwhelming response from the community. Most of the visitors were members of the platform while the non-members learnt about the initiative from social media. Though the event was organised in Delhi, people from nearby states like Rajasthan, Uttar Pradesh amongst others, thronged the capital specially to attend the event.

“I could not have missed this for my life. I have travelled over 400 km today but I am super excited to be a part of this event. This is historic,” said Sukhram.

To make the night livelier for the special guests, the event also included a stand-up comedy act by Krishnendu Paul. However, the biggest highlight of the night was when DJ Aamish, who is also wheelchair-bound, took over the console to spin music and make the crowd go wild.

“I’m very excited because this is the first time we’ll not be seen as ‘different’. I have played in Delhi earlier but this will be another experience, because I’ll play in front of people who won’t judge you for your disability, but on the basis of your talent. It’s something that makes you feel respected,” highlighted DJ Aamish.

India is often deemed as a not so disabled-friendly country due to inaccessible spaces for the community. According to Accessible India Campaign, the nationwide flagship campaign of the Department of Empowerment of Persons with Disabilities (DEPwD) under Ministry of Social Justice and Empowerment, the three basic infrastructures, i.e. buildings, transport, and information and computer technologies (ICT) will be retrofitted to make them easier to use for the disabled.

To ensure a smooth-sailing evening where conversations can flow uninterrupted and people can move about freely at the venue of the event, there was a need of sign language interpreters and a completely sensitised staff. The night of the meetup at the club seemed to have it all.

The staff of Kitty Su was given a sensitisation training to handle the special guests. Extra arrangements were made which included a red carpet, a lower dance floor, and ramps for wheelchairs. Also, the club’s entire staff, be it security marshals or waiters or bartenders, took extra care to make the crowd feel comfortable, ensuring they had a good time.

Talking about the special arrangements, Kalyani said, “Lack of fully accessible facilities and platforms is a major concern for people with disabilities. For every meetup hosted by Inclov, 100 percent accessibility with ramps, presence of sign language interpreters and staff sensitisation over the issue is a must. To this end, the Lalit Hotel and Kitty Su staff in particular have been very helpful in ensuring that tonight is a big hit with our guests”

Though it was an inclusive party for disabled people, the event was open to people without disabilities as well, who were thrilled to see the enthusiasm and energy level of the shy community.

“I have been to several parties at numerous nightclubs. But tonight was pleasantly different, I have never seen anything like this. The crowd is going wild, no one here is ‘different’. Everyone feels the same,” said Parul Aggrawal, a digital marketing professional.

All in all, the novel initiative, was heartily welcomed by the differently abled community, who could not thank Inclov enough for boosting their confidence and making them feel up to par with the society.

“The glass ceiling has been broken and the invisible wall for people with disabilities has now been removed. We know we can visit anywhere and everywhere we want, without any hindrance. I thank Inclov wholeheartedly for this,” said Ankur Dhir, a wheelchair-bound guest.