Each startup is different and past performance is not indicative of future returns: Growth Story's K Ganesh

In a conversation with YourStory, the serial entrepreneur shares his tips for success.

K Ganesh is better known as the marquee serial entrepreneur with four successful greenfield ventures and exits. TutorVista (acquired by global educational leader for $213 million), Marketics (acquired by Nasdaq-listed WNS for $63 million), CustomerAsset (acquired by ICICI and now listed as FirstSource), IT&T (acquired by iGate). From BPO services, analytics to education services, each of these three businesses was sold to larger entities at respectable valuations. K Ganesh partnered with his better half Meena Ganesh as co-founder in all these ventures.

Before stepping into the world of entrepreneurship, he served as CEO of Bharti-British Telecom and was also on the Board of Governors of IIM Calcutta. Ganesh is a postgraduate from the Indian Institute of Management, Calcutta, and has a degree in Mechanical Engineering from Delhi university.

Pick a big problem to solve – a big need or a large pain point. Don't think you can outdo an incumbent - find a new way to change the status quo. Be sure you are willing to commit to entrepreneurship and make the sacrifices needed to be one – remember the quote – "no one said entrepreneurship is easy but only that it will be worth it.

After witnessing successful exits, K Ganesh and Meena Ganesh did not set out to retire, rather they took a plunge in a new direction. They came up with the idea of nurturing startups. The idea soon metamorphosed turned into reality with the launch of Growth Story, a factory model for startups that scouts for new ideas and enables entrepreneurs to become successful.

Given the fact that Ganesh has never been sole founder in any of his past ventures, he expressed that he will not hesitate to invest in a single-founder startups. According to him it is tougher to pull it off if you are the sole founder, for example, though we do have companies with only one founder – the very successful Freshmenu has a stellar founder in Rashmi Daga. In many cases, founders leave sometime into the journey, and in spite of that, they do very well. There are enough examples in both international and domestic markets to support this fact. But if you are planning to start a company, do try and do it with co-founders than flying solo. Ganesh says,

Each startup is different and past performance is not indicative of future returns – everyday the entrepreneur has to face himself/herself in front of the mirror and start afresh. I have been mostly lucky to work with great entrepreneurs, good timings more than any serious planning.

Ganesh also shared his views on creating a secure environment for women. His advice is that everyone in the ecosystem has to work towards the formulation of a clear policy, communicate effectively and draw the line between acceptable and non-acceptable behaviour.

The other factors that can drive women safety include sensitising people on the need to facilitate a fair non-discriminatory environment, have a zero tolerance policy on issues and make it part of "must have" due diligence item even at seed stage investing, ie don't invest unless the above steps are in place.

Healthcare, the next big thing

Having been in the healthcare industry for quite sometime, Ganesh is well-versed with the current trends driving the growth of the industry. So what’s the next big thing in the Indian healthcare space?

“Given the lack of access, telemedicine including remote diagnostics and teleradiology can effectively address the issues. AI and ML can help diagnose better and enable doctors avoid errors; wearable, point of care devices can predict problems proactively and help in intervention. However, a lot more focus is required on the role of nutrition in managing health and wellness,” says Ganesh.

Ganesh and his wife are the co-founders of home-focused healthcare platform Portea Medical which they bought in July 2013 from Zachary Jones and Karan Aneja, who founded the company in 2012. Portea Medical is backed by Accel Partners, International Finance Corporation (IFC), a member of the World Bank Group; Qualcomm Ventures, and Ventureast.

Ganesh has been inspired by many people in his journey as an entrepreneur. He has been particularly influenced by Shiv Nadar, Sunil Mittal, Nandan Nilekani and Dr Ranjan Pai.

What has been the most influential factor in his businesses success?

Luck plays an important role, and also, being in the right place at the right time. We often underestimate the role luck plays in success. Though I would like to clarify that this does not undermine the hard work of thousands of team members. 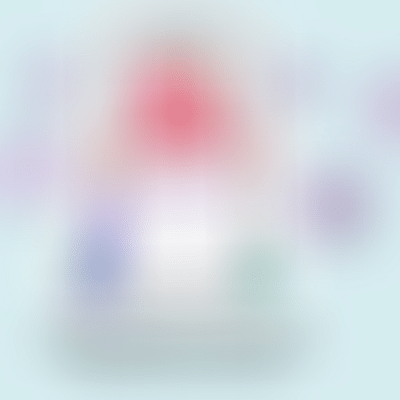