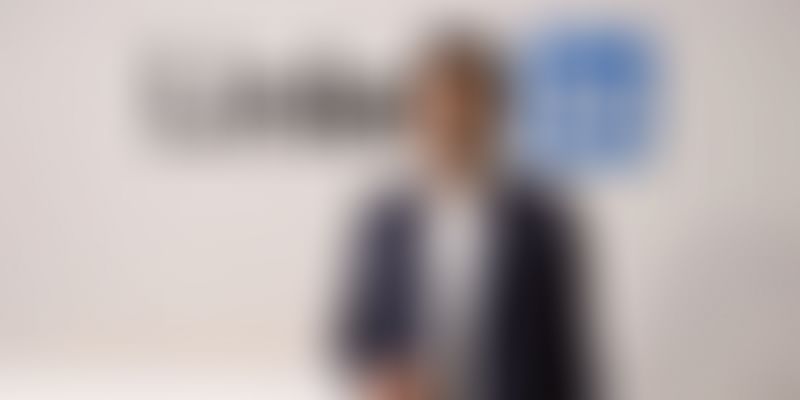 Over nine months back, LinkedIn opened it swanky developmental centre at Bengaluru and announced its India specific plans of having a sharper mobile focus. With LinkedIn Lite, a mobile website for faster connectivity in poorer network areas, LinkedIn Placements for students in Tier II and Tier III cities to get a suitable job, and LinkedIn Startup Pack, to help businesses and SMEs, the California-headquartered professional networking site is strengthening its India presence.

In a newly-furbished floor, Akshay Kothari, LinkedIn India, Head, today announced the launch of the LinkedIn Lite, Android App. The app is a lighter and faster version of the flagship LinkedIn app. The Android app is faster and reduces data usage by over 80 percent. LinkedIn plans to roll out the mobile web version and the Android app in over 60 countries shortly.

In the nine months that LinkedIn launched the Lite mobile web version, the team has been able to ascertain the different features that people were interested in, were looking for and discovering the most. Citing an example, Akshay adds that the search bar, which is present on the LinkedIn Lite app, wasn’t there on the website. The messages and notifications are a few other features that have been added.

Fourteen years of existence, a market cap of $18.23 billion, and an acquisition by Microsoft for $196 per share in an all-cash transaction valued at $26.2 billion in June last year, LinkedIn is today one of the world’s largest professional networks with over 433 million people on it.

Products from India to the globe

When LinkedIn launched in India in 2009, it had started as a sales office. In 2012, the team began to shift focus and build an engineering team. The idea was to build products that were unique to India and yet could be taken to other countries across the globe.

“Initially when we launched LinkedIn Lite, our aim was to ensure that people across the country even in Tier II and Tier III cities are able to access LinkedIn, connect with people, consume content and look for jobs. Over the past nine months, we have realised that people have now adopted the idea and are looking for deeper connections, and thus we decided to build the LinkedIn Lite app.”

With mobile becoming the first screen in India, the Lite app offers a seamless and intuitive experience of LinkedIn to users on Android’s operating system, that accounts for 97 percent of India’s smartphone market, according to a report by Strategy Analytics.

When LinkedIn was looking at India specific products they understood that it was important to build the product in such a manner that it would overcome the challenges of the unpredictable internet connectivity.

Built to run smoothly and offer faster access even on lower end smartphones, the app loads extremely fast – in under five seconds, even on 2G network. The app size is only 1MB and reduces data usage by 80 percent. It also offers all key features like news feed, jobs, profile, network, messaging, notifications, and search.

Akshay adds that the fight was for every KB.

“When we were building the app, we were sure that it should be true to its name and truly be lite. While building the app, we realised that the kind of fonts, and colours and combinations had to be different from the flagship app. Every shift that we made helped us build the app better and give it faster speed.”

Whether it is job hunting, startups, or connectivity, India is different. To understand the real India, the team went deeper into Tier II and III cities to understand how LinkedIn could optimise their business in these regions. The LinkedIn Lite app aims to help people have decent connectivity and speed from Bengaluru to Belgaum.

“And this regardless of their device or location. We hope to level the playing field for all LinkedIn members so they can get closer to their dream jobs, grow their networks and become more successful," says Akshay.

While the team is excited about the launch of the LinkedIn Lite app, it will also work deeper with businesses with the LinkedIn Starter Pack. Akshay adds that they will also be looking at the Premium membership and the blue-collared jobs partnership with Microsoft very closely.

“With Premium, I want to explore what we can do that will be specific to India and help the Indian Premium LinkedIn members. For example, if you’re a student and are a premium member, you have free access to all the course material on Lynda, we are unsure at the moment how much of awareness is there on this. There are some plans on the works. Apart from this, I am personally very excited about the blue-collared jobs segment that we are entering into with Microsoft. We hope to change the way jobs are searched in India.”