What is LoanAdda doing to make itself profitable in a crowded market? 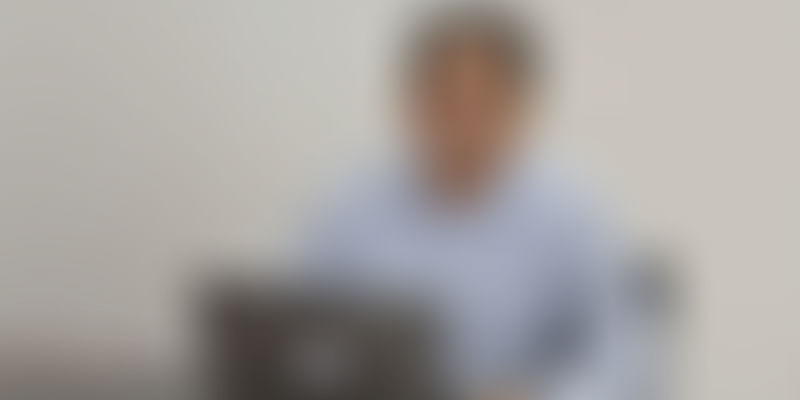 The loan aggregator market in India has seen a steady influx of players, big and small, over the years. Some of the older players in the space such as BankBazaar, Rubique, and The Loan Wala, among others, are now transitioning into financial product providers by looking beyond personal loans.

Add to this the rapidly multiplying NBFC and SME loan providers, and you have a crowded loan marketplace.

But all this was far from the mind of Anshuman Mishra (39), when he set up LoanAdda in 2015 to make loans available to large sections of people left out from the purview of the informal and formal banking channels.

A financial services industry veteran of 15 years with experience in banking, consulting and retail, Anshuman was bringing to the startup his vast learnings acquired from a deep knowledge of the sector.

As someone who was responsible for managing ICICI Bank’s priority sector lending business, he was acutely aware of the limited access to credit for unbanked customers and poor guidance in facilitating loans. He says,

“The bigger problem is that of guidance where customers usually do not know which lender would be the best fit for their profile, which makes them go from pillar to post to get a loan.”

He has managed to address both these issues at LoanAdda. Today, 78 percent of LoanAdda’s customers are first-time loan takers. Moreover, LoanAdda’s technology algorithm follows its own logic while measuring the eligibility of a certain customer to take loans and throws up the best possible product to the consumer.

If it were to depend on the CIBIL credit rating to determine a customer’s eligibility for a loan, a large portion of the market it is trying address would be left out.

How it all works?

After a customer applies for a loan through LoanAdda’s website or app, the user gets a call from the credit team to understand his/her requirements or to collect more details.

Once all documents are filed with the firm, the algorithm starts processing the application—it understands the creditworthiness of the consumer and forwards the details to the right bank. Lastly, an eKYC of the customer is done following which the loan is disbursed.

Currently, LoanAdda has tie-ups with more than 42 banks to provide home, business, personal, gold and collateral loans on its platform. Through a partnership with India Infoline, an NBFC, the company also gives out its own loans.

Anshuman says that while secured loans or ‘loan against property’ constitute 50-70 percent of their entire loan book. unsecured personal loans and business loans, stack up to 15 percent and five percent, respectively, of the total loan book.

The company claims to have disbursed loans in excess of Rs 400 crore so far, and are currently deploying more than 100 loans per month, on an average. Besides, it claims that 100,000 valid customer inquiries are being generated on its platform every month since the past 24 months.

Just last month, the firm successfully disbursed one of their largest loan amounts of Rs 100 crore to Okaya Batteries, with Bajaj Finance as the co-lender.

LoanAdda follows a commission-based revenue model. On an average it gets one to two percent on each loan disbursed on its platform.

Anshuman says the cuts are different for different loan products. For example, the average cut on home loans varies from one to two percent. For unsecured loans, this may range from 1.5 to five percent.

Till FY 2018, the firm plans to disburse loans worth Rs 1,000 crore and earn close to Rs 8 crore in revenue. Anshuman states that eight to 10 percent of this would be the firm’s profit margin.

Anshuman attributes the steady revenue growth upselling and cross-selling of loans on the platform. Since

consumers tend to transfer loans from one bank to another, that results in more revenue for the company.

The team and the road ahead

Apart from Anshuman, CEO, LoanAdda, other members of the company’s A-team are Aishwarya, who is the Chief Marketing Officer, Rupali Arora, the Business Head of Credit, and Nikhil Yadav, the tech lead.

“Initially I was talking to bankers and got connected to the core team through networking. While starting up, we needed two sets of thought—one which makes the product and other which builds the technology,” says Anshuman, while refering to how he put together his team.

At present, LoanAdda has a team of 28 people. The firm has raised half a million dollars in funding commitment from an Indian angel investor.

Going forward, LoanAdda plans to have close to 25 percent of its portfolio made up of its own loans. During the current fiscal, the firm plans to have offline touch points in about 225 locations across India.

Moreover, it is also planning to work around the word-of-mouth model, allowing existing customers or other individuals to earn through referrals. On a monthly basis, LoanAdda plans to get 50,000 to one lakh customers just through the word of mouth.

The loan and lending market has seen an explosion of new players trying to disrupt the space.

In the SME and business loan segment, there are other players like Loan Frame, Lendingkart and Capital Float which are aggressive and have bigger loan books of Rs 1,000 crore and above.

With already $343 million been invested in lending startups last year, it seems that lending, loan marketplaces and NBFCs are well on their way to becoming the new stars of Indian fintech.