Maggie Doyne: A teenage backpacker who is now a mother to 50 children in Nepal 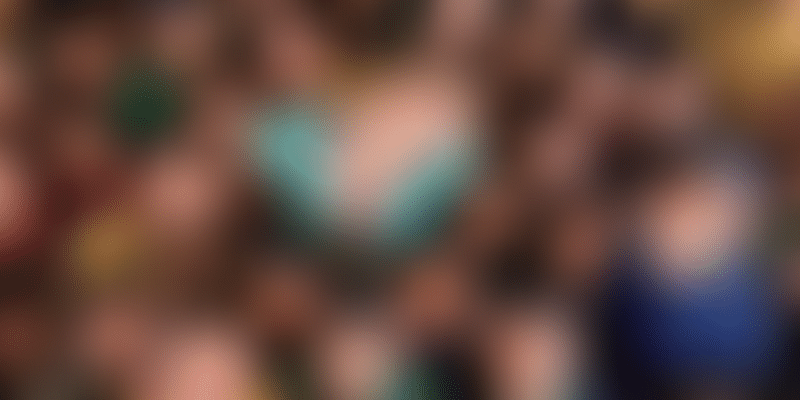 More than a decade ago, when an 18-year-old Maggie Doyne left her home in New Jersey with a backpack, she didn’t see herself opening a school for 400-odd children in Nepal; children who would have otherwise been breaking rocks and selling them without any hopes of an education.

When Maggie finished high school, she wanted to take a year off before college to see the world for what it is. Her decision was driven by a desire to understand herself better and figure out what she wanted to do with her life. As part of her travel, she came to live in the northeast of India where she witnessed refugees fleeing Nepal at a time when the country was entangled in a civil war.

After hearing a lot of stories about victims of the civil war, Maggie decided she wanted to see for herself what was happening in Nepal. Maggie went to Nepal where she met Himi, a six-year-old girl who used to break rocks every day. Himi wasn't alone—children breaking rocks and selling them to survive wasn't an uncommon sight.

At that point of time, all she wanted to do was help that little girl in every possible way. Recalling those days, Maggie tells The Huffington Post,

It didn’t start as this huge vision. It started with a little girl. I kept thinking incrementally: what’s the next step? And now, what’s the next step? And the next step at a certain point became a home, because a lot of the children needed a place to stay. They weren’t safe. They had lost parents and were orphaned. I knew I couldn’t think about school, before I helped meet their basic needs. School is a luxury. They need a home and love. They need a family.

That is how her journey began. Twelve years have passed since then and Maggie has been instrumental in building a home for orphans and a school to educate underprivileged children. Other than this, she has started a women’s centre for victims of gender-based violence, a community centre, and a health clinic.

The Kopilla Valley school started by Maggie in 2010 has more than 400 children and most of them are first in their families to attend school. Her aim is to set a standard for the way we treat children despite our differences. Maggie believes that it is a responsibility that needs to be fulfilled by everyone.

To acknowledge her efforts, in 2015 she was chosen as the Hero of the Year by CNN. Despite all the positive impact she is creating in Surkhet, Nepal, she too has her bad days. Talking about how she copes with it, she told Daily News and Analysis,

There are days when I feel low, but all I have to do is walk out of my bedroom and see my children running around, to realise that the change is happening before my eye.