Ram Nath Kovind's journey to becoming the President of India 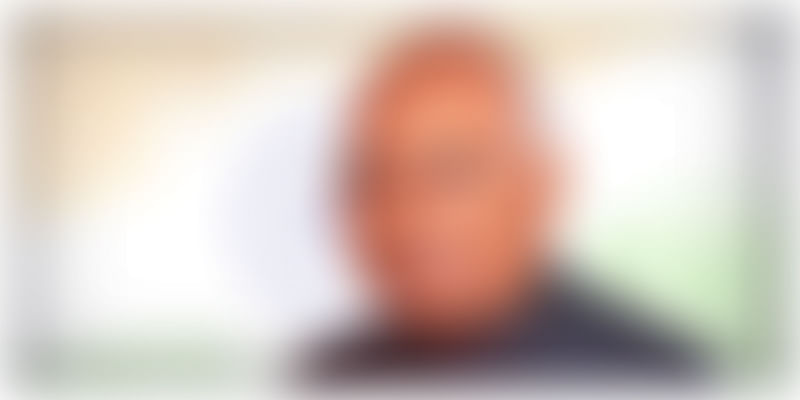 After much speculation and anticipation, NDA candidate Ram Nath Kovind was declared the 14th President of India, earlier today. The former governor of Bihar is the second Dalit leader after KR Narayanan to occupy this ceremonial post.

The 71 year old Kovind is to be inaugurated as President of India on the 25th of July, a day after current President Pranab Mukherjee’s term comes to an end. Kovind’s win against UPA candidate Meira Kumar, came at a 65.6 per cent which translates into 702,044 electoral collage votes. Kumar, on the other hand, managed to procure only 34.35 per cent, which translates into 367,314 votes. According to reports, the cross-voting in Gujarat, Goa and UP is what led to Kovind receiving 2/3rds of the votes.

Kovind has had a long and interesting stint in both law and politics, through the course of his life. A known advocate for the Dalit community, as well as others belonging to SC/ST tribes, Kovind’s win is a great victory for the BJP, which can now fight back against the allegations of their anti-Dalit measures.

Ram Nath Kovind was born into a family of five in UP’s Kanpur Dehat, back in 1945. His father was a farmer in a still-colonial India, and as a result, the family understood the truth of limited means and labouring hard for survival. However, at the time when Kovind was growing up, India had attained its freedom and was changing. Under Nehru’s reign, education for children had become an important concern and so Kovind was highly encouraged to receive his own. He pursued law initially and graduated with a degree in the subject from Kanpur University. Following this, he travelled to Delhi in hopes of preparing for the civil services exam. After cracking it on the third try, he finally decided against it, as he was selected for the allied services. Instead, he shifted his focus back to law and procured a license to start practicing it. In the meanwhile, he married his wife of over 43 years- Savita Kovind, who bore him two children, Prashant Kumar and Swati.

Kovind had managed to work his way up the legal ladder quite fastidiously, since his enrolment as an advocate with the Bar Council in Delhi in 1971. He served as the Central Government advocate in the Delhi High Court from 1997 to 1979, became the Advocate-on-record of the Supreme Court in 1978 and the Central Government Standing Counsel in the Supreme Court from 1980 to 1993. While he was ubiquitously acclaimed for his jurisdiction on many important legal cases, it was his work outside the courthouse which turned heads in his favour. A Dalit himself, Kovind made it a point to provide free legal aid to the weaker sections of society, women and children especially. He did this under the provision of the Free Legal Aid Society in New Delhi.

Through his stint at both the High Court and Supreme Court, Kovind had already had one foot inside the world of Indian politics, but his official advent into politics came with his joining the BJP in 1991. Due to his already growing reputation as a high-profile advocate and social activist, he was elected to become a member of the Rajya Sabha from the state of UP in April, 1994. He went on to serve two consecutive terms, which added up to a total of twelve years, until March, 2006. During his stint as a member of the Rajya Sabha, he served on the Parliamentary Committee for Welfare of Scheduled Castes/Tribes, Home Affairs, Petroleum and Natural Gas, Social Justice and Empowerment, Law and Justice. He was also the President of the BJP Dalit Morcha between 1998 and 2002 and occupied the post of the President of the All-India Koli Samaj as well. After donating his ancestral home to the RSS, he contested from Ghatampur and Bhognipur (Uttar Pradesh) assembly constituencies on the BJP ticket, but lost both of these elections. However, his stigma as a BJP personnel remained unbesmirched, and at one point he even served as the party’s national spokesperson. He was also the Chairman of the Rajya Sabha Hiuse Committee. He was appointed as the Governor of Bihar on 8th August, 2015 and was sworn in officially on 16th August, 2015.

Having always been a strong advocate for education, Kovind used his political power and connections to bring about a change and development of the educational sector in India. Under the M.P. L.A.D. scheme, he called for the construction of new school buildings in the rural sections of Uttar Pradesh and Uttrakhand. He served as member on the board of management of the Dr BR Ambedkar University, Lucknow as well as the Board of Governors of IIM, Kolkata. He visited the United States, Thailand, Pakistan, Germany, Singapore, Switzerland, France, the United Kingdom and Nepal on study tours. He also served as the Indian representative at the United Nations and in October 2002, addressed the United Nations General Assembly. During his stint as Governor of Bihar, he conducted a series of judicial commissions to look into the corrupt practices entering the educational system- such as personal favours during admissions, promotions of undeserving teachers and funds being grossly mismanaged. Under his reign, the administration behind the educational institutions in Bihar certainly witnessed an upsurge.

After being nominated to stand as the NDA candidate for the Presidential election, Kovind resigned from his post as Governor of Bihar, which was accepted by Pranab Mukherjee on 20th June, 2017. The nomination had come as a surprise to many, since the party had also dropped hints that they may select Draupadi Murmu, the current governor of Jharkand, as their official candidate. However, as mentioned before, the idea of having a representative who is a respected Dalit with a clean and activist reputation, beckoned greatly to the NDA- who can finally fight their anti-Dalit stigma and win over the sceptics from all sections of (voting) society, especially with the 2019 Lok Sabha elections in sight. With this in mind, about 522 MPs voted for Kovind, while 225 parliamentarians voted for Meira Kumar- ushering in a new reign and with it, hopefully, a greater future for the country.