How renewable farming can solve problems of climate change and conflicts 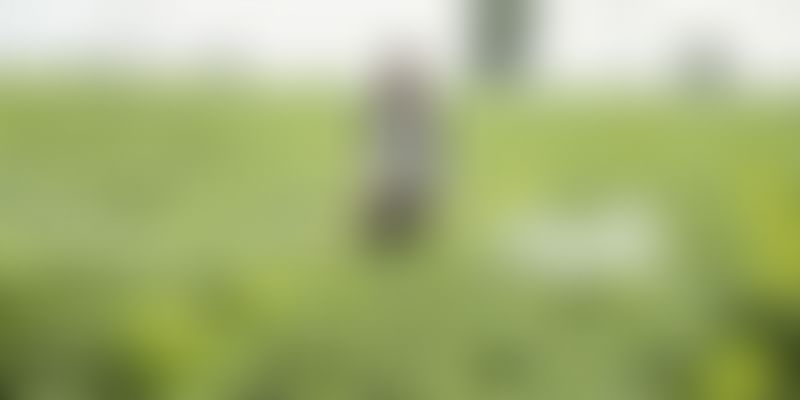 Just focusing on energy can’t solve climate change crisis. If not handled properly, it can spiral into massive conflicts like those in Syria and Nigeria.

Climate change talks are often centred on renewable energy. Nobody talks about making farming renewable. Around 50 percent of global greenhouse gas emissions are due to chemical farming. It emits carbon dioxide from the burning of fossil fuel required to make chemicals.

To prepare 1 kg of urea, 2 litre of diesel is burnt. When used in farms, urea produces nitrogen oxide which is 300 times more harmful than carbon dioxide for earth. So, why do we use these chemicals?

Their origin goes back to World War II, when those manufacturing explosives using nitrogen realised that the same could be used to make fertilisers. After the world war, the factories could have shut down but those who had gotten used to profiteering did not want to quit. A whole new science of farming was raised and farmers were told that nitrogen fertilisers are good.

If we give it a thought, our pulses fix nitrogen as well. Their roots have rhizobium bacteria which fix nitrogen and give us good nutrition. But the green revolution did not have pulses. It focused on rice and wheat and the result is for everyone to see. Not only it cheated the earth of its natural nitrogen fixators, shortage of pulses also led to a rise in their prices.

Another means of the emission of greenhouse gases is the industrialised meat industry. In western countries, there are more animals than humans in prison. Cow loves grass, but it is fed soybean. In India, that is how we treat chicken. Estimates suggest that for the production of every single unit of animal protein, we spend 10 times the grain, which is also grown with 10 times more input. In the West, 50 percent food produced is wasted which contributes to methane. So, when you consider all this, half of climate change is due to the type of food system which is dependent on chemical farming and industrial food production.

Listen to the talk

On the other hand, natural and chemical-free farming gets us two to 10 times more produce from a single unit, provided we respect the five elements. Why should we grow corn and soybean? Around 75 percent of the hybrid corn we grow is used as poultry feed. So, we are diverting mother earth to torture the hens. In the whole world, only 10 percent of corn and soya is eaten. Of the rest 90 percent, a lot goes into generating biofuel which gets a subsidy. To prepare this biofuel, you need more fossil fuel compared to how much gets substituted.

If we go back to the Second World War, we see that it also endangered us with poison gas which is the earlier form of pesticides. The Bhopal gas tragedy of 1984 told us how pesticides can kill humans.

A new fraud is being played against India in the name of genetically-modified crops. These plants produce poison and that has been substantiated by science. Earlier poison used to be sprayed from above; now genes are introduced into the plants to express poison. Bt is a toxin that is present in the gut of caterpillar. Likewise, herbicide tolerant gene, being introduced in GM Mustard, is also toxic.

And we have seen that GM crops don’t stop pests as claimed. Our farmers in Punjab experienced that in 2015 when whitefly destroyed 80 percent of their cotton crop. Protests against crop failure were hijacked and converted into religious protests when somebody desecrated Guru Granth Sahib.

Six years ago, there was no ISIS. Syria’s story is not of ISIS. It’s of the failure of chemical farming which killed soil and water and displaced the farmers. During the drought of 2009, 10 lakh farmers moved to the cities of Syria and protested. Due to binding clauses of the World Trade Organisation that forbid help to farmers, Syrian government could not support them. Protests increased, firing happened and the whole nation dived into civil war.

Another place from where we get such disturbing news is Nigeria where Boko Haram has emerged. This was also not heard of before 2011. It originated from the area which had the largest lake of northern Africa. Spread over 22,000 sqkm in 1966 with four countries surrounding it, Lake Chad served 3 crore people. Of these, nomadic pastoralists were Muslims while settled agriculturists were Christians. The pond started drying up very fast post 1984 when it got reduced to 2,000 sqkm. In 1994, it further shrank to 1,000 sqkm. Rivers which fed this pond had been diverted and dams were built to provide more water that was required to nurture chemical farming. Drought and climate change made matters worse resulting in conflict between pastoralists and farmers. But the “intelligent” people call it a religious conflict which in fact was about access to vital resources.

So, if we keep attacking the earth, it will die and people will get displaced. We have to stand up for change. At other places people are taking to guns, our farmers are instead taking to poison to die. That’s also violence. But the solution lies within our tradition.

Our Vedas have already said: “We should preserve this earth from where our existence came, so that food, fuel and home, remain always available. But if misused, the whole earth will be ruined and that will lead to the downfall of the human race.”

Our farmers never saw farming as means of production before green revolution—it was only the means to care for the earth. And if you give proper organic matter to earth, it will give you a lot of food in return. A 0.5 percent increase in organic matter in the soil helps with 80,000 metre increase in moisture retention. That’s the solution to climate change, to drought. GOI Monitor’s work at Navdanya has shown that we can give good nutritious food to population twice the size of India if we go organic, use traditional seeds, save biodiversity and give full remuneration to our farmers. They are our “annadaata”, our doctors, as well as our climate mitigators—they don’t do just one work.

Chemical farming has put our farmers into debt—crops are failing, pulses are not growing because the seeds that we get are not reliable. Corporates aim to monopolise the control over farming. Conversely, we must strive to put forth the 300-crore diversity we have, which has intelligence, which knows how to organise.

With organic farming, emissions will drop to zero and the pollution of earlier times can also be handled as these plants will absorb the atmospheric carbon through photosynthesis. Estimates suggest that if the whole world turns organic, climate change can be dealt with in 10 years. So, it’s very important that we think beyond solar or wind energy because even the best of that is not based on life. It doesn’t include photosynthesis.

It’s high time that even if governments don’t take initiatives, people and societies do their bit. We are the only society for which peace involves peace for the wind, the plants, and the earth. We have got so much from this country, from this civilisation. We now need to focus more on its ideals.

Disclaimer: This article, authored by Vandana Shiva, was first published in GOI Monitor.