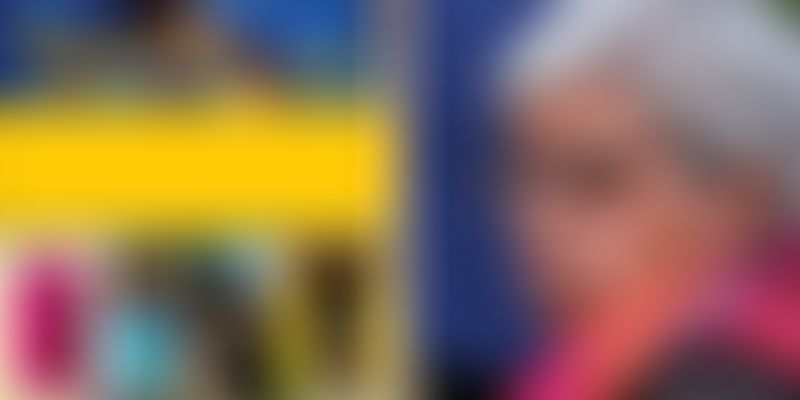 The objective of Mere Ghar Aakar Dekho is for people to go to each other's house, eat and have tea, or just water, and by these simple, yet powerful steps, break socially-constructed barriers.

In today’s India, we hear news of communal violence almost on an everyday basis. In such circumstances, a campaign called 'Mere Ghar Aakar Dekho' (Please come, be my guest and visit my home) led by Shabnam Hashmi, an Indian social activist from Delhi and a human rights campaigner, tries to resolve such issues and restore harmony.

The underlying concept of the campaign is to try and change the preconceived notions and opinions that one holds about people of other community, class, caste, religion, sexual orientation, language, region etc.

The objective is simple and direct: people must go to each other's house, eat and have tea, or just water, and by doing so break the socially-constructed barriers.

Shabnam points out, “We are well aware that this campaign alone cannot transform the society into a just and equal society, but it is very easy to spread hatred in the absence of any direct contact with each other.”

For now, the campaign is just a small beginning and runs only as an experiment. One can become a part of the campaign by taking a #SelfieWithGuest and tweeting a brief video on the interaction and the feelers one gets post the meeting.

All about Shabnam Hashmi

Shabnam, who is the sister of Safdar Hashmi, a communist playwright and director known for his work with street theatre, feels that this campaign could provide hope, especially to the young generation, helping them rise above the hatred and join hands for peace and love.

Throughout her long journey as an activist, Shabnam has worked on multiple causes across the country. She started working in a basti in 1981, teaching Muslim girls and women who had never been to school. At that time she was still pursuing her education but had to drop out of the university to dedicate her time fully to the cause. She doesn’t regret it.

Life went through a difficult phase when in 1989, her brother Safdar Hashmi was attacked and killed while performing a play. From there on till 2002, she ran SAHMAT in his memory, working on pluralism, communal harmony, diversity and freedom of expression. After the Gujarat carnage of 2002, she worked for a year in the relief camps in Gujarat, but then shifted focus to grassroot activism and formed  Act Now for Harmony and Democracy  (ANHAD) to directly confront communal ideology. Only last month, she handed over the reins of ANHAD to younger generation. Now, she works as an independent activist.

She says she has worked extensively in Gujarat. Citing Juhapura, an area in Ahmedabad, she mentions,

“Every Hindu is told that it's dangerous and they should not go there. Without ever going there people have strong notions that they might be killed by Muslims. If they actually go there and meet ordinary Muslims they will realise that are just like them struggling for water, electricity, sanitation, bad roads and fear of the majority. Seeds of hatred are planted in the minds, reality is different.”

Targeting the root cause

Mere Ghar Aa Ke To Dekho is targeting the root cause of hatred. Though it just involves people meeting each other, the campaign is pretty difficult to implement as it requires efforts to find a family, cross the first barrier of preconceived notions, and reach a stage where they are open to setting aside backward ideas and communicate freely.

The campaign will run for three days, from July 20 to July 22. “As of now, the response has been tremendous in Delhi and we have got people coordinating it on their own in over other 20 states as well. There are various groups that have owned the campaign and their networks across the states are working on it,” she says.