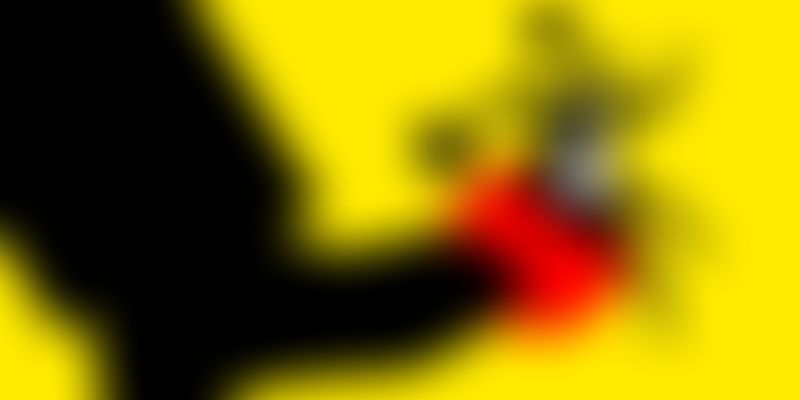 The firing of a techie at Tech Mahindra has drawn immense attention over the last few days due to an audio clip which went viral. The public relations engine at the Mahindra group went into overdrive in mitigating the damage to its reputation. Though Anand Mahindra displayed sagacity and leadership in issuing an apology and leaned on the errant management at Tech Mahindra to also sound apologetic, was this enough to address the core problem of which this episode was merely a symptom?

As I had written recently on the sacking of Uber's founder Travis Kalanick, the culture of an organisation reflects the thinking of its leadership, which then gets perceived by employees over time, moulded by the day to day behaviour of the operating management in its responses to situations on the ground. It should have been obvious to Anand Mahindra years ago that a cultural mismatch could be the potential downside of hiring the team from HCL Technologies, led by Vineet Nayyar, CP Gurnani, and Sanjay Kalra. That was overlooked in favour of the ability of this team to inject dynamism and create immense value for the company that was then Mahindra BT which, by all accounts, was an also-ran IT services company that was losing the race despite being one of the earliest to enter the information technology (IT) services arena in the mid-1980s. With CP Gurnani's accession after Sanjay Kalra's departure in 2011-12, the ascendancy of this culture within Tech Mahindra was just a matter of time. To emphasise the contextual underpinnings of this argument, it should be noted that there are two distinct cultures in Tech Mahindra now, one of the erstwhile Satyam and one of HCL Technologies. The older Satyam employees till date revere that culture, Ramalinga Raju's transgressions notwithstanding, and remember it with dollops of nostalgia, as the HCL Tech influence rapidly overpowers them. Gurnani's second and third line built over the last few years is almost totally represented by the HCL Technologies old boys club.

It is worth recollecting that for all the talk of governance, culture and ethical behavior, it is in such of times of adversity that these are truly tested. The apologies from CP Gurnani and Vineet Nayyar make it seem as if this was an isolated incident by an errant, low-level human resources (HR) executive and will not be repeated. This would seem to be the usual management speak to feign ignorance and blame the weakest link in the chain.

In this case, it would seem the board also chose to ignore this aspect of their governance role and failed to provide guidance in correcting traits, which could ultimately endanger the company in many more ways than one, as we saw in the Uber case. Anand Mahindra was quick in addressing this in the media but would now need to drive the more fundamental changes. The ongoing turbulence in the IT industry presents him a unique opportunity. I have consistently maintained that some leadership changes in five of the top six IT companies seems inevitable as the companies struggle to navigate through a changing landscape.

But is this form of retrenchment restricted to isolated cases in the IT industry? Most definitely not. It takes various forms in times of a downturn and things have not changed since the last such upheaval in 2001. Most affected are freshers and junior employees who have no knowledge of the laws or common business practices. Currently, confirmed appointment letters for campus hires are not being honored or simply delayed on various pretexts, with the objective of tiring out the young students yearning to start their careers post a degree program often funded by loans . Anectodal evidence suggests that leading IT companies, backed by marquee promoters amongst others, are employing such tactics. A large captive French-United States multinational corporation is said to have employed worse practices, where young employees working on projects or training were summarily escorted to taxis after being asked to resign across the table.

In this day and age of open information and transparency, such practices pose a serious threat to a company's credibility where it matters most. Ad hoc hiring, highly skewed planning, and an irrational optimism about the future have led to this situation. Mission, vision and culture statements ring quite hollow during adversity and HR managers, who are expected to uphold these values, prefer toeing the management line instead of holding up the mirror to them.

Such anectodal evidence can easily be translated into statistical evidence if the Department of Labor so desires, or students get together on social media or approach the Courts/Labor Commissioner in their respective states.

What is the legal framework on all of this in India? That, unfortunately, is unclear and has been so over the years. IT workers are given fancy designations which keep them out of the definition of “workmen” under the archaic Industrial Disputes Act which governs such situations. It is well understood that this is not the appropriate Act for governing the HR issues of the IT industry, but different governments over the last 20 years have shied away from a enacting the appropriate legislative framework. The IT industry has, since the 1990s, got friendly treatment from governments on three key issues:

(i) A favorable tax regime even when it was large enough not to need incentives.

(ii) Getting massive tracts of land at concessional rates, and then building horizontally despite vertical structures being the norm for much more efficient use of the land.

(iii) Allowing the industry to function without an appropriate legislative framework for HR issues in what is predominantly a people led industry.

It is not my intent to argue for permanent employment but, it is my case that prevention of practices, such as the ones mentioned earlier to merely reduce the costs of separation - especially when it involves young students and junior professionals - is now a necessity. Sensitivity, compensation, and funding for reskilling executives would go a long way in demonstrating some compassion, and a fraction of the huge pile of cash that the IT companies have garnered could be used for such purposes. Keep in mind that India has no social security net like in the West. Many families depend on the progeny that's the first generation to be employed in the new economy. Promoters and managements, who have amassed a fair amount of wealth, can well afford to show magnanimity, if not act out of ethical considerations, and make this process more humane. Similar instances of layoffs in the U.S. would have invited class action suits for wrongful termination and it is the same companies which would have paid millions of dollars to settle out of court. India does not have such provisions of collective action but courts are now selectively more open to hearing such cases.

The other aspect is India's highly flawed educational system which churns out engineers with scant focus on curriculum for emerging technologies to align with industry demand. This requires companies to train their intake. This is done based purely on the basis of skill gaps existing in that particular company at a specific point in time. Freshers are thus thrust into areas purely by chance and not necessarily into technologies which will remain relevant in the mid-term. Based on project needs, many fall for the lure of going abroad even for routine jobs and neglect the fact that continuous reskilling is a must in this industry. This leads to a sense of entitlement when the going is good and exposes deficiencies during downturns. Young professionals must not lose sight of continuously learning emerging technologies to stay relevant.

Many do not know that Kanwal Rekhi, the legendary venture capitalist, and entrepreneur, was fired thrice in his career in the U.S. It was then that he decided that he will never work for anyone ever again. The U.S. has the ecosystem to promote such an endeavor. In India, this ecosystem is still in its nascent stages and operates on a very small scale. For IT engineers, this is the mindset which will help them overcome odds in their journey.

While this transition happens over the next generation, IT industry doyens and the government should look to holistically address the problem of layoffs, which are likely to only increase over the next few years. Taking short cuts and promoting dubious practices will ultimately come to bite the very hand which has led us to prosperity these last thirty years.