From moguls to VC investors: They've always had their finger in the pie 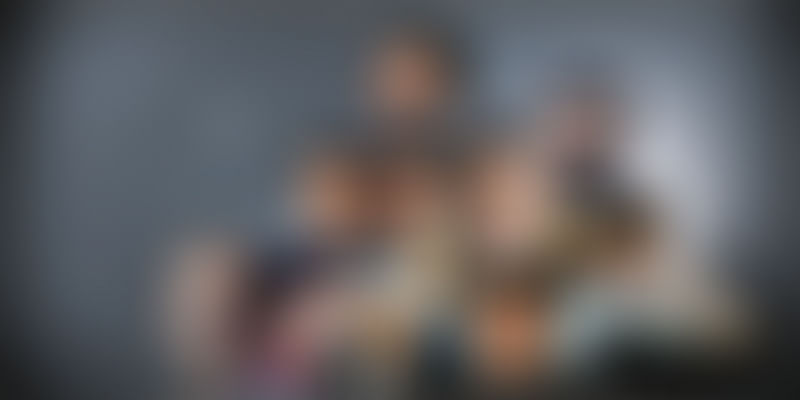 For venture capitalists the transition from establishing their empire to seeding startups just about brings their career trajectory to a full circle on the business spectrum. The years spent in the grind geared them with invaluable business sense and skill to judge the viability of entrepreneurs and their ideas. Which is why it's not surprising that some of the most prominent investors in India today were once entrepreneurs themselves.

Dr. Ashish Gupta is the co-founder and senior Managing Director at Helion Venture Partners since 2005. He also serves as Member of the Board of Directors at several companies including Kirusa, MySmartPrice, SimpliLearn and SMSGupshup. As an entrepreneur, he co-founded two successful companies — Tavant Technologies and Junglee (Amazon).

Aman Kumar is a venture investor at advantEdge — an incubator and venture fund that invests in tech-enabled startups at angel and seed stages. In 2013, Kumar had co-founded Jobshikari, a first-of-its-kind integrated web and call centre based job portal that was later acquired by mHire.

Azim Premji, the 'Czar of the Indian IT industry' and Chairman of Wipro Ltd., has been quietly running a highly successful venture fund called PremjiInvest since 2006. With a corpus of $2 billion, PremjiInvest has funded around 40 private and publicly-listed companies including Lenskart, Amagi Media Labs, Myntra, Snapdeal and DataStax.

An alum of Goldman Sachs, Avnish Bajaj made his mark as an entrepreneur by co-founding Bazee.com, an internet auction site that was later acquired by eBay India. In 2006, he co-founded the VC firm Matrix Partners where he is currently the Managing Director.

The erstwhile co-founder of Hinditron Computers, India's first IT company launched in 1972, Pravin Gandhi is today a key member of Seedfund which is one of India's leading early-stage investment funds. Before joining Seedfund, he built an impressive investment portfolio as General Partner at Infinity Venture Fund.

A doctor by education, Ritesh Malik is also a serial entrepreneur who co-founded his first company Adstuck while in the final year of medicine. He then turned investor as Founder and CEO of Guerilla Ventures, an angel fund started in 2013 with a focus on hardware companies. Ritesh has invested in 26 companies that include Fin Robotics, RHLvision, Wigzo, AddoDoc, Mashinga and Flipmotion.

Sandeep Singhal made his mark in the Indian entrepreneurial sector as the co-founder and CEO of Medusind Solutions, one of the leading healthcare outsourcing companies in India. He then marked his entry into investments by co-founding eVentures India, a venture firm focused on early-stage ventures in India. Singhal then co-founded Nexus Venture Partners, among the country’s most prominent VC firms, where he serves as the Managing Director.

Having gained invaluable industry insight as the co-founder and CEO of Jalva Media, a venture-backed offshore outsourcing company started in 2000, Shailendra Singh soon transitioned to becoming an entrepreneur-centric investor. He is currently the Managing Director at the much-hailed Sequoia Capital India and boasts of a portfolio that includes companies like Practo, MobiKwik, ZoomCar and Mu-Sigma.

An entrepreneur-turned-VC who specialises in technology and internet investing, Subrata Mitra was among the first investors in industry leaders like Flipkart, Mu-Sigma, Myntra and Perfint. The erstwhile founder of Firewhite Inc. co-founded Erasmic Venture Fund which was re-branded to Accel India — where Mitra is currently a partner — in 2008.

Suvir Sujan established himself as a pioneer of e-commerce in India after co-founding Bazee.com in 2000. The former Global India Venture Capital Association board-member then co-founded Nexus Venture Partners where he is currently the Managing Director of its India Capital Advisors division.

Vani Kola spent 22 years as a successful entrepreneur in Silicon Valley before returning to India in 2006 and starting Kalaari Capital (formerly IndoUS Venture Partners), an early-stage venture eco system. She is currently the Managing Director at Kalaari Capital which has made a name for itself in Indian VC circles by identifying emerging markets and building successful market-driven software companies.

Vivek Bihani started his stint as a venture capitalist in 1994 as a Manager at ICICI Venture, one of the first VC firms in India. He then founded Magic Software, an e-learning platform where he served as Executive Director and COO for 10 years. Bihani then returned to investment and launched Bedrock Ventures (formerly InSync Advisors) in 2009 where is currently the CEO.