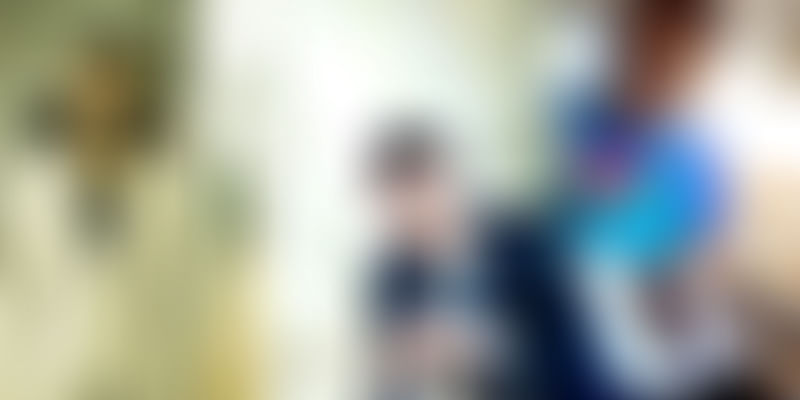 Based in Siliguri, Udyan Tea has pioneered e-commerce for tea in India and is currently shipping to 25 countries, including US, Canada, UK, France, Luxembourg, China, Taiwan, Australia, Malaysia and Singapore

Starting up may not be everyone’s cup of tea, but their passion for the beverage and their risk-taking abilities led three friends to set up a tea-based venture.

Punit Poddar’s family has been in the tea business for the last five decades. Well acquainted with the tea industry and sourcing possibilities from the hundreds of gardens, Punit was determined to take quality tea to the masses through online channels, a concept that was taking off just then. He discussed the idea with his friends, Parvez Gupta and Soveet Gupta, who were in agreement and Udyan Tea was born in 2012.

The trio started with a seed capital of Rs 25 lakh, which was spent on initial market research, website development, warehousing setup and inventory, and have continued to build their business without raising funds. They have grown their venture, curating tea from the best gardens, selling in the domestic market and shipping to 25 countries, including the United States, Canada, United Kingdom, France, Luxembourg, China, Taiwan, Australia, Malaysia and Singapore.

In the last few months Udyan Tea has been approached by a few angel investors and VC firms, but the co-founders want to scale up with their own funds and then look for investors who share their vision.

Soveet recalls that they spent a number of months researching the market to understand the best-selling format. As there was barely any e-commerce player for tea in India, the onus was on them to decide the format of selling, packaging, etc.

When it comes to tea, India may be the second largest producer in the world, but majority of us are unaware of all the many varieties. That posed a challenge to the Udyan Tea founding team – it was hard for people to digest that tea could be as expensive as Rs 5,000-15,000 a kg. The first course of action was to educate people about the different types of tea apart from their regular chai.

That’s the reason that Udyan Tea focuses on providing information rather than only packaging. On their website, each product page offers information about that kind of tea to educate people about what they are paying for.

Soveet says their product line is driven by a three-fold product philosophy: freshness, authenticity and quality.

The company follows a stringent tea testing process wherein teas are brought directly from estates, selected from the hundreds of samples and vacuum-packed that very day. Once vacuum-packed, the freshness is assured and no external factors can affect the quality of the tea.

Operating entirely out of Siliguri, Udyan Tea currently has a team of 12 people.

Udyan Tea has tied up with more than 150 tea estates, including some in Darjeeling, Assam, Nilgiris and Nepal, to procure tea leaves. The estates are also benefiting as they sell single estate teas with the garden’s branding. In the long run, consumers tend to develop loyalty, leading to repeat orders and rising popularity for that particular garden. Udyan Tea also purchases tea from a number of small growers, helping them fetch the best prices for their product by eliminating middlemen.

Udyan Tea’s products are priced anywhere between Rs 3,000 and Rs 15,000 per kg. Small packs of 100 gm are also available. Shipping is free across India, so consumers pay only for what they are purchasing.

The company has witnessed significant sales from the southern and western parts of India. On the international front, consumers in the United States and United Kingdom have been the biggest buyers.

Though the co-founders did not disclose sales and revenue figures, Soveet gave a rough estimate: Over 12 million cups of tea till now.

Udyan Tea also sells to B2B buyers, tying up with gourmet brand cafes. They also have a presence on online marketplaces like Amazon, Shopclues, eBay, TasteBells and Smytten.

For the delivery of the product, in the domestic and international market, the company has partnered with FedEx, Bluedart, DHL and DTDC.

Capitalising on the huge growth-oriented tea markets are a handful of online tea aggregators in India. These include Teabox, The Kettlery, Tea Trunk, BuyTea and Infinitea.

The India Packaged & RTD Tea Market Outlook, 2021, report says that the packaged tea market is expected to grow at a CAGR of more than 14 per cent over next four years. That’s just what Udyan Tea is hoping as it sets its sights on sustained growth.