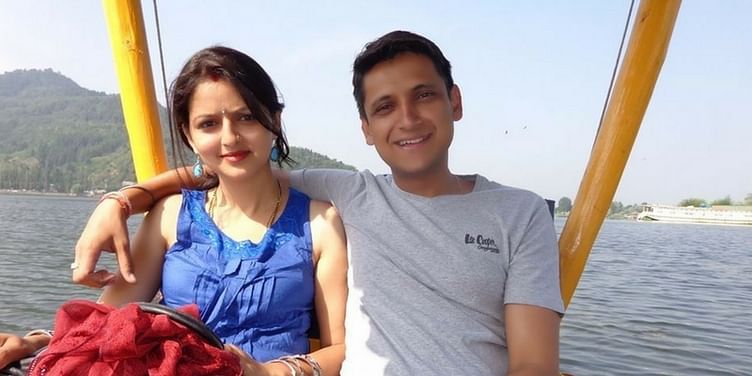 In a rare show of a remarkable sense of responsibility and devotion to his calling, an Indian Administrative Service (IAS) officer in Rudraprayag district in Uttarakhand has roped in his wife to teach science in a school till it finds a teacher.

Mangesh Ghildiyal, the district magistrate of Rudraprayag, requested his wife Usha to volunteer as a science teacher for senior classes in a girls' school as she had the necessary qualifications. Usha holds a PhD degree in plant pathology from Pantnagar University in the mountain state.

Mangesh was on a routine inspection visit to Rajkiya Girls Inter College in Rudraprayag recently, when he learnt that the school did not have a teacher for the science subject. Since each day mattered to students, especially those in Class 9 and 10, and hiring a teacher was going to take some time, Mangesh thought of his wife who could teach these students science till the school recruited a teacher.

Usha has begun teaching science to Class 9 and 10 students of the school. She dedicates two and a half hours each day to teach these children. Mangesh said,

While visiting the school for routine inspection, I came to know that the students did not have a science teacher. I requested my wife to volunteer there and she immediately agreed. After having a conversation with the school’s principal regarding this, my wife joined the school as a science teacher. Recruitment for teachers at the government level will begin soon. Until then, my wife will continue to volunteer her services there.

Usha feels happy that she is able to contribute to the education of these girls who would have suffered in the absence of a teacher. School’s principal Mamta Nautiyal says that Usha’s calm nature along with her sound teaching techniques have made her very popular among students.

An IAS officer of the 2011 batch, Mangesh was ranked fourth in the UPSC exam. His dedication to his work has made him immensely popular with the masses. His transfer from his previous posting in Bageshwar district was accompanied by protests on the streets, condemning the decision. He leaves a huge impression behind in the places he serves.

Mangesh has been consistently working to improving the state of schools in Uttarakhand. He has been asking the students personally to understand the situation better and work accordingly.