[App Fridays] Half Chess, a T-20 version of chess, wants to hook millennials with new pieces and fast gameplay 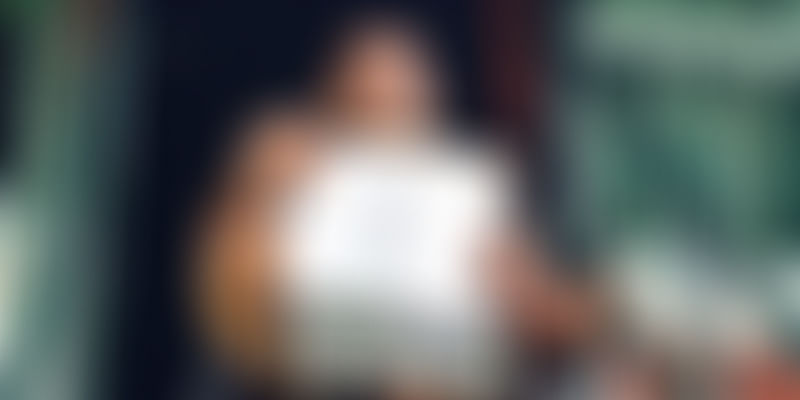 Can a T-20 version of chess, designed for the smartphone generation, take off and get millennials more interested in the game?

"In order to improve your game, you must study the end game before anything else….."-José Raúl Capablanca, Chess Grandmaster

With a shorter hour runtime and explosive last over finishes, Twenty20 has made cricket popular in India and abroad. Most youngsters, who would have otherwise not watched a 50-over cricket tournament, are now likely to follow the longer format games.

Chess, on the other hand, has a reputation of being a ‘slow sport’ that not many millennials of the smartphone generation would be interested in. While speed chess and its variations involve time constraints that make the game more fast-paced and force a result, casual players in most cases find it too complex.

With a smaller board and some new chess pieces, Half Chess aims to be the T-20 version of chess and force more exciting endgames. Let us explore Half Chess in this week’s App Fridays story:

Talking to YourStory, Naval Saini recounted the journey that led him from playing football with underprivileged kids to working on Half Chess. In 2015, he was working with an NGO where he would play football with underprivileged kids. He realised that many of the kids were confident on the field while playing football, but they struggled and lacked confidence when it came to some subjects like math and science.

As an ardent chess player, Naval believed that a game like chess could help kids develop logic, improve focus, and most importantly help them develop confidence in an indoor environment. But then he realised that chess wasn’t an easy game to learn because of the complexities involved on an 8x8, 64 square board.

So, he came up with the idea of Half Chess, which instead consisted of 8x4, 32 square board and could be played with half the pieces. Kids could be taken through baby steps and taught how different pieces like pawns and knights moved in a smaller, less overwhelming environment.

At this stage, Naval also realised that Half Chess could be an interesting value proposition for adults, who are short on time or want to play on the go. He recently completed a consultancy assignment with JioMoney and realised that he had the time and money to do a few things out of interest. So, he hacked together a prototype of Half Chess to show to some friends. Talking about the prototype, he said,

It was basically an index.html file and a loaded JavaScript file with very basic Artificial Intelligence. The feedback motivated me to develop it further and also helped me in identifying the product challenges that were about to come.

Naval played around with a lot of chess engines and then finally chose one of the simplest ones to serve as the opponent. Since the size of the half chess board was exactly half, it made it easier for even the simpler chess engines to compute all the possibilities and make a move. Naval could also make modifications and add new chess pieces like Crab. (More on this in the next section).

Half Chess is currently live on the Play Store and App Store. The game is available for free, Naval remarked that he is working on a freemium version wherein the ‘Easy mode’ will continue to be free but users will need to pay to unlock the ‘Hard mode’. This is still in development stages though and Naval is working on including newer chess pieces to make the game more interesting for new players and experts alike.

The biggest focus for Naval right now is to achieve product-market fit. Facebook marketing has been one of Naval’s main avenues to get users. He said that so far iOS users have shown more interest and outnumber his Android userbase. Naval also runs a WhatsApp group where chess enthusiasts can challenge each other to games.

In addition, Naval has tried his hand at offline marketing strategies at clubs and cafes which haven’t been very successful, as most people don’t seem to be interested in playing chess in a social environment, at this stage.

How Half Chess works

While there are multiple recognised and unrecognised variations of chess, Naval says that Half Chess has been designed to be best suited for mobile screens and quick games. On average, most games last between one to three minutes.

Users have the option of either challenging the computer (chess engine) or playing against a friend. Naval commented that some features like the two-player mode and access to leaderboard require users to login through the app. At present, only Facebook login is supported.

Experienced players, however, may find the prospect of playing on a smaller 32 square board simpler. So, to add complexity, Half Chess includes a new chess piece — a Crab that moves zig-zag and jumps over friendly pawns or crabs.

Inspired by the viral sensation, Flappy Bird, Naval increased the difficulty level for the first stage, but it backfired as many abandoned the game quickly. He remarked,

Half Chess starts with a devilish first stage and it gets easier with the second one. This is inverted logic and has not been helping much with getting the masses hooked…

The overall design and pre-game experience could be improved though. The rules section doesn’t provide sufficient guidelines for a person who has never played chess before.

On the gaming front, Half Chess is functional and pieces like Crab add to the fun. The multiplayer mode is also an interesting feature that adds to the stickiness of the app. While Half Chess is a good minimum viable product (MVP), adding more social elements and guidelines within the app could increase engagement and make it a more well-rounded product for the masses.