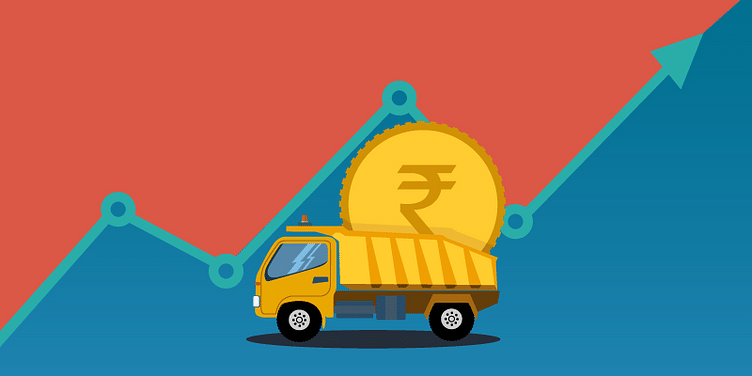 This section is a supplement to the “India opportunity Report — 2017” published earlier. To read the full report Click here

Discovery of the wheel in the 4th millennium BC is considered one of the greatest inventions in the history of mankind. Since then the humble wheel has been the driving force behind industrial revolution, and logistics has been the backbone of economic growth across the world. Logistics spend now commands a considerable share of the world’s GDP at 10 percent. Logistics spend in India stands at 13 percent of GDP as compared to 18 percent in China and 8.5 percent in the US.

In the modern era, the logistics industry is built on four modes of transportation — air, water, rail and road. Air and water mainly for foreign trade, and rail and road for the domestic trade. Ninety percent of foreign trade happens through water in India. Established in 1845, Indian Railways is the second largest railway network in the world and a key contributor to the domestic logistics industry.

In the pre e-commerce era, logistics was largely a push-based system with suppliers pushing raw material to manufacturers, who in-turn distribute finished goods to end consumers via distributor/stockist and retailers. The demand was largely driven by a few verticals such as Pharma, FMCG, Auto and White goods, and they preferred to manage their own logistics or outsourced it to regional 1PL or 2PL Logistics Service Providers (LSPs).

Contrary to the traditional manufacturing supply-chains, e-commerce delivery gets triggered when customers place an order and is time sensitive with stricter SLAs. Logistics is a key enabler of e-commerce and also a source of competitive advantage and differentiation for e-commerce companies.

India e-commerce has grown at an astounding pace over the last three years, touching a GMV of $15 billion and has given rise to a new category of e-commerce-focussed logistics companies.

Traditional logistics involved the movement of goods from manufacturing hubs to consumption centres via a linear routing mechanism. E-commerce logistics is a combination of one-to-one, many-to-one and one-to-many routing based on goods availability and destinations.

The logistics needs of e-commerce firms are evolving rapidly. This involves scaling up to meet service levels, increased focus on Tier-II and Tier-III cities, COD and reverse logistics.

In India, e-commerce logistics constitute 10 percent of the AOV (Average Order Value) which is ~ $2/order. The comparable logistics cost per order in China is $2.2 but with three times higher AOV. The cost of deliveries is high in India due to some unique challenges that the market presents. Industry suffers from high return rate with an industry average of 20–25 percent, and logistics cost of returns is ~1.5 times the forward logistics costs. Nearly 50 percent of orders are on COD (Cash on delivery), and COD is believed to have a high correlation with returns. For the industry to grow sustainably, logistics cost need to come down to 6–7 percent of AOV.

It is estimated that a package in India is handled by at least 20 people before it reaches its final destination. Whereas in a developed country a package would be touched by about 3–5 people. Prior to e-commerce, the domestic express service market was largely unorganized and fragmented. The existing traditional 3PL players had limited capabilities to cater to time sensitive delivery and service levels demanded by e-commerce players, which resulted in captive logistics arms being seeded by the large e-com players. Even to this date, 70 percent of deliveries for Amazon and Flipkart are executed through their respective captive logistics entities.

In the last 3–4 years, third party 3PL players have emerged to take advantage of scale and efficiency through a technology first approach. Within the 3PL LSP market, e-commerce focussed players like Ecom Express and Delhivery have 30 percent of the market share. Both types of LSPs, captive and third party, are looking to expand their capabilities through strategic investments. Also, large e-commerce vendors have made strategic investments in other logistics players in this critical market and invested in startups. In complex categories such as furniture, jewellery and grocery, e-commerce players still largely rely on captive logistics.

Last mile and Line haul contribute to 90 percent of the logistics cost for e-commerce players. 80–90 percent of line-haul is by air due to time sensitive nature and service commitments. This is highly unsustainable in the long run and a shift to rail/road is inevitable.

The other challenge unique to India is the lack of address standardization, and also 20–30% of addresses given by customers have inaccurate pin codes. It is estimated that on average a delivery person ends up making 2–3 calls to a customer and spends 5–7 minutes more per package delivery just to find the customer location. Also, the average number of delivery attempts per shipment is estimated to be as high as 1.4. All of these contribute to the inefficiencies and add to the increased cost of logistics for e-commerce players.

E-commerce growth over the next 5 years will be driven by demand from Tier-II and beyond. Shipment volume from these areas is expected to grow from 13 percent to 40 percent by 2020. The challenge is that the demand from Tier-II and beyond will be highly disaggregated because it will be originating from more than 4500 small cities and towns. Building a scalable and efficient logistics network for such scattered demand and supply will require innovative business models from logistics players.

India has traditionally been an economy dominated by hyperlocal demand. Most of the needs of consumers are typically served by stores within a 5km radius. The emergence of young digital-first families looking for quick convenient options augurs well for the hyperlocal business story. Fundamentally hyperlocal logistics is driven by high-frequency categories which are time sensitive or provide convenience. Hence restaurant and grocery have emerged as major categories, followed by pharma and concierge services with business models across B2B, B2C and C2C. Hyperlocal is expected to have a hyper growth of nearly ~12x by 2020 to $3.9 billion.

Unit economics has been a major challenge for hyperlocal logistics companies. Unlike the developed markets, the AOVs are lower. Also traditionally local kiranas and restaurants have offered free delivery in India, hence the willingness to pay for delivery is low. Adding to this complexity is the lack of address standardization and traffic congestion in large cities, leading to lower utilisation of delivery executives. Increasing AOV (group orders) and pooling of orders as density increases could be the key to break through the unit economics conundrum in hyperlocal.

Logistics will be at the heart of India’s internet growth story. Be it the customer experience or business economics, logistics will have a role to play. The sector is up against multiple challenges including poor infrastructure, non-standardisation of addresses and high labour attrition to name a few. It will require deep domain insights and heads down execution to win this market. We’ve already seen multiple entrepreneurs faltering even after raising large sums of capital in the space. But more the challenges, better the opportunity to innovate and disrupt. It is still a large market opportunity up for grabs, but requires relentless focus on execution and long term value creation.

This section is a supplement to the “India opportunity Report — 2017” published earlier. To read the full report Click here

Disclaimer: The Report has been complied for information purpose only. The Report is based on current public information that we consider reliable, but we do not represent it as accurate or complete. The information, opinions, estimates and forecasts contained herein are as of the date hereof and are subject to change.