Why having the right mindset matters for your success 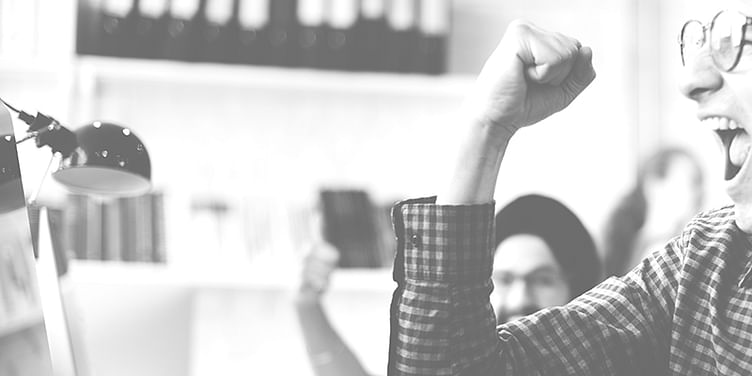 There’s a lot of scientific evidence backing the fixed v/s growth mindset in the ideology of persistent entrepreneurs.

Dr Carol Dweck, in her book Mindset: The New Psychology of Success, illustrates that it is the hunger and passion, fueled by our belief systems, which push us to do greater things that we imagine we could do. Her research indicates that those who have a conscious drive towards growth and success aren’t deterred by minute failures and past events as compared to those with a more ‘protective’ mindset.

Another interesting piece of research comes from the  Angela Lee Duckworth’s study on grit. Duckworth measured factors such as SAT scores, IQ tests, and overall capabilities and skill levels of different candidates and concluded that the foremost factor that determined success over failure was grit – the ability to switch from a fixed mindset to one of growth, pushing and persevering beyond what was previously considered impossible.

A recent example that comes to mind is the Crisis Text Line started by Nancy Lublin. Nancy had raised funds for two years but to no avail. Then, one investor surprised here with $50,000 as a fluke-fund, wherein she wasn’t given much hope or success or connections, and she had to battle it out for herself. She subsequently used sheer grit and perseverance and leveraged her skills to overcome her lack of experience and eventually garnered over 40 million conversations with troubled teens in the US. She also started another company called DoSomething.org for teens, which has a $20 million annual budget and five million teens on the website trying to change her world.

Success and mindset go hand-in-hand. Take the example of Tony Robbins. You can disagree with his approach, but he now feeds over 50 million people worldwide every day through his programmes, and he started out from being poor and homeless. He didn’t have a role model in his life. His mother was constantly sick, and he had little to no education in the entrepreneurship industries that sprang up at the time in America. He attributes his success to three 'pillars' – setting focused goals, using your resource toolbox, and achieving inner alignment. When all three are in-sync, that’s when you can build the life of your dreams.

Perhaps the most intriguing example of success comes from philosopher and spiritualist Eckhart Tolle, who gained fame after Oprah’s seal of approval several years ago. As he famously explained it, “Say you're a businessperson who's finally made a product that sells after two years of making yourself and everyone else around you miserable. Is that truly success? No.” Tolle focuses on the inherent richness derived from gratitude and being at-peace with one’s success to drive more success in life and the economy around us.

As for Oprah Winfrey, she is now one of the richest self-made women on the planet, following an illustrious career in television. Her impact was fueled by her many acts of charity over the years. The one attribute that she shares with Mark Zuckerberg, Warren Buffet and Bill Gates is the growth mindset. She practises growth mindset and leverages it across anything she does, while doing it to the best of her abilities.

Clearly, having the right mindset matters when it comes to success. So why not start now?