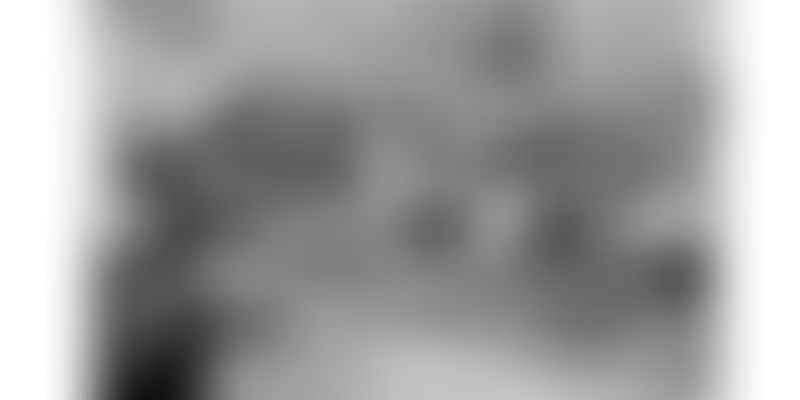 Associated with Rajput royalty for decades, poshak maker Mangalmayee is transitioning into the future by expanding its product line to include sarees and offering restoration services for ancient outfits.

Legend has it that silk would come in yarns that ran a mile, along with trunks of emeralds, rubies, diamonds and pearls. The yarns, fabrics and precious gems weren’t just used to make jewellery for the royal families; they were also used to make Rajputana poshaks (costumes), which were worn by kings and queens of that era.

Today, as we celebrate 70 years of India’s independence and the royal families no longer have the powers they once had, the legends of their elegance and style still hold true. And brands like Mangalmayee ensure that the ancient Rajasthani Rajputana poshak continues to survive.

It was in 1911, in British India, that Harakchand Burad, a young Marwari with no links with the royal Rajputana families or empire, started the Mangalmayee journey with four people from his family. One of the first challenges he faced was reaching out to princesses and queens for whom he was making and selling products.

The various traditional and cultural boundaries, including the purdah system, made it difficult for the trader to reach out to the female royalty. It was just once a while that different traders with jewellery, cloths and artisanal pieces were allowed entry into their estates. But he would visit each of these erstwhile estates to take orders personally.

Starting as Harakchand Zariwala, the house soon gained popularity as it would craft exquisite Rajput poshaks, which imbibed the slowly dying Rajputana traditions.

Sandeep Burad, the current owner and fourth generation of Mangalmayee, reminisces: “Harakchandji had a keen knowledge of craftsmanship and detailing in the product and was able to gain trust and build relationships within royal families; relationship so strong that they passed down through generations,”

Sandeep adds that even today for a business that caters to luxury consumers and royalty, it becomes challenging to match expectations regarding the finesse, intricacy and quality of work.

“As and when you scale, it gets difficult to keep a check on each product. Also, sometimes we need to deliver dresses in five days; dresses that need at least 60 days to be made. Today's culture focuses on ready-to-wear apparel while Mangalmayee has always been working on custom-made orders. This makes it more challenging and requires immense cooperation from our artisans,” Sandeep says.

The home-grown business slowly expanded to a shop in the old market of Jaipur with 56 in-house workers. In his tenure of 20 years in the business, Harakchand was able to grow the trade to the well-known thikanas (estates) and houses of Northern India. These included Bissau House, Barley House, City Palace of Jaipur and Laxmi Kumari Chundawat of Rawatsar House.

The revenue increased with the prevalence of the "padla" system and procurement of order of more than just the bridal wedding outfit from clients. Padla is a Rajasthani custom in which the groom’s family sends gifts and clothes for the bride before the wedding. The padla might comprise 7, 11, 21, 31, 51 or 101 poshak sets and clothing, depending on the family’s wishes.

As business grew, new colour variants were introduced and the company started working with hand dyer Mithuji (Abdul Latif) to achieve the most exquisite colours.

Mangalmayee’s most special ranges are still hand-dyed by the same dyer family, which has been working with them for past three generations.

In 1955, during the days of new and independent India, Chouthmal Burad (the father of the present owner) followed in the footsteps of his ancestors. Each successor in the family business started learning the trade between the ages of 14 to 16 and took full responsibility after turning adults.

“Chouthmalji himself used to work on the tailoring machine every day, completing orders. He would travel on his cycle to 400 thikanas of notable erstwhile families in Rajasthan to take poshak orders. It was Chouthmalji who initiated the process of preserving old textiles and embroidery. Earlier, these uniquely crafted clothes were either traded or burnt for money when worn out, without considering the gravity of loss incurred by the craftsmen or society,” Sandeep reminisces.

In 1996, Sandeep moved his work to a location amid the hustle-bustle of the craft bazaar of Jaipur, Bapu Bazaar. The store was named Mangalmayee in 2007.

Along with changing its name with the times, a lot of variations were brought in – in the products and selling strategy. Sandeep’s wife, Sunita, also a designer, also joined the business.

Sandeep believes colour is one of the most important aspects and the base for an attire. This is why he introduced about 100 to 150 colour variations while preserving traditional colours. Along with expanding the colour palette, he also added a large collection of pure chiffon sarees as one of the key products in the business. The addition of sarees was done keeping in mind the progressing times and women’s demand for hassle-free options for smaller wedding functions and ceremonies.

One of the biggest contribution that Sandeep made to Mangalmayee was carrying forward and attaining expertise in revival of old and antique poshaks. Coming from a family that has been working on poshaks for 100 years, he always knew the intricacy with which the attire was made in the earlier days, with threads of real gold and silver and embellished with precious stones and gems.

The revival process of these antique poshaks is carried out utilising the technique of transfer work. This involves careful extraction and cleaning of the old embroidery and placing it on a new fabric, reviving it to last for further decades.

With expertise and experience of almost three decades, Sandeep’s team can even revive the most intricately embroidered poshaks and recreate them into beautiful new attires while preserving the age-old art.

Some of the most precious transfer pieces revived by him belong to the House of Mewar and the Jaipur royal family.

Other innovations that came about in the business in past 10 years are colour and shade cards, swatches, design catalogues and design consultation approach in creating one-of-a-kind customised pieces for each client.

The business still preserves its traditional approach in manufacturing poshaks, though the process is more organised now and goes through a set sequence of stages.

The sarees, on the other hand, are pre-made in a vast variety of designs as well as colour variants according to differentiated ranges.

The journey of the poshak starts with understanding of the customer’s need. The raw material is procured on the basis of requirements. The quality is measured in this step itself. Moving forward, the colour charting takes place. The variant colour choices involve traditional ones such as "kasumal", "sindhoori lal", "pyazi" purple, etc. to new colour palettes including 16 shades of red, fuchsia, bottle green, etc.

After the shade is decided, the 8.5 metres of fabric (usual measurement for poshaks) is sent for hand-dyeing. The sarees and poshaks are hand dyed in innumerable shades and handcrafted with needlework (aari, zardozi, gota patti and danka). Going through numerous processes, some of these poshaks take between 45 days and two months to be completed.

“We have been working with the same dyer for three generations and there is a perfect coordination and understanding of colours between the two families,” Sandeep says.

After dyeing, the fabrics come back to the Mangalmayee workshop, where they are cut into "kalis" (it’s usually a 12-kali lehenga). The kalis are stitched together to form the outline of a lehenga.

The stitched outline is then sent to the embroidery workshop where it is put in a frame and embellished according to the requirement. Each embroidery is an intricate combination of thread work, sequins and sitara embellishment.

It takes a minimum of 10 to 15 days and about 4 to 5 artisans to complete the needlework on single poshak. The poshak is then sent for starching in the finishing centre, following which it is lined, finished and stitched. The odhnis are finished with gota and kirans (border).

The finished four-piece outfit is then packed and sent to the store, ready to be handed to the customer.

Along with the royal clientele, customer base has grown in many verticals such as business tycoons, fashion enthusiasts, NRIs and theme-based destination weddings. Wedding apparel is usually a six-month season-based business, starting from August till February.

The team claims that Mangalmayee caters to about 20 to 25 weddings with bridal packages ranging from Rs 3 to 25 lakh.

Apart from this, there is a usual sale of sarees and poshaks to 200-250 customers in a year. The brand also works on revival and recreation of old/antique pieces, which averagely ranges between 300 and 350 pieces. Sales from high-end poshaks comprise 40 percent while sarees form 60 percent of sales.

While even the most precious poshaks cost only a few hundreds in the early 20th century and thousands after Independence, a complete wedding package could be completed in Rs 11,000. Today, packages can run into double digits in lakhs.

The poshak continues to be extremely popular, especially in Rajasthan. There are several makers of the poshak in Jaipur itself. A fashion designer in Rajasthan says several women of the royal family conceptualise their poshak themselves, but they often look for artisans.

The poshak makers in Jaipur include Gyan Singh, Yuvti by Bhupendra Singh and Beedani.

Mangalmayee is readying for the future by adopting technology.

“In this age, it is important to have an e-shopping platform where customers can review products first hand. Though the wedding business has a personalised approach of selling through a design studio set-up, we are working on making things easier for customers not physically present in Jaipur by using internet channels,” Sandeep says.