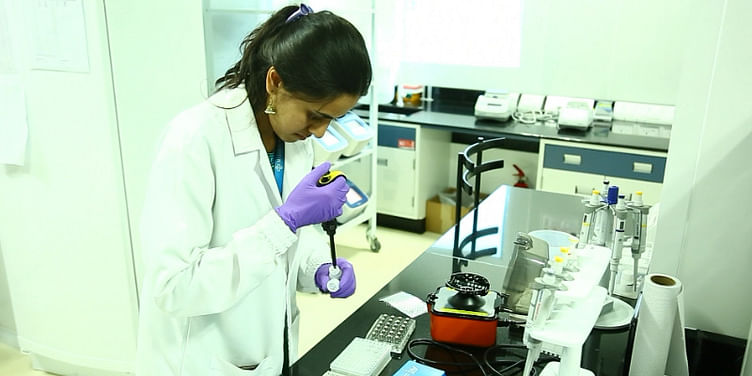 On Tuesday, genomics research and diagnostics company MedGenome announced that it had raised $30 million as a part of its Series C financing led by Sequoia India and Sofina, with participation from Zodius Capital; Kris Gopalakrishnan, Co-founder and former CEO of Infosys; and Lakshmi Narayanan, former CEO of Cognizant.

The funding will accelerate development of the company’s affordable diagnostics tests and expand the market penetration by increasing customer awareness on the importance of genetic tests. It will also be used to broaden biomarker discovery programmes.

The company had raised its last round of funding — $20 million in July 2015 — from Sequoia Capital.

Focused on genomics technologies, MedGenome has over 100 genetic tests for ailments like cancer, metabolic diseases, neurological disorders, prenatal disorders, and eye diseases. This March, the team also launched Oncotrack, a liquid biopsy-based non-invasive screening test that is believed to be able to change the way physicians in India identify genetic alterations and interpret, assess, and treat various forms of cancer.

“Precision medicine is the ultimate goal of clinicians and patients alike, which can be enabled through extensive biomarker discovery. MedGenome has established leadership in genetic diagnostics for inherited diseases in India. We will now expand DNA-based testing to cover infectious diseases like tuberculosis.”

Also read: Janampatri or Genomepatri, Mapmygenome is moving fast in the genetics and diagnostics space to build a map of the Indian genome

“Sequoia is excited to continue this partnership (with MedGenome) and is committed to helping MedGenome strengthen its proposition to consumers and doctors in these markets while becoming a significant player globally in the area of precision medicine through data from the currently underrepresented emerging markets including India.”

“MedGenome’s platform and network are designed to generate actionable insights for clinicians to diagnose and provide better management for complex diseases at reasonable costs."

“Sofina is looking forward to this partnership to broaden the use of genomics-based diagnostics in the Indian healthcare sector and tap into the value of Indian genetics data for research. We believe MedGenome's efforts will have a definitive impact on healthcare delivery in India and around the world.”

Working in the same segment is Hyderabad-based Mapmygenome, which works as a B2B and B2C company with molecular diagnostics kits that specialise in tuberculosis and dengue as well. The company offers Genomepatri, which is essentially a personal report of an individual’s genetic makeup.

However, biotechnology, genetics, etc. are not areas about which one hears a lot in the startup space. From Kiran Mazumdar Shaw’s work to the one-off biotech company getting funded, the news pieces are few and far between.