Letter from Pakistan: The border cannot overwrite a yearning heart 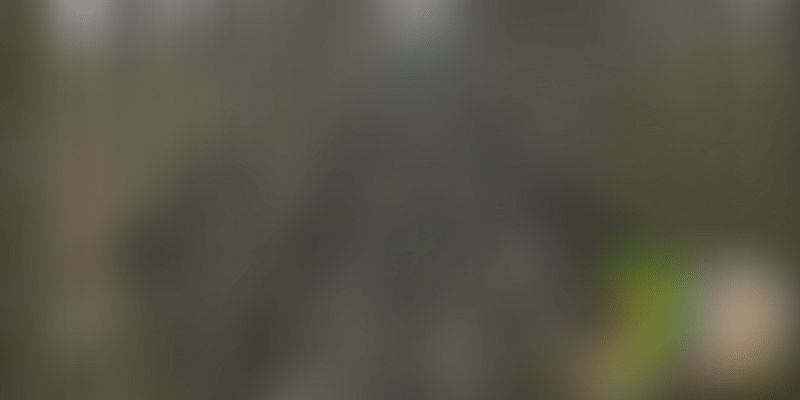 Millions in India and Pakistan have suffered the pangs of partition. But the power of compassion remains the ultimate weapon to change the equation - and sometimes, the course of history.

Aft­er a tiring day, I sit down in my room and take refuge in familiar territory. The notes only get more pronounced every August. Alka Yagnik and Sonu Nigam lend life to the soulful lyrics of Javed Akhtar in a song from J.P. Dutta’s film Refugee.

No border stops them.

Borders are for humans.

Just think what have you and me

achieved by being humans)

The track comes back to haunt every time I think about India and Pakistan in the context of the border. So much hurt, now spiralling into a seventh decade. And yet, it’s not all water under the bridge. The umbilical cord may have snapped, yet, nothing the hate-mongers have wrought over seven decades has done anything to snap the blood ties. We have fought wars and returned each time to the same geographical conclusion: we cannot choose our neighbours.

Personally, one feels a stronger connect: blood is thicker than water, after all. As Akhtar suggests, the border cannot overwrite a yearning heart. Precisely, why Indians and Pakistanis are overwhelmed by warmth every time they cross the forced divide. Like in Bajrangi Bhaijan.

Great changes in perception result from the pure and simple actions of ordinary people. I should know.

My father, Rehmat Ullah Khan, was born in District Kangra (Himachal Pradesh, India). He came to Pakistan on the last train, a boy of 14, orphaned by the worst carnage known to modern history.

His father and more than a dozen close relatives perished in the communal frenzy that followed the partition. He barely survived the horror himself - an attempt was made by one frenzied individual to set him alight in a room full of haystack, which was locked. Fortunately, he managed to escape from a broken window.

Setting aside his personal agony however, he chose not to pass on the burden of acrimonious history to his children. Instead, he put down the greatest genocide in an exodus that claimed the lives of his father and family to a mad frenzy - the consequence, he explained, of the worst face humanity could present in circumstances beyond its control.

Having lost his mother when he was only five; a brother who drowned as a teen; and a sister whose fate we never learnt in the backdrop of the bloody partition, he arrived on the last train into the promised land with no-one to call his own except an older brother, who, too, was initially separated in the resulting mayhem. He weathered the early days by sleeping in graveyard spaces.

Undeterred, he did a few menial jobs only to get himself enrolled in a school - all by himself - at a tender age. After completing his education, he eventually, served in Pakistan’s Ministry of Foreign Affairs and was posted to New Delhi in 1987, which also marked a return - after four decades - to the land of his birth.

My father’s attempts at revisiting the place of his birth - and the death of his father - were however, spurned by authorities in both India and Pakistan because it was deemed by each as going into or coming from the “enemy” country. Millions on either side of the divide suffered the pangs of Partition, but long after the wanton bloodshed, I still shudder at the grave miscarriage of justice where a son was not allowed an opportunity to visit his father’s grave either by the country of his birth or the one he embraced as his own.

My father passed away in 1998, unsung for his remarkable vision as a man of peace, but maybe it was a small solace for his family - my mother and us children - to have had the chance to mourn the loss.

The great injustice my father endured changed my perception of life and particularly, with regards to what path I would choose to take.  I decided that I would take after my father.

In the summer of 2005, when I was Assistant Editor at The News - Pakistan’s largest circulated English language daily - we initiated a campaign to seek the release of Pakistani prisoners of war languishing in Indian jails, in some cases, for more than three decades.

I reasoned with my editor and the reporter doing the story that we should not confine the campaign to only our prisoners but also raise a voice for Indian PoWs on this side of the border.

I insisted it was only fair that the humanitarian consideration at the heart of our campaign should be extended to those Indian nationals, who had similarly suffered the brutality of war and its aftermath.

When the campaign failed to take off, I reminded my editor and the reporter that even if they were only concerned about our compatriots, it would still make sense to highlight the predicament of Indian prisoners since the issue would likely gain greater traction in India and therefore, gather momentum that was direly needed to propel the issue to the centrestage.

Finally, they relented and true to form, the issue created a commotion in India forcing New Delhi to take it up with Islamabad, which already feeling the heat of our campaign, was similarly compelled to follow suit. As a result, the issue of prisoners’ release was hurriedly put on top of the agenda of the foreign secretary-level talks that were due at the time.

How Pakistan’s startups are rewriting their country’s new story

How one man brought 2,00,000 Indians and Pakistanis closer through a mobile app

Before we knew it, the two sides came to an agreement as a result of which more than 600 prisoners, one-third of them Indian, were freed. The sense of fulfillment at seeing these bruised souls see the world again as free citizens cannot be described in words.

I cannot possibly claim it was a personal achievement since I had no power to change things, but I will bet my last rupee on the power of compassion as the ultimate weapon to change the equation - and sometimes, the course of history.

Enter the SocialStory Photography contest and show us how people are changing the world! Win prize money worth Rs 1 lakh and more.Click here for details!