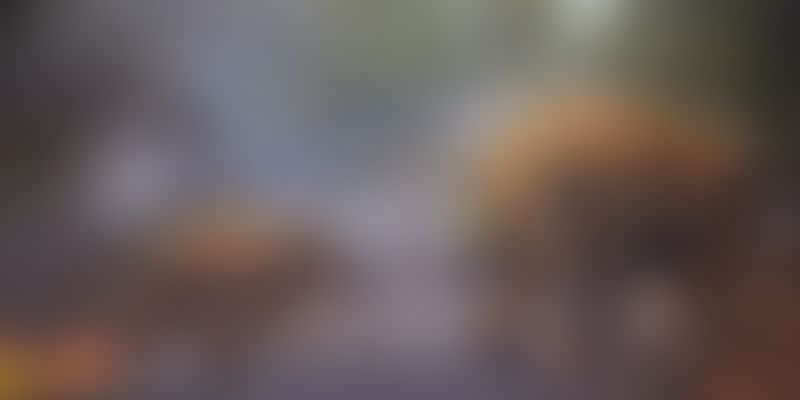 PhotoSparks is a weekly feature from YourStory, with photographs that celebrate the spirit of creativity and innovation. In this photo essay, we feature some of the award-winning photographs on wildlife and conservation from the Nature inFocus 2017 conference!

As we celebrate the festival of the elephant god, Ganesh Chaturthi, one of the tragedies of our times is the increasing conflict between humans and wildlife such as elephants. An inspiring conference and photo exhibition, held recently in Bengaluru, served as a wake-up call for us to not just admire the wildlife India has been blessed with, but to take serious measures towards conservation.

The event was organised by Nature inFocus, which describes itself as: ‘A photo-led exploration into India's wilderness. A photostory platform for you, by you.’ It was launched by Rohit Varma and Kalyan Varma in 2014 (see founder story here).

Out of 4,000 submitted entries this year, photography awards were given in categories such as Animal Portraits & Behaviour, Wildscape & Animals in Habitat, People with Nature, Conservation Issues, Creative Nature Photography, and the Young Photographer Award (for budding photographers aged 17 and under, won this time by Shamshankar Bhat). Held in Crowne Plaza Hotel in Electronic City, the NiF Photography Awards were sponsored by Adobe, and the winners’ photos were displayed as posters.

In this photo essay, we feature the award-winning works of Ramakrishna Aiyaswamy, Pratik Pradhan, Devesh Gadhavi, Riddhi Mukherjee, Jayaprakash Bojan, Varun Thakkar, Manas Sarkar, Aditi Rane and others. The winning photograph was taken by Biplab Hazra, and features a gut-wrenching scene of villagers scaring away elephants with fire in Vishnupur, Bengal. This essay also includes pictures presented by speakers at the conference, such as a jaw-dropping photo of a rhinoceros walking towards the viewer, taken by Sanjana Raj.

We look forward to the fifth edition of the festival next year, and salute the community for their work in strengthening the conservation movement in India! Now what have you done today to take a break in your life, admire nature, and take steps towards conservation?