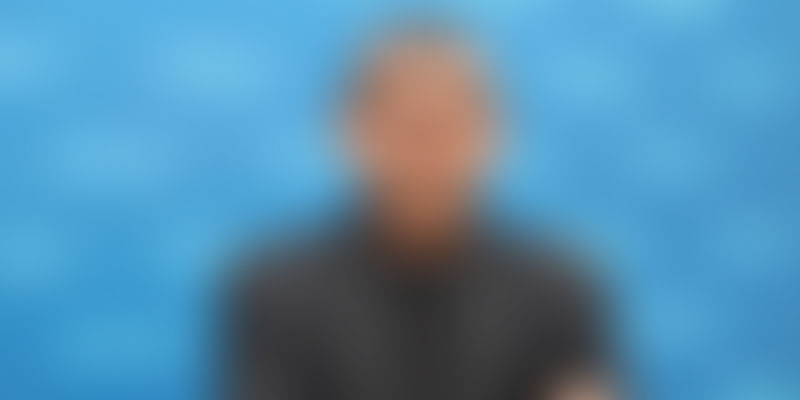 The Murthy versus Sikka tussle has raised serious questions about corporate governance in Infosys.

Vishal Sikka, CEO and MD of Infosys, resigned earlier today, citing personal attacks over running the company as the primary reason for taking such an unexpected step. Increasing differences between Sikka and N.R. Narayana Murthy, co-founder and Chairman Emeritus of Infosys, over the past couple of months is said to be the main reason behind the resignation. The two were often caught in a war of words, with the latter repeatedly taking pot shots at the former in the media. The last straw seems to have been an email that Narayana Murthy sent to his aides, which was published by a business daily on Friday, where he claimed that he had been told by independent directors that Vishal was more suited as a Chief Technology Officer than as Chief Executive Officer.

On his part, Vishal Sikka posted in his blog:

“For days, indeed weeks, this decision has weighed on me. I have wrestled the pros and cons, the issues and the counterbalancing arguments. But now, after much thought, and considering the environment of the last few quarters, I am clear in my decision. It is clear to me that despite our successes over the last three years, and the powerful seeds of innovation that we have sown, I cannot carry out my job as CEO and continue to create value, while also constantly defending against unrelenting, baseless/malicious and increasingly personal attacks.”

Sikka will remain with company till 31 March 2018 as Executive Vice-chairman. Current COO Pravin Rao has been appointed interim MD and CEO.

It all began on 8 October 2014 when Narayana Murthy addressed Infosys employees in the presence of Vishal and other founders, and stated that he hoped the company would be run with the same values as those of the founders.

The six founders of Infosys, which included Narayan Murthy, Kris Gopalakrishnan, Nandan Nilekani, S D Shibulal, N S Raghavan and K Dinesh, stepped down that day and Sikka took over the running of the company amid high expectations. In a highly emotional speech to Infosys employees, in one of the organisation’s grand halls, Narayana Murthy quoted one of the founding fathers of the Constitution of the USA and spoke about the merits of democracy and civility. In his speech, Murthy hinted that Sikka should be a flag bearer of compassionate capitalism, where employee productivity came first.

However, the narratives of the Chairman Emeritus and the new CEO were not in sync as the world of technology and IT services had changed. Sikka endeavoured to change Infosys’ focus from a service-based company to a product and platforms company. Only 5-7 percent of revenues came from platforms. Sikka wanted to change this.

Over a three-year run, Sikka set the company towards a process of design thinking and reiterated that software was going to be more powerful than services. The company re-trained more than 180,000 employees in future-ready technologies like machine learning and artificial learning.

Under Sikka’s tenure, Infosys saw revenue grow at an 11.1 percent CAGR. He also set into motion an entrepreneurial mindset in the company, which currently has 9,500 ‘entrepreneurial’ projects in the works. “These are future entrepreneurs working on projects, and we have introduced a culture of innovation in the organisation,” Sikka had explained.

He is credited with having created a strong product roadmap for Infosys with the acquisitions of Panaya and Skava – cloud-based applications for business - that generate more than 1 percent of total revenues. The company also built an AI platform called Nia and created a system that can take 36,000 queries per second through its banking platform Finacle.

When things came to a boil

Issues between the two have been simmering since December 2016 when Narayana Murthy asked the Board to improve its governance and expressed his unhappiness over the way it was being run. Questions were being asked over the acquisition of Panaya and Skava, and about the golden handshake given to ex-CFO Rajiv Bansal. There were also questions being asked over the senior management’s ‘high salaries’.

The Board came out vocally against the allegations made by the Chairman Emeritus. They termed his letter to the board as “containing factual inaccuracies” and his actions and demands as “damaging to the company”. Narayana Murthy, however, continued to attack the company, which finally led to Vishal’s resignation. A similar tussle occurred late last year between Rata Tata and Cyrus Mistry, where Mistry was ousted as Chairman of the Tata Group over similar allegations of unconventional management styles.

As to Narayana Murthy’s role in the company, sources say he may not return to Infosys, but could possibly influence the Board. This is debatable as the Board has come out strongly against his remarks.

Ultimately, however, differing management styles and unanswered questions over acquisitions and salary packages will very likely lead to a big corporate governance investigation.

Will the company overcome this setback?

Vishal Sikka still believes that Infosys is a big brand and can become a leader in design thinking.

“We have grown our revenues, from $2.13 billion in Q1FY15 to $2.65 billion this past Q1. We did so while keeping a strong focus on margins, closing this past quarter at 24.1 percent operating margin, beating some competitors for the first time in many years, and improving against most in our industry,” Sikka said in his email to Infosys employees following this resignation.

“I have no idea what I am going to do after this. I need to take time off. However, software is eating the world and it must eat the services business. It has to be our own (Infosys) software and not somebody else’s software on the table to make revenues,” he added.

Commenting on the change, Infosys Co-Chairman Ravi Venkatesan said, “The focus is on strategic execution and ensuring that there is a smooth transition.”

Sarabjit Kour Nangra, VP Research-IT, Angel Broking said, “While in the near term, it is a setback for the company; but given the strength of the board of the company, we believe that the company will be overcome the setback.”

The stock takes a beating

Soon after Vishal announced his resignation, and at the time of publication, share prices of Infosys tanked nearly 10 percent and was trading at Rs 920, making it the highest fall in its history. Another fall would further anger shareholders because the company has assured them a buyback of Rs 13,000 crore.

The company has to set a price band that makes the share buyback worth it. Over the next quarter, it also has to ensure a smooth transition to regain investor confidence. However, if the tussle between the Board and the founders continues, the stock could slip further. If clients lose confidence and cancel contracts, it would not bode well for the future of Infosys.