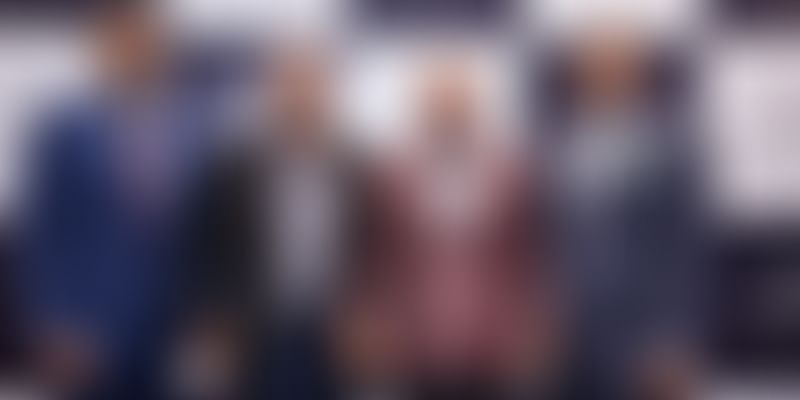 Bengaluru-based fine suits specialist PN Rao reinvents its brand to remain relevant in the world of millennials and hopes to double revenues by 2023, their centenary year.

James Bond, the Kingsman and Barney Stinson - who knows best the power the right suit can vest in you? All of them, for sure, but not more than PN Rao, the Bengaluru-based fine suits company.

Set up in 1923 as a small tailoring and retail unit, PN Rao has come a long way. A Rs 6 crore company a decade ago, they notched up Rs 60 crore in revenue in 2017 fiscal. Well on its way to becoming a Rs 100 crore company by 2020, the group has ambitious targets of getting to Rs 190 crore revenue by 2023. How? By adding more than 35 stores from the current strength of seven stores.

The firm, which has suited up many of Bangalore’s elite and technocrats, had a humble beginning. It was started by the late Pishe Narayana Rao, who mastered the art of bespoke tailoring for officers and ladies of the Empire in the erstwhile cantonment area of Bengaluru, with a small 100 square feet store.

Today, the offices of PN Rao house a six-foot majestic black-and-white portrait of him; his astute visage a strong reminder that all businesses are built on great relationships with customers.

The third-generation partners, 47-year-old Naveen Pishe and 38-year-old Ketan Pishe, greet this reporter with warmth. Naveen is wearing a business jacket while Ketan shows off smart casuals. Both of them have a good rapport and are consistent in their business strategy and what they expect to achieve. This foundation is what strong family business values are built upon.

The evolution of PN Rao

The cousins’ story is about growing the business at least 10 times in revenues, since 2006. Clearly, it is not about the numbers as this company has more heart than just cold revenue growth. This is about reinventing the brand’s DNA – going from a small family retailing and tailoring business to planning to open 35 stores by 2023, its centenary year, and achieving Rs 190 crore in revenue and more.

While we sit in the boardroom, the entire office has the vibe of a legacy business waiting to break free in the digital world. This is the project the two cousins have embarked on and they are now clinically planning to get the group up to speed with fine clothing for the digital economy.

“We are implementing a high-end ERP system for the first time,” says Ketan, who is overseeing the transition into the digital era. Their website is already e-commerce ready, but this ERP, from Microsoft, will integrate the entire group’s operations onto a single dashboard. It will include eight stores and a manufacturing plant. It will also enable the group to make decisions on cash management and understand the burn, in stores, because of certain stock-keeping units.

However, their expertise is in knowing their suits to the finest details. They can regale you with details of a standup collar and the fine craftsmanship of bandhgala and Jodhpuri suits.

After 1998, Bengaluru went from being a pensioner’s paradise to a global hub for technology. That meant a completely new class of consumers began to be created in the city.

PN Rao’s clientele was slowly eroding as the IT crowd looked for other options. At that time, PN Rao was also retailing shirts and trousers apart from suits.

In 2006, the group had a couple of Van Heusen franchise stores and one store of their own with revenues close to $1 million (Rs 6.4 crore). That one store was popular with the old Bangalore crowd. Soon the city began getting new settlers willing to try other brands. With the new crowd, revenues were going to national brands like Arvind and Raymond.

The family needed to figure out what brought in the margins; they could either live in the past or thrive in the present.

“Eleven years ago we had to take a big call, either we expanded or were wiped out by emergence of competition,” Naveen says.

The Pishe family business had to reinvent itself - quickly. The company realised they had no technology, other than just an accounting software running operations. This would not cut it if they wanted to be on top of their retailing game.

PN Rao called in a local consulting firm to study their strengths and weaknesses. The findings revealed that people remembered PN Rao for their suits; the biggest recall was, in fact, their heritage.

Without any further ado, they rebranded themselves PN Rao “Fine Suits” and began to target the premium segment.

What is a fine suit?

PN Rao had to answer these questions to make the global Indian believe in the PN Rao promise.

“We almost set up a large manufacturing unit; this would have eroded our business. We soon realised fine suits were our sweet spot,” Naveen says. He adds that the Ketan and the second generation, Chandramohan Pishe and Machender Pishe, prevailed over the idea of manufacturing suits on a mass scale because it would “just not make us competitive”.

The brothers then spoke to the second generation on how to expand their retail footprint.

Chandramohan and Machender, the fathers of Naveen and Ketan respectively, backed the youngsters on opening a store and provided them with Rs 3 crore. The first store in Jayanagar stocked bespoke suits and ready-made jackets and was spread over 1,800 square feet.

“It was a big bet, it was a test for the PN Rao brand,” Ketan says.

Twenty months later, the store not only broke even but began to generate cash from operations.

“This was a testimony to the fact that people wanted premium bespoke clothing. We were happy that our brand was relevant in the modern era,” Naveen says.

The group has now invested Rs 23 crore and expanded the business to seven stores, with a store each in Hyderabad and Chennai. In the future, they plan to open stores in Tier-2 cities such as Mysore, Mangalore and Coimbatore.

Vikas Lacchhwani, the founder of MCaffeine, a beauty care brand, seems to agree with this step. “The spending power is in smaller towns and most businesses will expand in those regions with brick-and-mortar stores,” he says.

The future: aiming for Suitopia

Naveen and Ketan, although a decade apart in age and academic training, bring in a good mix of the old and the new in executing business strategy. They understand that to build a brand they need a classic tag; all their suits come with the signature of their grandfather.

About 50 percent of PN Rao’s revenues come from their signature collection; the rest comes from the wedding section. All jackets are handcrafted and they have over 150 people working in a small setup to customise the suits. The company has patrons in countries like the US, UK, Japan and Denmark.