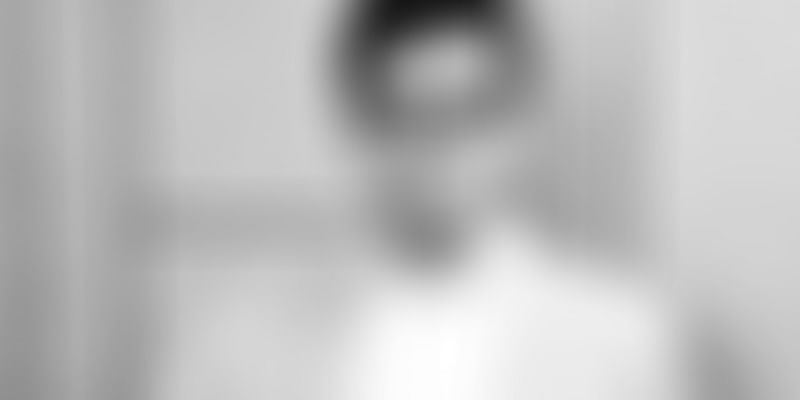 A 150-times exit on investment in OYO Rooms, and with over 53 investments, Artha is moving from a family office to a venture fund. Startups take note.

They say if one has worked with an oil company, they would know the foundation on which the modern civilisation is built. But then, there are others that wager the oil economy would soon be disrupted by digital technologies, and the digital economy would reshape civilisation.

Having worked in Texas’ oil fields for over seven years, 34-year-old Anirudh Damani returned to India in 2013 with a dream to invest in startups that could shape a narrative for the future and execute digital solutions for Indian problems.

Coming from a family of entrepreneurs that has a finger in several pies, including hospitality, real estate and stock broking, Anirudh convinced his family to become angel investors. There has been no looking back since, as what began as investments in a personal capacity in 2011, transformed into a big business by 2015 with 53 investments with a total of Rs 12 crore in corpus invested.

Anirudh’s credentials include OYO Rooms, which gave him a 150x return, to set his sights on turning the family office into an institutional fund.

After six years of hard work, family office fund Artha India Ventures, created in 2015, is now an institutional fund called Artha Ventures Fund-I with a corpus of Rs 200 crore and regulatory approval for a "greenshoe" of another Rs 100 crore.

Way back in 2011, Anirudh began by identifying individuals who could execute business. His first investment was in Caplinked, which provided data rooms - of venture deals – to private equity funds. The company used the cloud to create a virtual room for investors to look at term sheets and legal documents on deals.

These early investments made Anirudh realise the importance of being an angel investor that could show an entrepreneur the journey towards pre-Series A to Series-A funding. He roped in his father and uncle Ashok Kumar Damani and Ramesh Damani, along with cousins Animesh Damani and Apurva Damani to be part of the family office.

“We began investing with Mumbai Angels because (at the time) they had the best deal flow, and the angels were heavily involved in the deal flow process,” he says.

After making five to six investments, in 2011-12, Anirudh visited cities from Chandigarh to Chennai in an effort to understand the startup ecosystem in India that was developing with almost negligible help from the government. “I felt, at the time, that a massive social change was underway in India and there was a strong undercurrent in the ecosystem to take on risk and scale,” says Anirudh.

The family office also joined the Venture Nursery, the Indian Angel Network, and Venture Catalysts, and Anirudh took on the responsibility of evaluating, mentoring and leading investments to get more face time with entrepreneurs and to learn best practices. “I also had to decipher the good investments from the bad and before I knew it, we had made over 25 investments,” he says.

In early 2015, Anirudh had chalked out an investment plan for the family’s funds, and on giving it a structure. He didn’t really have a set investment target in mind, and neither did he want to set a floor or a ceiling on the number of investments. “I wanted enough money to invest in 10-15 companies per year and follow-on for at least two rounds in those companies,” he says.

He, however, adds that one thing that he was clear about was that the amount of investment in each company should be the same.

Anirudh stuck to this investment philosophy as early stage investing is a risky business and diversifying risks is important to build a market-beating portfolio. Hence, the investment amount per round was Rs 5 lakhs from 2012 to 2014, which rose to Rs 10 lakhs in 2015 and 2016. Currently, the average size of investments is Rs 30 lakhs.

To fund investments, a steady cash flow was required, and Anirudh got this money from the family business. The family office bought a windmill in Rajasthan, and cash from the power generated provided cash flows in 2013. The exit proceeds from startups were utilised to buy more windmills, which in turn increased cash flows, and consequently investments in new startups.

The objective was to find startups that could provide services to billions of people, and millions of businesses in India. “My father always said that one has to build a business that 1 percent of our population will buy, and that business will be huge,” says Anirudh. His father’s words were the inspiration behind funding startups that solved real problems, had large addressable markets and enthusiastic and experienced teams. That’s when a formal structure to the investment company began to take shape, and in November 2015, Artha India Ventures was born.

Artha India Ventures and its philosophy

When Artha India Venture was formed in 2015, it was under the family-owned Artha Energy Projects. As Anirudh sought companies to invest in, his experience with OYO Rooms, in which he had invested in 2011, set the bar.

Four things that helped Anirudh while investing are:

These practices were critical in making the decision to invest in Oravel (now OYO), which is now valued close to $1 billion. “This was the first deal that was presented to me after I returned from an AirBnB stay in Colombo, and I realised the OYO type of business can be a big hit in India,” he says.

When Anirudh met Ritesh Agarwal, Founder of OYO Rooms, through Venture Nursery, his first thought was about the number of people in India who owned farmhouses and those who would look to visit one for a weekend with family and told himself that this was an opportunity not to be missed.

“It was a no-brainer investment,” says Anirudh. The bet paid off, he cashed in 150 times on the small investment that he made in the young company. Ritesh pivoted from Oravel to OYO, which manages stays across India, and solved the bigger problem of offering quality stays for travellers.

“But the initial success and funding rounds for OYO were based on creating an AirBnb for India,” says Anirudh. He jokes he learnt a lesson with the deal, though. “I wish we had not done a partial exit in the first round. If we had stayed over, we would have had a 300x return instead of 150x,” he says.

The good investments did not stop there.

Similar to OYO, Anirudh found Exotel another strong investment opportunity. Anirudh’s US company had implemented a V-PBX system in 2010, and he had seen the benefits of cloud-based telephony first hand, which explains his support to Exotel. “When I saw an Indian company trying to create something similar, it was an immediate yes from my side as setting up a telephone line, monitoring calls and providing telecom as a service was non-existent in our country until Exotel and its competitors came along,” says Anirudh.

However, life has not been without failures. Nine companies that Anirudh invested in failed because the technology could not be scaled up.

He says he made good the numbers with four good exits. He adds that in early stage investing, if one startup out of 10 investments succeeded, the investor need not worry. “I must say that in Series A, one out of five investments should succeed, and in Series B it becomes one out of three,” he says.

Anirudh says his investments are more about his family’s values:

Instead of talking about returns, Anirudh quantifies them by the impact they have on the ecosystem that they exist in, and how it has brought him stellar returns. “I cannot disclose the returns for each investment, but five companies have given us not less than 100 percent IRR (internal rate of return),” he says.

In fact, Anirudh’s businesses combine the best of human and machine capital, and look at the future of serving local Indian companies.

Anirudh’s core philosophy, which he gets from his father, is to stay invested for long. A third generation entrepreneur, Ashok Damani started off as a stock broker and quickly made a name for himself in the stockbroking circles. He was nominated on various committees of the BSE (formerly Bombay Stock Exchange Ltd) and was elected as a broker-director in 1998-99. “He also diversified the main business into real estate development and hospitality and now into startups,” says Anirudh.

“As a family business, we are very careful about how we get exits from the investments,” he adds.

Towards becoming an institutionalised fund

The company has so far participated in 125-plus funding rounds, and as Anirudh wondered what next for the family office, the natural progression seemed to raise an institutionalised fund with limited partners. Yash Kela, who leads the Singularity family office, advised Anirudh to think in terms of institutionalising the process of investing as a group and a family. Until 2016, the group hadn’t taken outside capital to grow. At the insistence of Yash, Anirudh set up the Rs 200 crore fund, and in 2017, began scouting for investments from HNIs.

As he ran the numbers, he was pleasantly surprised to find that previous investments, if done as a fund, would have yielded top quartile results globally. The fund would have returned more than 1.25x in cash, and would have given a value of more than 3x the money sitting in investments with names such as NowFloats, Exotel, SuprDaily, Tala, which are yet to offer an exit.

“So, we could safely predict returning 5-6x of capital invested to investors, in 7 years, and that to me was a high reward for the risk taken,” says Anirudh. With numbers proving he could have made more money as a fund, Anirudh and Yash decided on Artha Venture Fund-I to institutionalise funding efforts.

The company plans to invest in 3 rounds - Seed, Pre-Series A and Series A - with an average ticket size of Rs 1 crore to Rs 7 crore. Total commitment for a company over three rounds will be Rs 10 crore to Rs 12 crore.

These family offices have invested in over 500 startups in the country. “The startup can benefit with Indian businessmen investing in the growth. They can also help them by mentoring and connecting them to the corporate ecosystem,” says V Ganapathy, CEO of Axilor Ventures.

Today, Artha is a venture fund and is awaiting a category-1 license from SEBI. The fund is banking on the rapport it has with the founders of 53 investee companies, over 100 angel investors, and relationships with universities in India and abroad, to get access to high-quality deal flows. The company gets anywhere between 50 and 100 proposals a week, which allows it to make 10-12 investments every year. Anirudh says the target is to show an internal rate of return of 30-40 percent.

Coming from the experience of investing in the energy business, it is no wonder that Anirudh Damani is on the money when it comes to the numbers, and his rise from being a micro investor to setting up a large fund is only a natural progression. An avid singer in his free time, Anirudh is taking guitar lessons and alongside is tuning in to build one of India’s largest home-grown funds.