Do Angels win because they have to kiss 10,000 frogs to find which one turns into a prince? 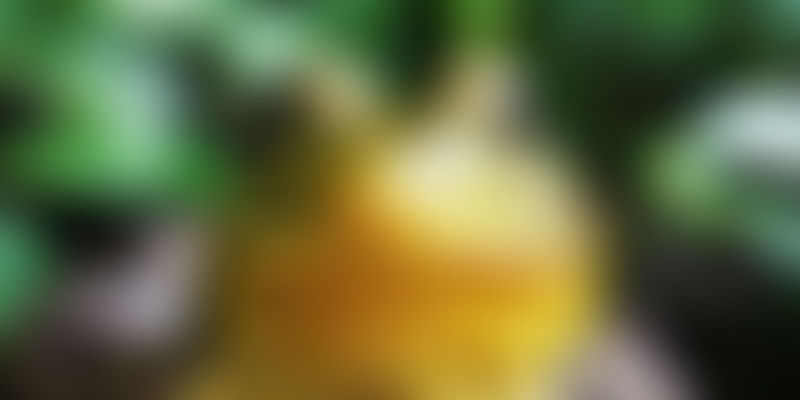 The Angels versus VC debate in the startup world is an on-going one. Can there be a clear winner? It is argued that both sides take a risk. The question is who takes the bigger one.

This year so far, the Indian startup ecosystem has witnessed 101 acquisitions and 10 IPOs. This year also saw the mother of all battles play out among founders, angel investors, VCs, and PE funds as far as the Snapdeal pie was concerned. The fact that the founders playacted the ‘wise monkey’s’ role in the fight among the rest of the ‘cats’, is now the stuff of Indian startup folklore.

But as with all good stories, it also threw up a few ‘lessons’ for the parties concerned. The most important question it raised was how the startup pie should be divided among the stakeholders.

Though not a mature ecosystem like the Silicon Valley, there have been instances in the past when the angel investors and VCs (or in some cases even the PEs) have had a few faceoffs here.

By virtue of it being a nascent ecosystem, the Indian startup world is incestuous in nature. There are not many public spats and the general refrain is it is best to keep it all within the family.

Two sides of the same coin?

Interestingly, a recent study by Let’sVenture exploring the Angel/VC sentiment attempted to answer the question whether they are two sides of the same coin and whether they win together.

Fifty-two percent of the Angels surveyed said they didn’t get an exit easily or got unfair terms while only a third said they got a fair exit opportunity. Some VCs claimed they want the Angels to stick around till the company actually exits and everyone makes money.

At this point, it is noteworthy to revisit a widely shared CB Insights infographics of the funnel on funding ecosystem in the US that shows the ratios of startups moving to the next stage diminish rapidly. The report says, “Going by numbers, this will comparatively be the same for India. For more companies to be available at the top of the funnel, it is imperative that angels work well with VCs for their portfolio companies.”

It is no surprise then, that the challenge in India for the early stage is not so much the capital as it is a qualified pipeline. According to many early-stage investors, there are only a few startups that are investible. Which is to say that only a few startups have these three aspects in place: Their product is in order, they show a reasonably different value proposition and are not a copy of an existing model, and they have a little bit of customer traction.

“If you do not have these basics in place then you are either raising money too early or going to the market too late. We do not know the difference, and spend a lot of time figuring this out,” says an early-stage investor and mentor who refused to be named.

There’s a running joke in M&A, he says, which goes like this, “I have to kiss about 10,000 frogs to know which one turns into a prince, but the problem is after kissing about 5000 frogs, every frog looks like a prince.”

Angel investment is more about getting involved and less about cutting a cheque. Angels are taking the bigger risk here. Says Saurabh Srivastava of the Indian Angel Network (IAN), “Angels can afford to take a bigger risk because it is their own money that they are investing. VCs, on the other hand, are answerable to the LPs, and thus play it safe.”

The Let’sVenture report says many VCs put out an argument saying, “We didn’t raise LP money to give angels an exit.” Thus limited exit opportunities also mean limited funnel being created at the top. “There have been cases where the VCs have claimed to have walked away from a deal either because the price was not right or because the Angels were forcing an exit. As an entrepreneur myself, I know this could be the worst position to be for a founder – it’s like wishing your family and your in-laws magically became best friends!” says Shanti Mohan, Founder of Let’sVenture.

To understand the power dynamics of the relationship between Angels and VCs, let’s revisit some home truths to find if there exists a half-way meeting point for the two that makes the Indian startup ecosystem work rather than mar it. In effect, as many say the argument is not VCs versus Angels, but how the two can work with each other.

The jockey or the horse?

Angels bet on the jockey and not on the horse. Typically, they will know the founder and the team, and though they may not understand the sector well or have faith in the idea, they are assured that the people leading the venture will see them through.

Saurabh Srivastava, who has over 15 years invested in over a 100 companies (including some like Vishal Gondal’s India Games), says whenever he has betted on the team rather than the idea, he has won.

Most early-stage investors prefer to go with a syndicate like the IAN since the assumption is that if you are around 100 people in the syndicate, everyone is good at something. So given a deal X, there’s always a person P, who knows the subject and the business. She can bring in other people as a sub-group which leads the investment and others just follow on and cut the cheque.

And when the deals increase, there’s a pure distribution model. There’s always another team where the individual goes by what another says. So, ideally, there will be some that one person will lead and some that she will follow.

A syndicate makes it easy to add value to a startup because it is a group, so one can draw on many skill sets. It is also much easier when one wants to exit. Someone will know the next level either in the customer or in the industry. And finally, God forbid, if there’s a problem then there’s the strength of the community to fall back on.

So typically, what a seed or Angel investment does is create a balance between the aspirations of a founder to change the world and keep their feet on the ground to get traction so that their vision and traction are co-related.

The scenario for the startup founder then looks like this: One starts at a PPT level, then comes to the product-market fit and that is when it is time to visit a financial investor – the VC. This is the train or the pipeline that is getting built right now.

Ideally, an Angel would want to exit within five years. VCs typically have a five to seven-year window before they think of an exit. This is because they are looking at scale – the product-market fit has already happened. They are more worried about the limitations of the market – how much market share can the venture get? Where can it expand to?

The Angels do the early rounds and hand it over to the VCs when the company does well. But that hasn’t always been the case, more so in the recent past there are enough examples where Angels and VCs have fought over their share of the pie like it happened in the case of Venture Nursery, an early-stage investor in OYO Rooms, which demanded an exit at a higher valuation during OYO’s acquisition of Zo Rooms.

In this stage, the three main things that determine the value of a company are the team, product, and initial beta testing or traction. With each stage, the complexity of these factors further adds to the value of an organisation. It is a known fact that founders with success in the past get higher valuations. For example, Mukesh Bansal’s first round itself, before the product was even launched was at $20 million. A guestimate of the valuation of Curefit was approximately $50 million.

Now if Curefit does well, then the initial valuation is validated, if it doesn’t then the valuation isn’t validated and Kalaari and IDG (their initial investors) don’t get the returns they had hoped for. This then becomes the bone of contention between the early investors and VCs.

It is understood that with every fundraise that a company goes through, the equity of the founder and early investors start diluting. Now, if an investor wants to hold on to her share of the pie she needs to keep investing a certain amount to ensure her equity stake. But this also means that the pie is being divided.

In most cases, Angel investors who get the maximum returns also have the most risk. If a company fails in the early days itself, they lose their money completely, but if they exit during the later rounds, in many cases they even make 20 to 30 times of their investments. Like with Zishaan’s Powai Lake Ventures, sources claim he made close to $20 million for a $2 million funding at Housing.

In this game, either the Angel decides to sell her stake for a certain amount or she does not, depending on what a VC decides to buy it for. This decision is based on the investor’s idea of what a company should be valued at, and what are the returns they can anticipate depending on the money they put in.

The higher amount of money that an investor puts in, the more their stake in a company and the higher the returns for them when they exit. In effect then, the exit from a company and an IPO is more for the VC than the entrepreneur.

Explaining the difference between building a product and a company, Ben Horowitz, of the Horowitz of Andreessen Horowitz, writes in his blog, “Building modern companies is not low risk or low cost: Facebook, for example, faced plenty of competitive and market risks and has raised hundreds of millions of dollars to build their business. But building the initial Facebook product cost well under $1M and did not entail hiring a head of manufacturing or building a factory.”

Which means that for tech companies when they are validating their products they need Angel investors who will “bridge the gap between building the initial product and building the company.”

So why do the Angels take this bigger risk? The motivation here is not only financial. “If that were the case, I always tell people like the Zaveri Bazar moneybags that this is not a money lending business,” says the investor who refused to be identified, adding, “It is like asking a mountaineer why they climb when they know that there’s only one-fourth chance of survival above 25,000 feet and above. As one of them answered, ‘I don’t climb because I want to survive. I climb because my obsession overrides logic. I want to claim the peak, that’s it.’ ”

(With inputs from Sindhu Kashyap)