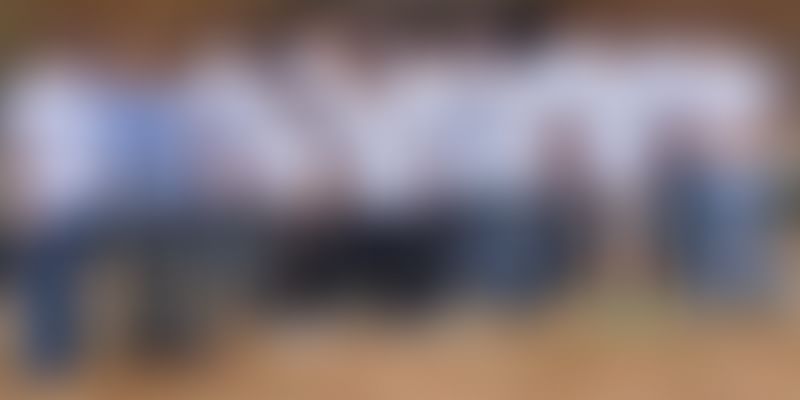 Mumbai-based LyncBiz, which helps companies enable and execute sales strategies for faster time to market and growth, is aiming for Rs 6.5 crore in revenue by the end of the year.

A decade ago, multibillion-dollar Japanese automaker Nissan Motor Company came to India through a master franchisee, which studied the market on behalf of the company and set up the entire dealership network. Several global companies choose to take that route before risking it all in a new market. But now with Indian companies going global, there’s a demand for a company that helps them conquer foreign markets.

Take the case of Anup Balagopal, founder of TorchiFi, a cloud-based payment and engagement app for restaurants. He went to the US to find new business and realised that his product fit was best in North America, and not in India. Fortunately, his experience was not expensive and the shift was perhaps his best move.

Like him, there are several who venture into the US. However, without any support or backing they could lose their hard-earned venture capital money on sales and marketing in new markets.

Enter LyncBiz, a startup founded in 2015 to ease the pain for companies like these by offering research and running sales on their behalf.

Yatin Kantak, the 49-year-old Founder of LyncBiz Corporation, says, “We help products and services companies to engage, enable and execute their sales strategies for faster time to market and growth.”

It took Yatin a good two years to establish and bring a couple of large firms to India.

Nasscom predicts that there are at least 800 companies, of all sizes, coming to India to set up local offices.

Two years ago this boom hit fever pitch in India with the likes of Flipkart and Snapdeal raising billion dollars. It also brought Amazon into India as a major player. India had piqued the world’s interest.

LyncBiz offered to set up and run the India offices (of these foreign companies) until the company’s product or service achieved critical mass in the market. That’s when LyncBiz would capitalise by selling the company or ink a JV with the global corporation.

So far the LyncBiz team has brought in a global payroll company called SafeGuard World International and a Finnish tech company called Claned. There are several other companies for whom the company is setting up businesses, but the duo did not want to disclose details on new agreements.

Sandeep says: “While we are getting a good global pipeline, we are now focused on taking Indian startups to global markets.”

He adds that Indian companies can use the sales arms of LyncBiz to set up their US or European businesses, and have them report directly to founders based in India.

“Founders can close important business deals in the US. But, they can remain in India and focus on creating global assets,” he says.

For both Yatin and Sandeep starting at such a late stage – comparatively - was not an issue because they had both excelled in their corporate careers and had the backing of their community of contacts to grab this opportunity.

And the opportunity was to ease the risk for the startup or company going abroad for the first time.

A certain retail CRM startup which raised $16 million in India, went to the US between 2013 and 2015, thinking they could crack the market. They soon realised that their local sales hire did not win any business and before long they had to shelve their North American plans. LyncBiz, at heart a sales management consulting firm, wants to sidestep all such scenarios.

LyncBiz has closed revenues close to Rs 4 crore and expects to cross Rs 6.5 crore by the end of the year. Its business model is to charge startups or companies a fee for setting up and running the operations. Salaries are directly paid by the startup, but LyncBiz sets up the operations entirely in the foreign market, including closing contracts with clients. The company also does the product market fit and research about the market, which is paid for by the company that wants to go abroad.

“We take care of all the legal and market-related processes before the startup can move in on its own in the market,” Sandeep says.

The competition for LyncBiz is from consulting companies like Deloitte, KPMG, McKinsey, PWC and E&Y. However since LyncBiz draws from people with marketing and technology expertise, it says it can go beyond consulting and execute on behalf of the clients by running the business.

The startup is looking for funding as it is now in the process of setting up global offices.

Mohandas Pai, Managing Director of Aarin Capital, says, “Going to key markets is very important for startups and they need thorough research before they enter any segment.”

LyncBiz Corporation wants to become the bridge between Indian startups and the world. Will they be able to support every startup that goes abroad? Time will tell.