[Jambalaya] Finding the balance between happy customers and happy investors 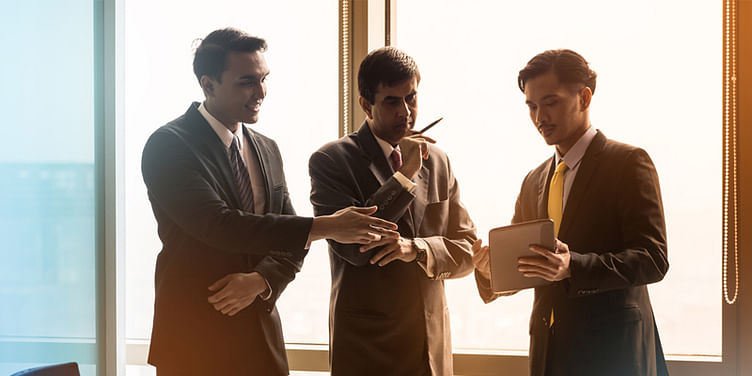 For any company to run efficiently, it needs to find a good balance between keeping its investors happy and simultaneously achieving customer satisfaction.

United Airlines is like a running advertisement for how to Make America Grate Again! No corporation tramples on its customer consciousness and invites ridicule as often as the world’s third largest airline. The wounds are always self-inflicted.

Back in 2009, after a nightmarish encounter with United, singer and songwriter Dave Carroll released his chart-busting track ‘United Breaks Guitars’ on YouTube, unleashing a media storm and triggering a PR disaster for the company. Dave and his band were flying to a concert when luggage handlers broke his precious guitar. Instead of empathising and helping him find a solution, United sent him on a wild goose chase, culminating in a denial of compensation. Not even $1,200 worth of travel vouchers to cover the cost of repairs. Which was Dave’s modest and final ask.

Early this year, United reclaimed the headlines with a vengeance. In April, they violently ejected the elderly Dr. David Dao from his seat, dragging him down the aircraft aisle, face bloodied and teeth knocked out. The event went viral on social and mainstream media. A week later, they inexplicably bumped a couple headed for their wedding in Costa Rica off another flight, for the crime of occupying seats other than their assigned ones. In the same month, they allegedly froze a trophy rabbit to death by leaving it in sub-zero conditions for 16 hours, then cremated it without permission from its owner. Soon after, they blithely flew a helpless Paris-bound French lady 3,000 miles in the opposite direction to San Francisco. If ever there was a crown for a corporation taking leave of its senses, United seemed determined to win it.

For any CEO, that is a lot of bad news to unpack. How does one survive such terrible press? Well, guess what, United is a well-run airline in the eyes of its investors. A recent essay in Fortune lays out how chief executive Oscar Munoz boosted productivity in the last two years. He successfully completed the unfinished United-Continental merger by maniacally standardising processes, eliminating variations, and restricting staff from using discretion in the field. He tightened the screws by strengthening organisational structures, processes, and compliance. In turn, these actions boosted United’s stock price by 45%. In effect, he took power away from his frontline staff who are charged with customer care. By prioritising rules over flexibility, rigour over customer care, and ruthlessly chasing operational efficiency, Munoz re-engineered United to deliver on investor expectations, customers be damned.

This is precisely where our dearly departed writer, Robert Pirsig, becomes relevant. His novel Lila makes a persuasive case for why every good system must learn to balance the eternal struggle between static and dynamic patterns. Static patterns deal with forces of continuity and certainty. They must be encoded, for the purpose of preservation and replication, in the form of standards, procedures, and rule books. Dynamic patterns grapple with forces of change and uncertainty. They too ought to thrive within a good system, manifesting in the form of new experiments, innovation, and adaptation.

The question isn’t whether a system should have either static or dynamic patterns, it must have both. And it is the ability to harmoniously balance both of them within a single system, without giving rise to conflict, that determines the success of a system over the long haul. Evidently, United’s static patterns had been strengthened so much that its dynamic patterns had been eradicated. Faced with customer situations that required the creative application of dynamic patterns, the airline could only muster up unhelpful static patterns. And it boomeranged spectacularly.

Let us extrapolate from United for a moment. In the case of the airline industry, it appears that financial success stems from static patterns while customer delight stems from dynamic patterns. It is very interesting to note that the three largest global airlines by revenue, American, Delta, and United, do not figure in the Top 10 list by consumer feedback. Conversely, the three global airlines most popular with customers, Emirates, Qatar, and Singapore, do not find a place in the TOP 10 list by revenue.

In fact, there are only two airlines in the world, the German carrier Lufthansa and the Japanese carrier ANA, who make an appearance on both TOP 10 lists. In a clearly tough industry, only Lufthansa and ANA have managed to get their static and dynamic balance right. They are as financially successful as they are loved by their customers. Pirsig would be pleased with their long term prospects.

Robert Pirsig’s first book Zen and the Art of Motorcycle Maintenance made him an international celebrity. He followed it up decades later with Lila, his second and last book. As a college student in the late ’80s and early ’90s, I bear witness that his books and ideas had a profound and far-reaching impact on many young men and women of my generation. His eloquent writing, his neurotic borderline characters, his uncanny ability to integrate inter-disciplinary ideas, and his insistence that we must have the courage to re-interpret the meaning of quality and morality in an entirely modern way, was at once inspirational and liberating. Many do not know that Pirsig had a strong India connection; in his youth he attended Banaras Hindu University where he studied eastern philosophy.

Here is a question I have asked myself often. What does it take to write incandescent prose like Robert Pirsig? O Captain, My Captain, I am still searching for an answer.